You are here: Home / Travel / Asia / Wonderful Wakatobi
416
SHARES
FacebookTwitterStumbleuponBufferPinterestPocketGoogleWhatsapp
Mail
Wakotobi is a remote group of four islands off the southeastern most tip of Sulawesi in Indonesia. Wangi-Wangi, Kaledupa, Tomia and Binongko Islands make up the regency of Wakatobi.

The voyage here is epic and involves a two flights from Jakarta. of course my original starting point was Cape Town South Africa, so the movie below shows the overall route I took to get here.

Here’s the basic route. Jakarta to Makassar. Makassar to Wakatobi and then onward to your accommodation. Of course this is just one route, I’m sure you can arrive at Wakatobi from other airports.

Arriving at Wakatobi airport was simply surreal – I’ve never in all my travels experienced a welcome like this at an airport. Dancing, drumming and all round festivities. It was magic and any travel fatigue we had simply melted away.

Sidenote: Wakatobi airport is ridiculously modern for a such a tucked away region of Indonesia. Aircon was pumping, tiles were shiny and sleek and although the place is literally a large waiting room – it was brand new and dare I say – better than all the other Indonesian airports I went to! Except Bali of course. I love Bali’s airport. 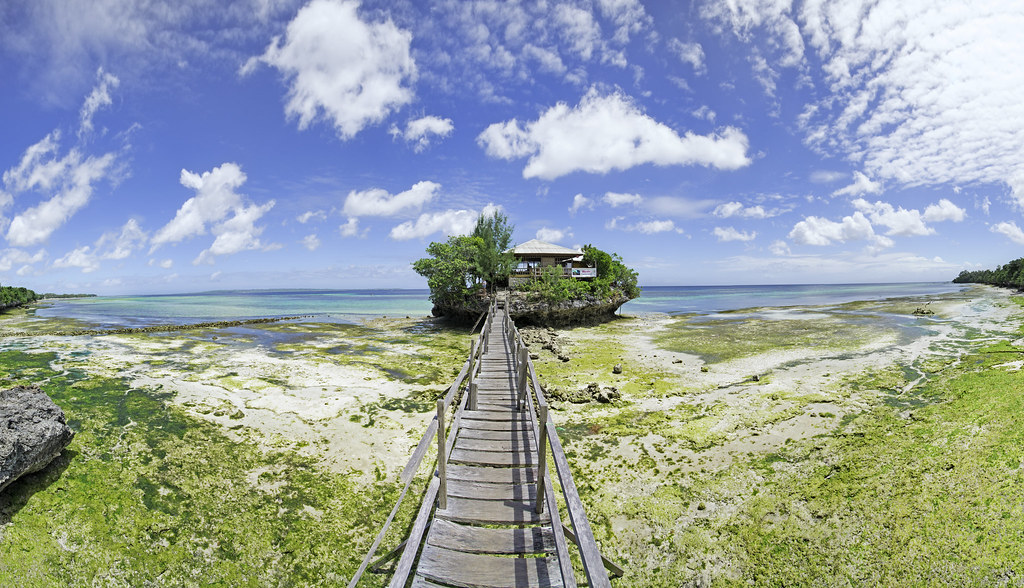 Because we were on the job, we had a lot to fit into our two nights on Wangi-Wangi. So before heading to our hotel we were informed we’d be having lunch first. After flying I’m never generally as hungry as I am keen to take a shower so the thought of pit-stopping wasn’t a particularly pleasant one. Until we stopped.

It was heavenly! never mind the looks and the location – everything was perfect. A gentle wind from the ocean cooled us down and the food was simply delicious. Wasabi Restaurant proved the perfect place to relax and unwind. And it’s also where I first began to feel the magic of Wakatobi. 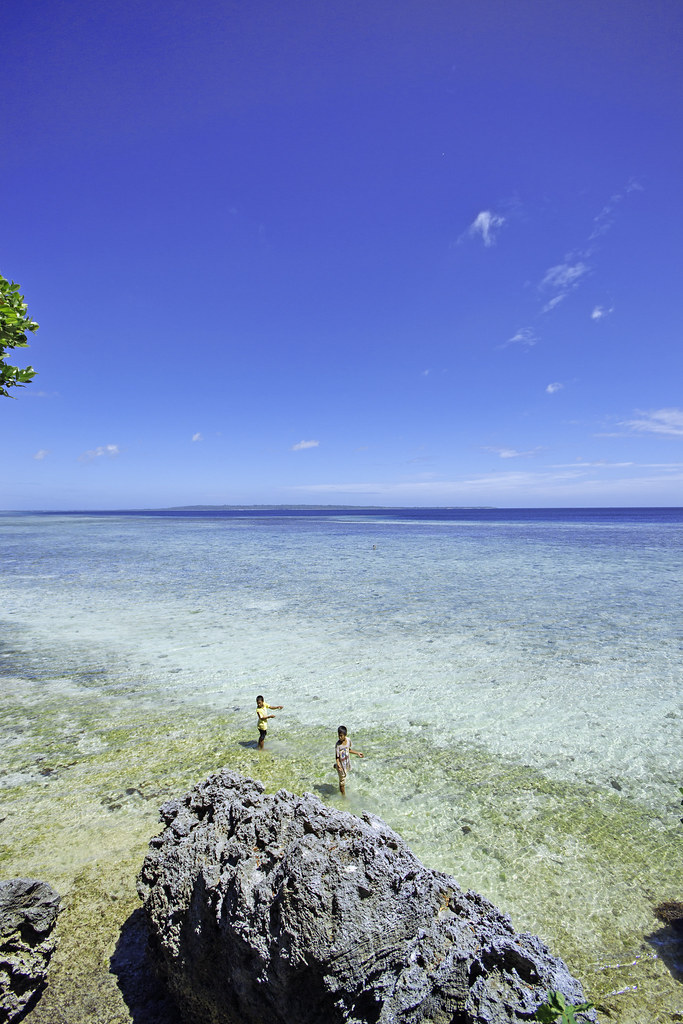 So after our inspiring lunch at Wasabi Restaurant we made our way to the place we would call home for the next 2-3 nights – The Wakatobi Putano Resort. I have no idea how many hotels are on Wangi-Wangi, but I feel like we won the lottery by staying there. It was magnificent. The rooms are large and spacious and the whole resort is very picturesque.

We ate all our meals in a large restaurant which proved perfect for catching up on the days activities. There is also a bar that serves alcohol in the restaurant. 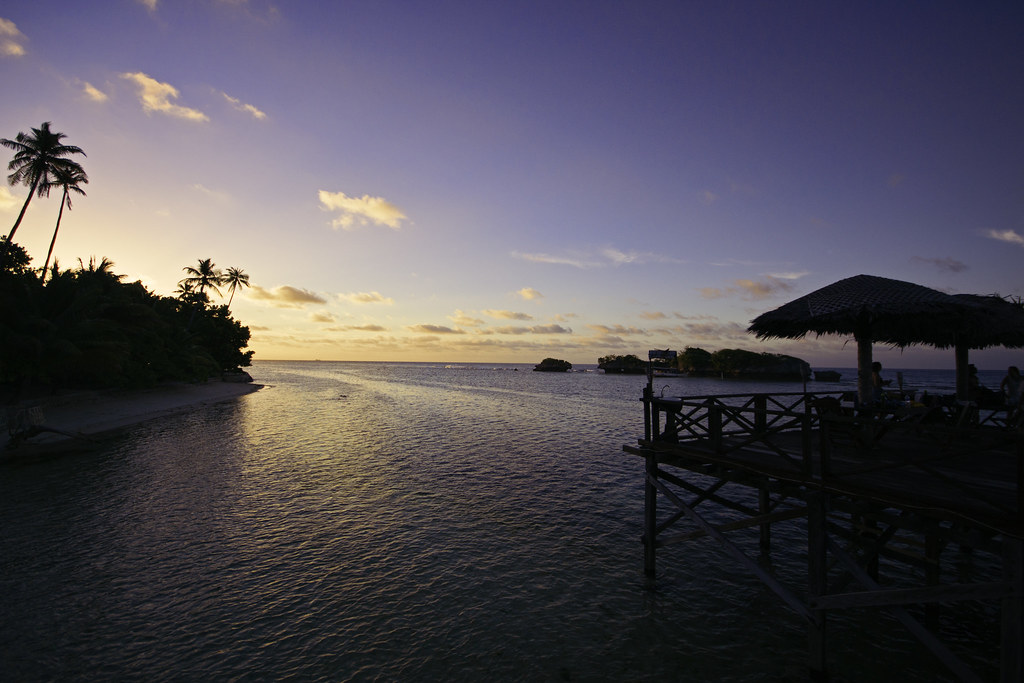 Sunset drinks from the jetty.

Here it is, the biggie. What is there to do on Wakatobi? Well it’s all pretty much water related and seeing that you are on what is literally one of the worlds most exquisite coral reef sites , you should definitely get involved.

Wakatobi is no secret amongst divers. The chain if Islands has a rich heritage of coral reef which boasts around 850 species of coral . Compare that with the 50 species you’ll find the Caribbean and you can easily work out that Wakatobi is one the best diving sites in the world! So I recommend diving and snorkelling as much as you possibly can while you are here because who knows when you will get the chance to come back .

And that’s exactly what we did. 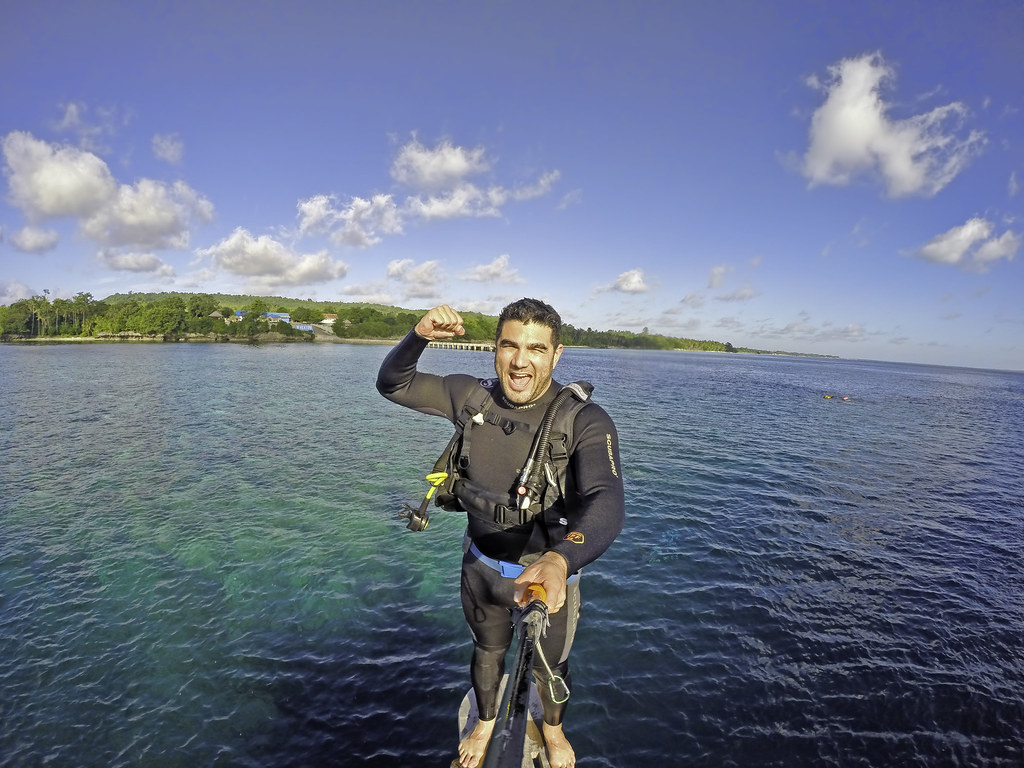 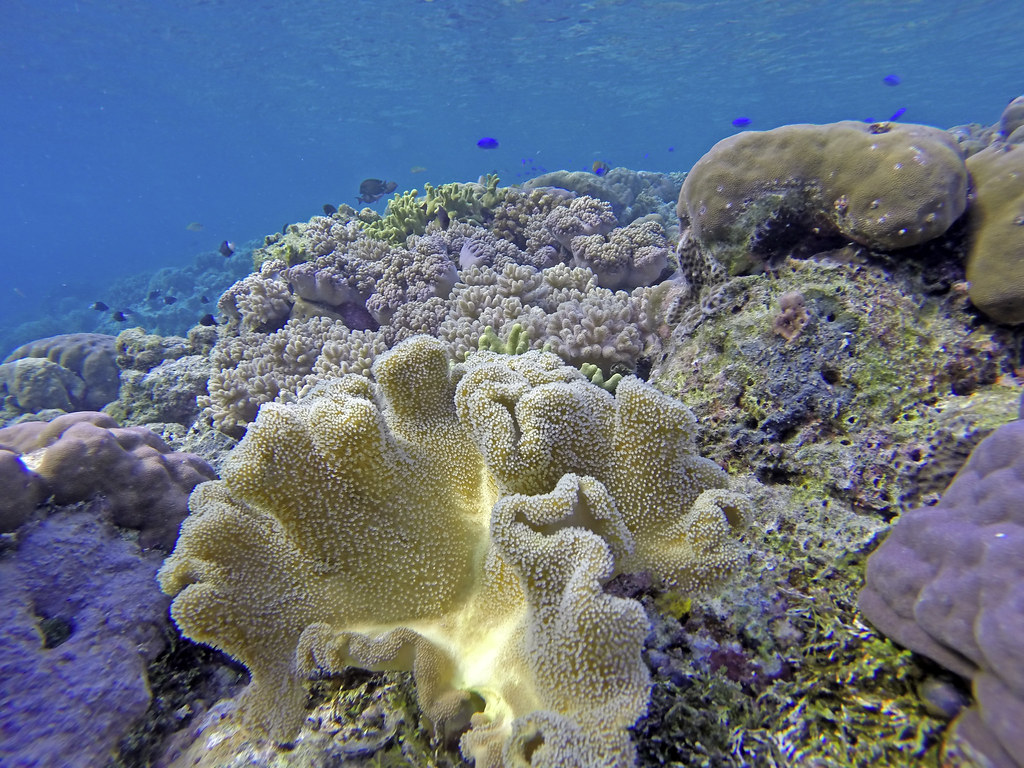 We got up to so much fun as a group. The above boomerang is just the tiniest little snapshot! We were jumping of the roof of the giant dive boat, eating snacks, laughing, swimming, taking 100’s of photos, movies and soaking up the sunshine. It was on elf my most memorable moments of the trip.

Determined to make the most of our time in Wakatobi, we decided to rent a speedboat (with driver) and head out to visit one of the famous Bajo Tribes on Indonesia. The Bajo are a people that do not live on land. Instead they build their homes on the reef and are notorious for being nomadic. They move around.

The tribe we visited, however, looked a little more permanent than the images I initially had in mind. They even had a school. And as if you ‘re imagining some a dwelling in the middle of the ocean, you’d be wrong too. This village was very close to an island with a working population on it. Whether the Bajo chose this location for convenience or perhaps shelter from the land, it’s difficult to say. Nevertheless it was a fantastic experience. 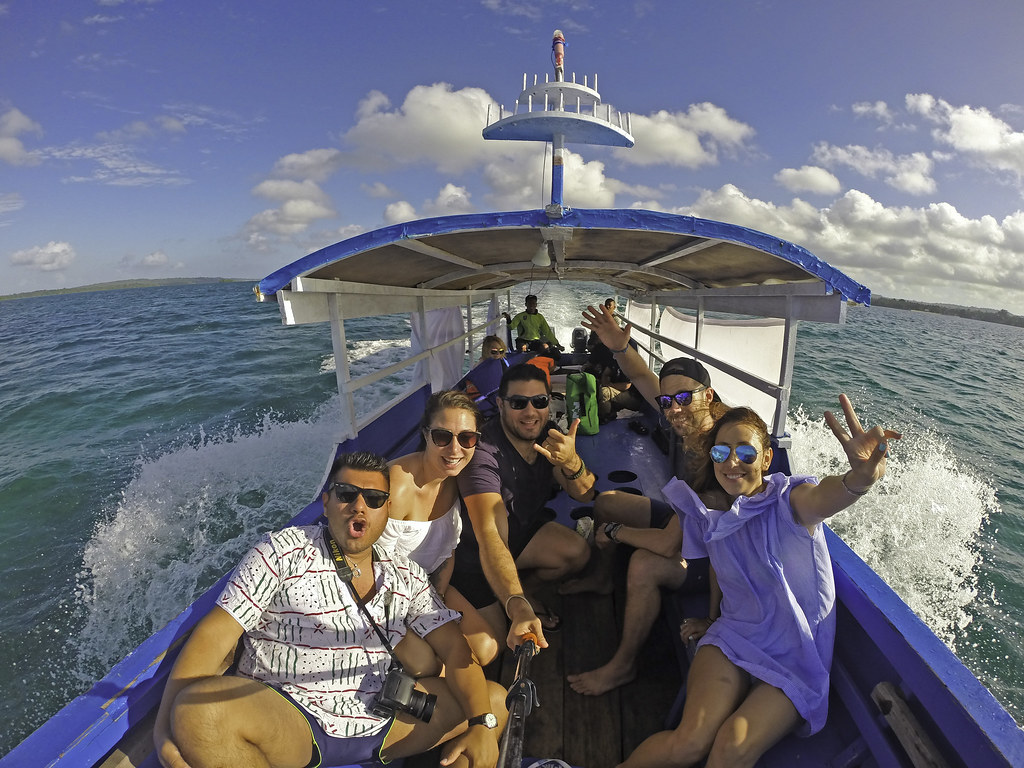 It took us about two hours to get there from Mainland Wangi-Wangi in this boat. We later got soaked as the swell picked up!

Below are some of the images I took. We first stopped briefly at a small Bajo tribe just off Wangi-Wangi and then proceeded to a tribe further out, roughly two hours away. Ps, the boat we took was smaller than the typical ones and we paid by getting completely soaked “head-to-toe” before we even arrived. Fantastic memories. 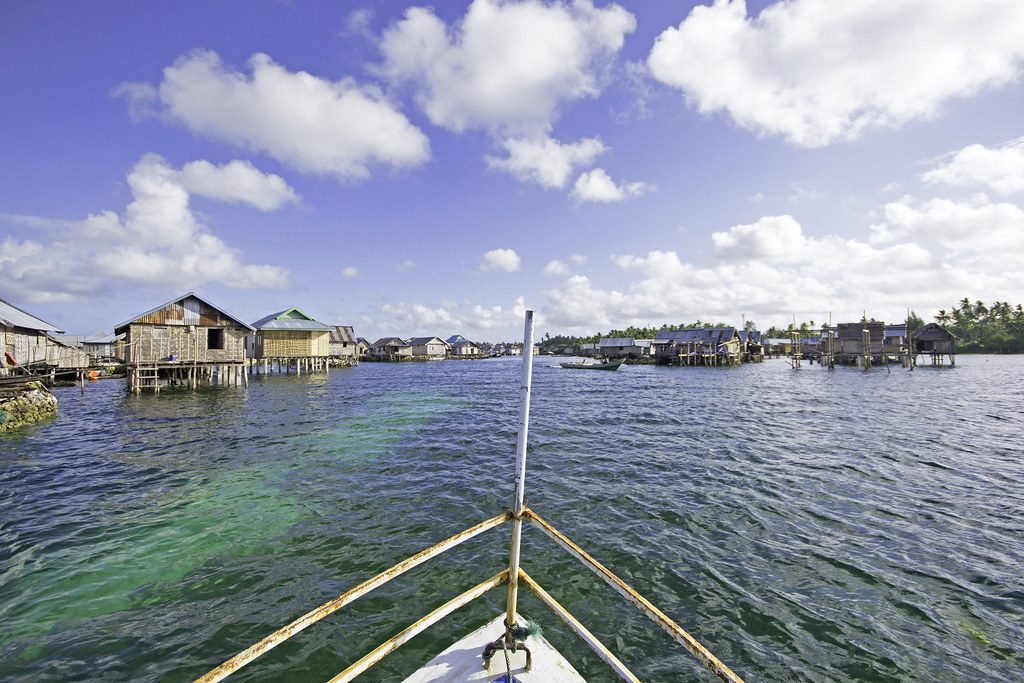 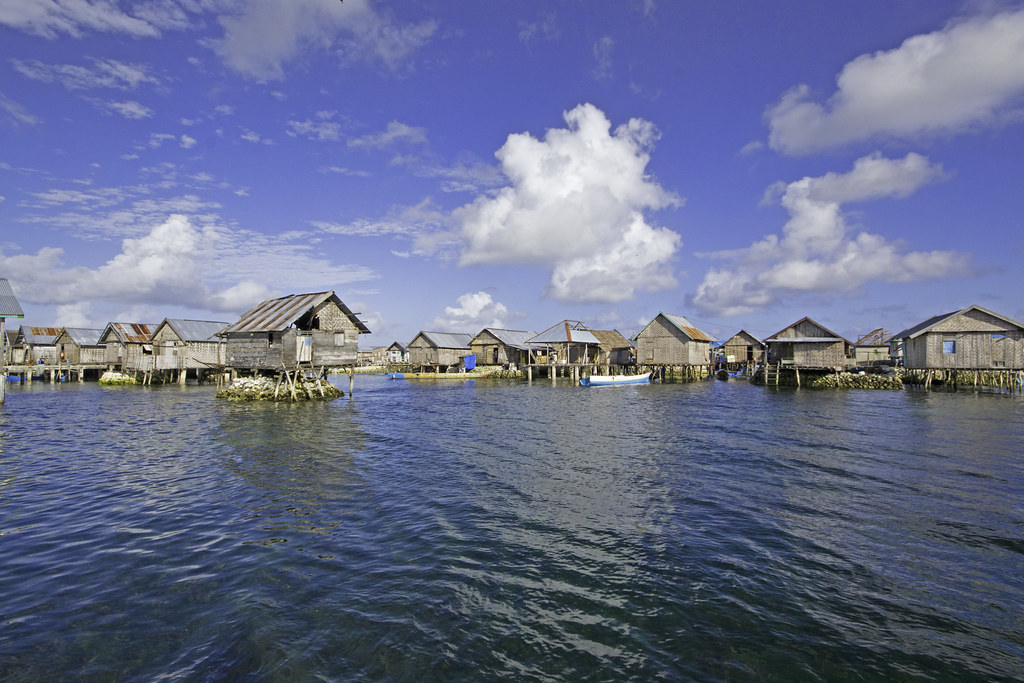 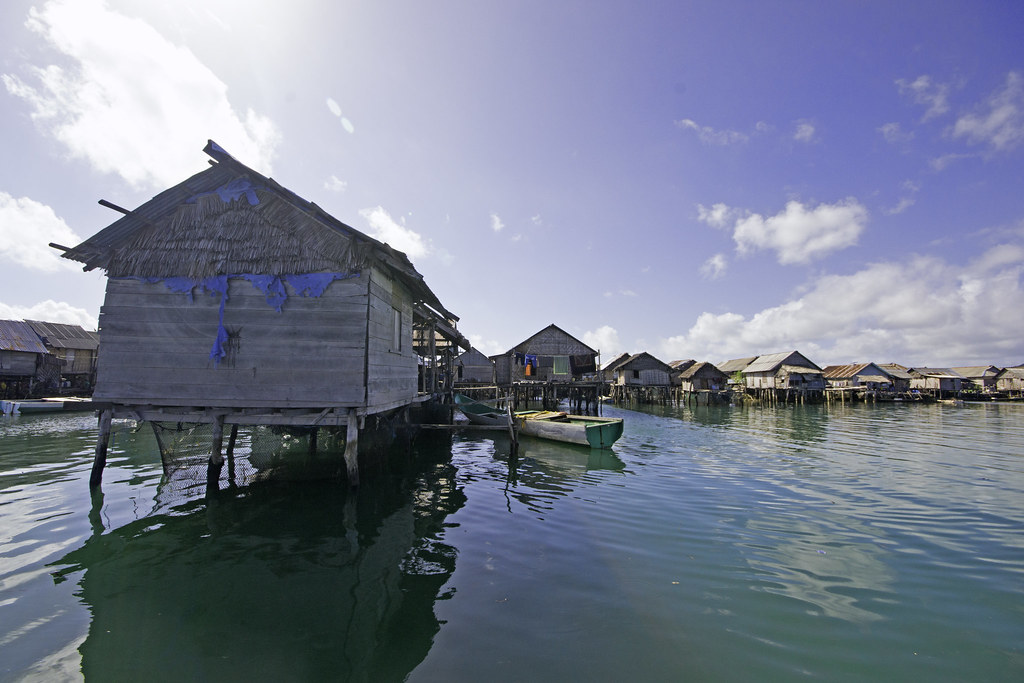 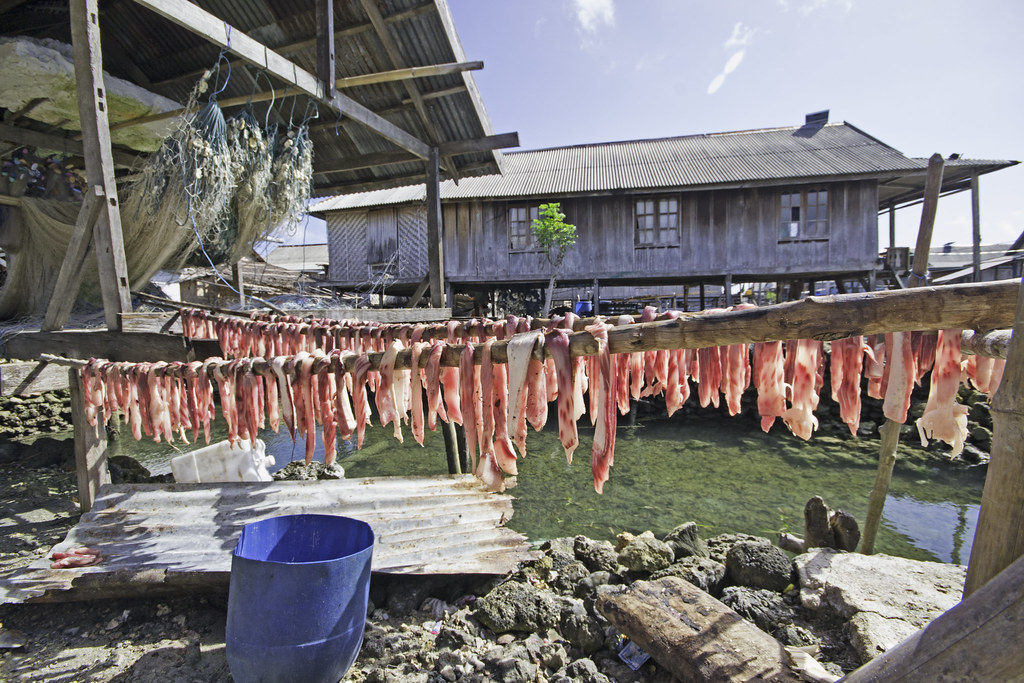 Drying strips of stingray. The smell was almost unbearable. 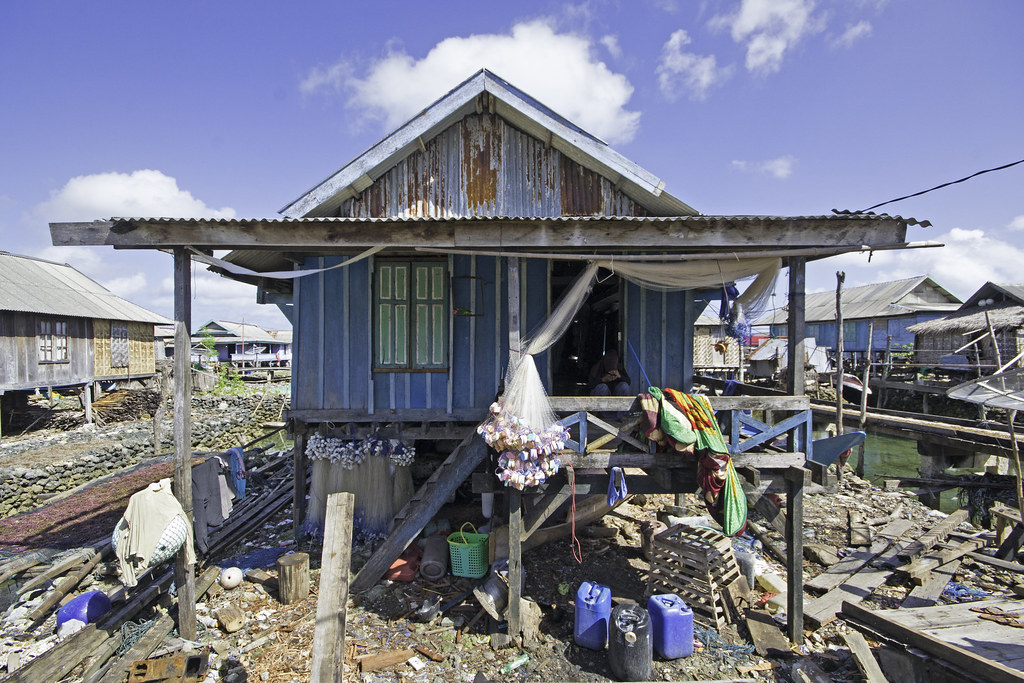 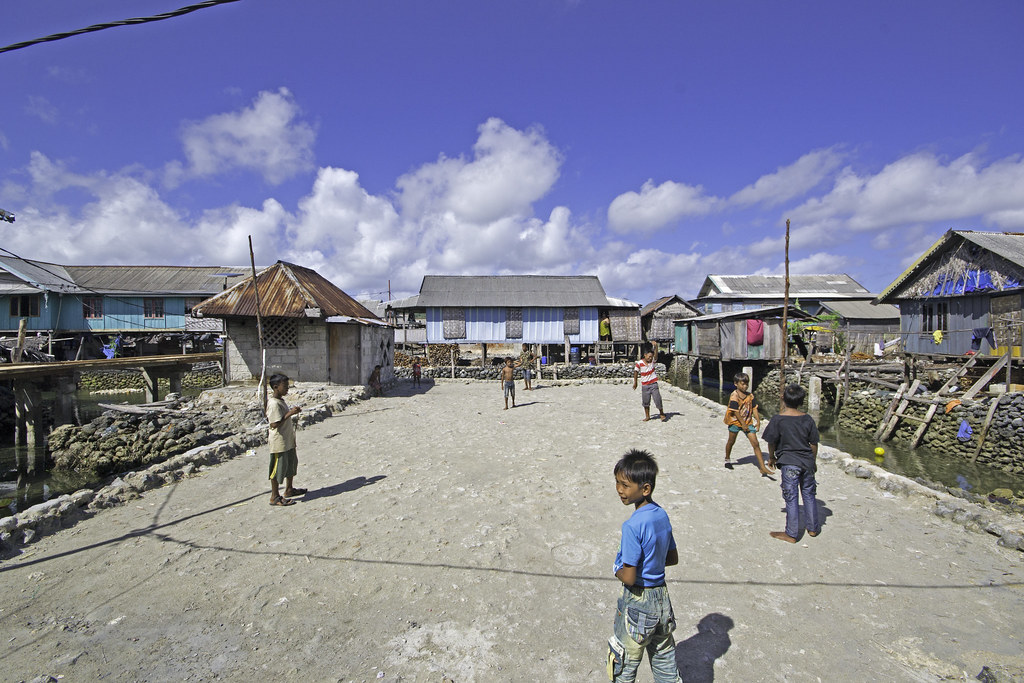 Soccer time for the boys. 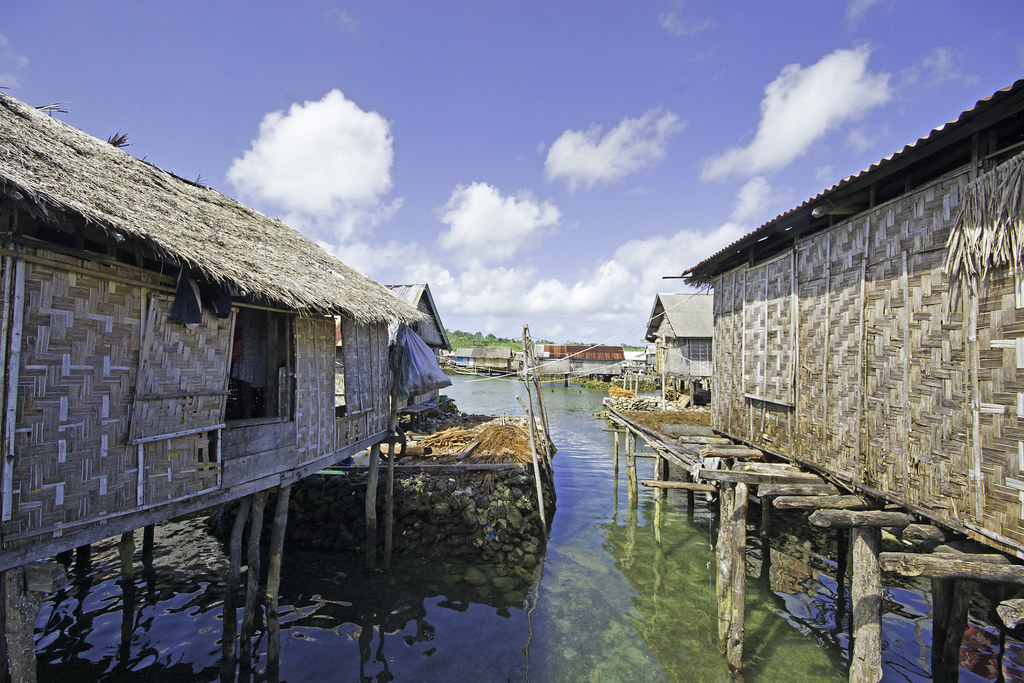 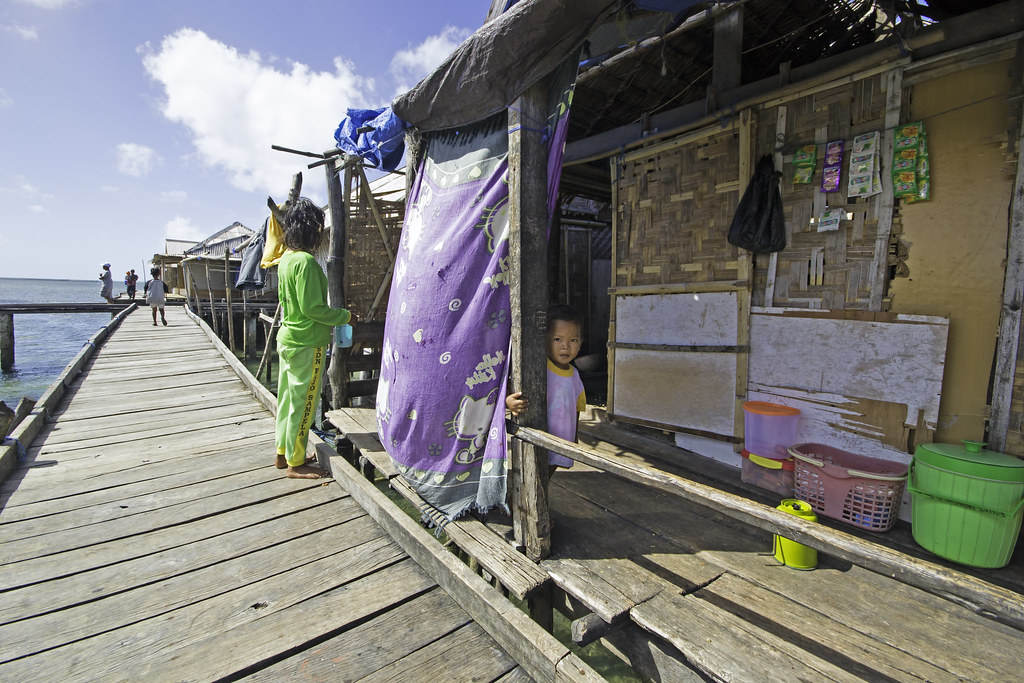 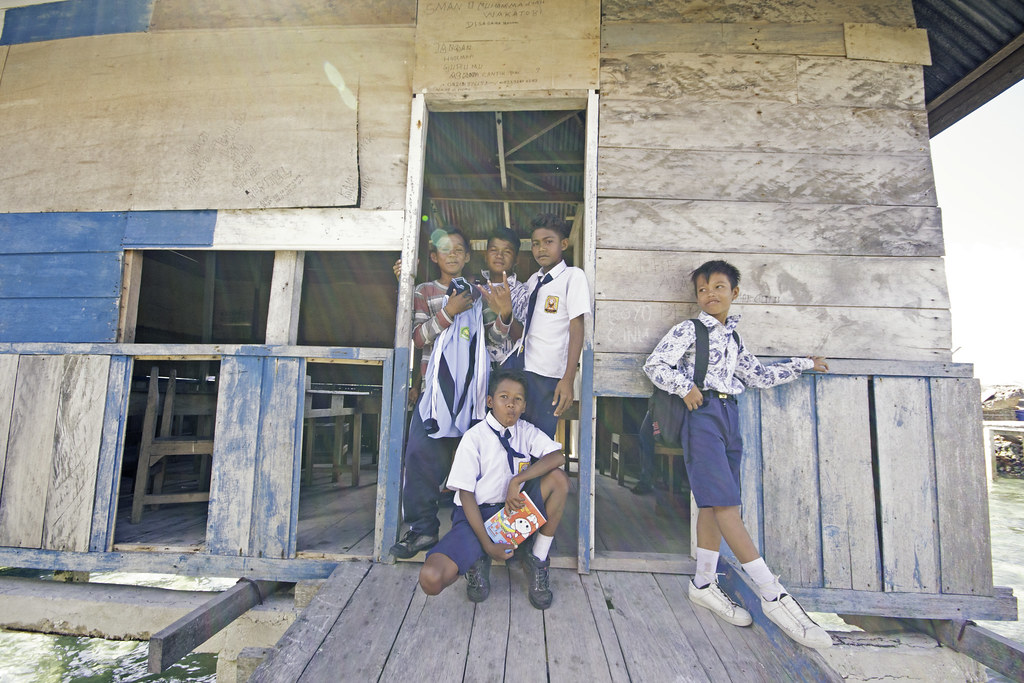 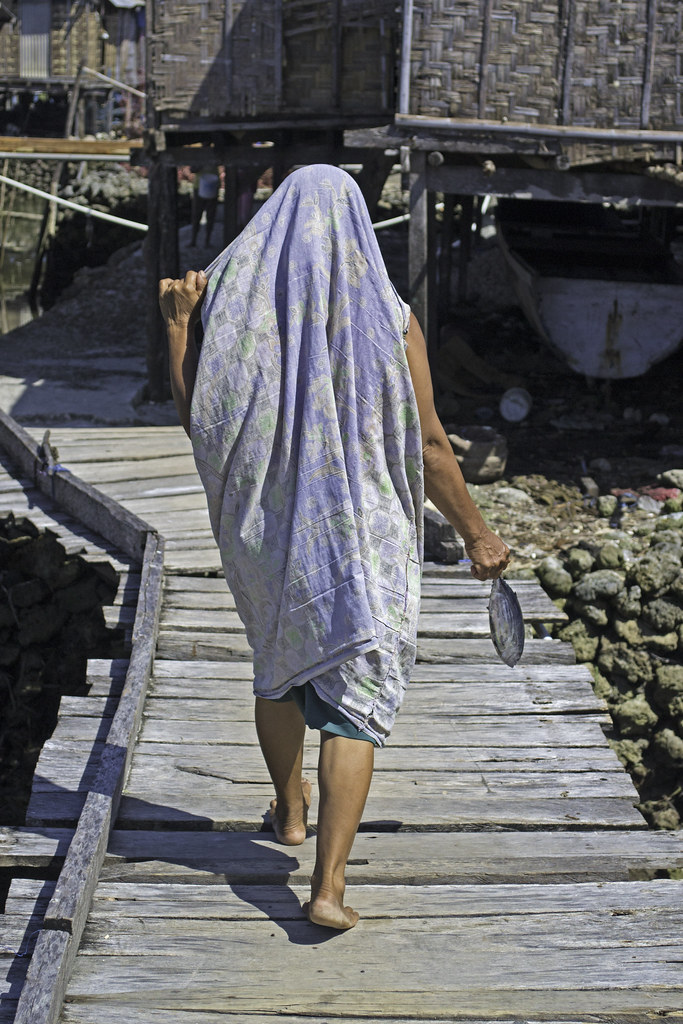 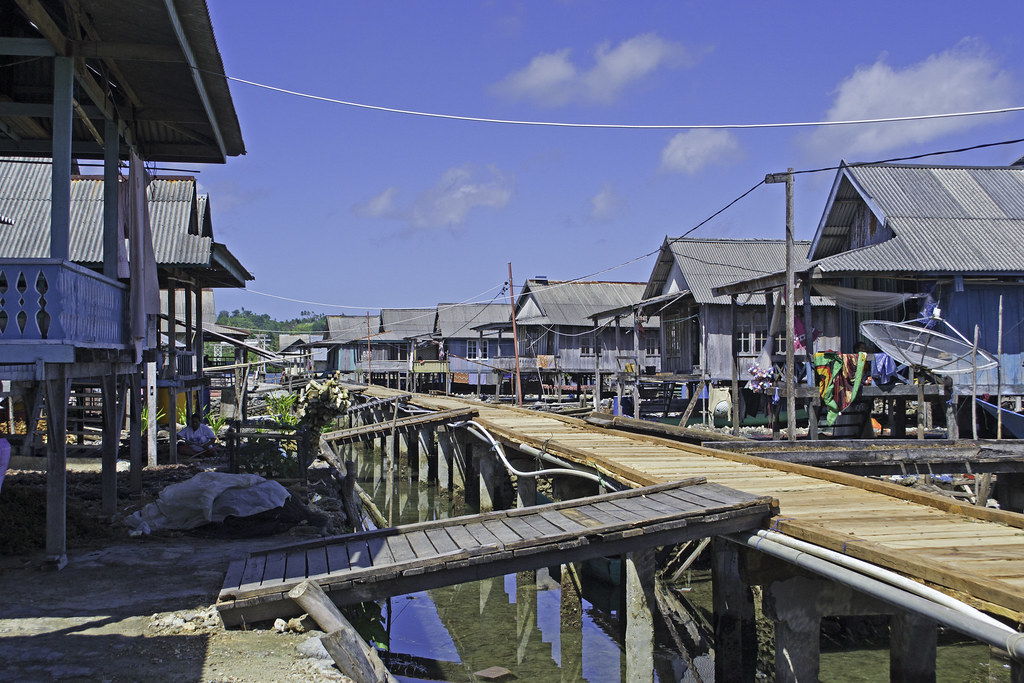 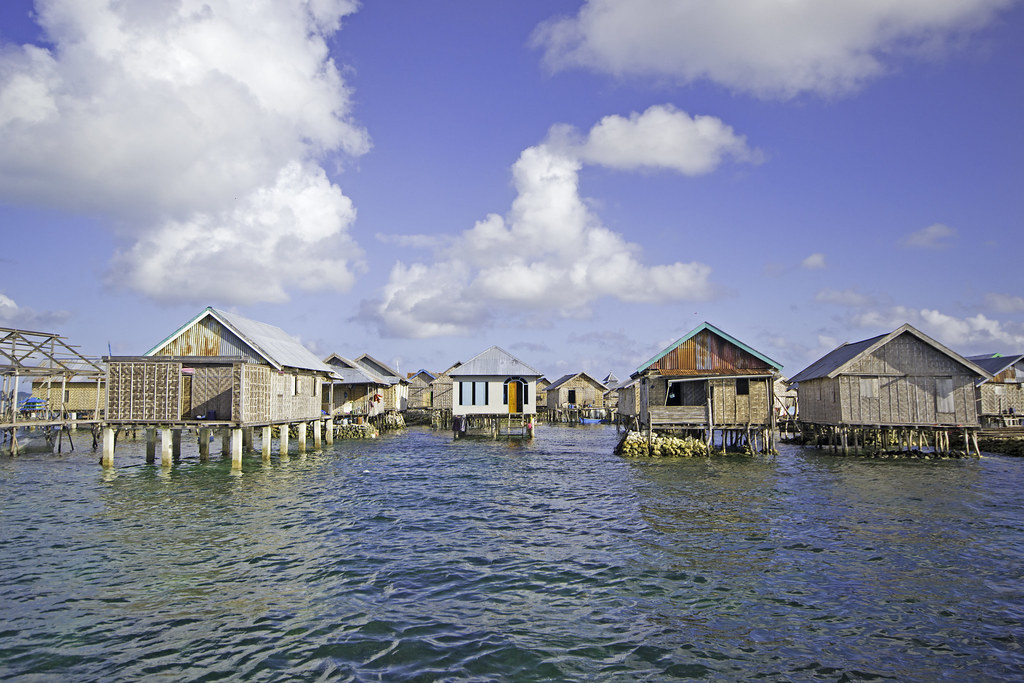 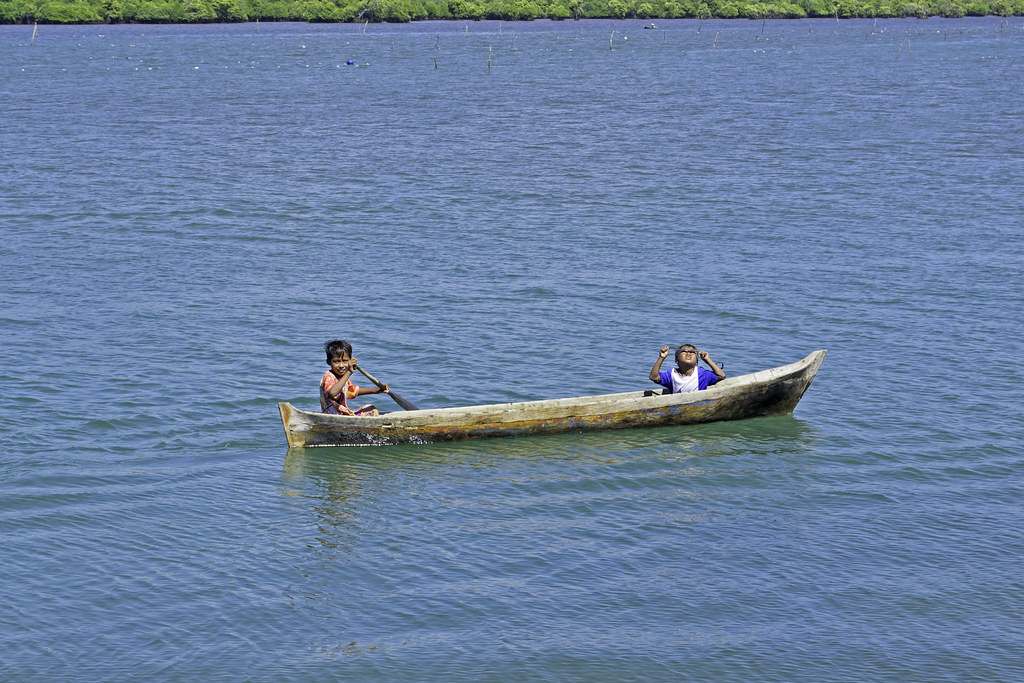 The only method of transport.

Just before I wrap up this piece on Wakatobi, I have to mention the gorgeous Hoga Island. Hoga was an unplanned pitstop where some of the girls went to the bathroom. Note: the Bajo tribes have no plumbing – so everything, and I mean everything goes into the canals between the houses. Did I mention the smell? In anycase, back to Hoga Island.

Keep in mind we were in the middle of nowhere, on a boat and (thanks to a group member who thought he was Mother Theresa) had donated all our food and snacks to the Bajo Tribe children.

So we pulled up to the jetty of Hoga, un-expectant and ready to make the two hour voyage home.

That changed as soon as we set foot on the Island. 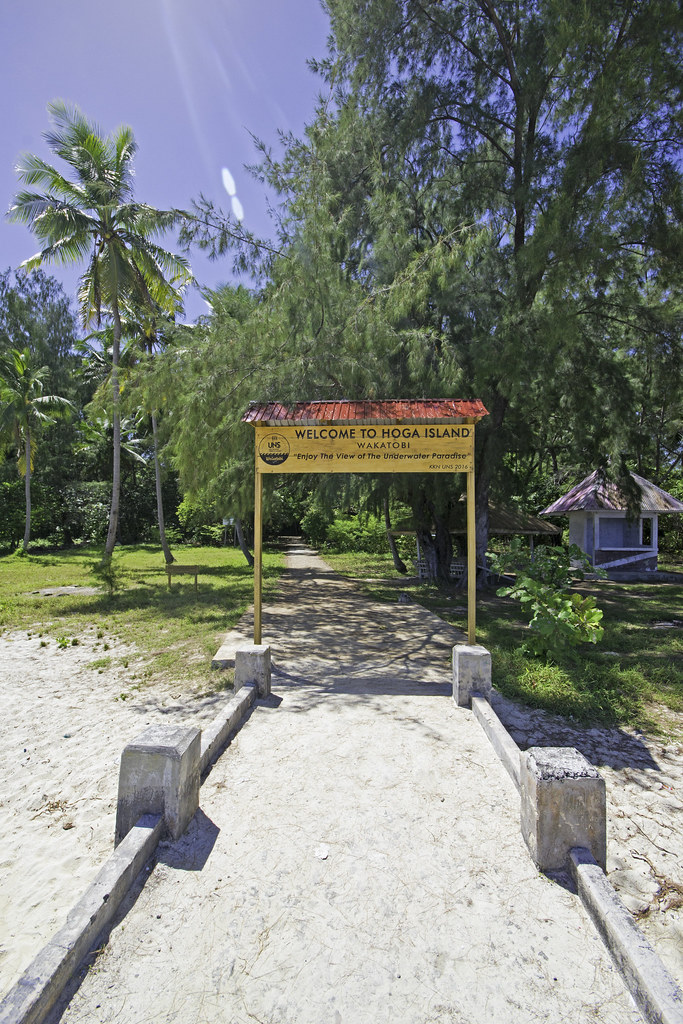 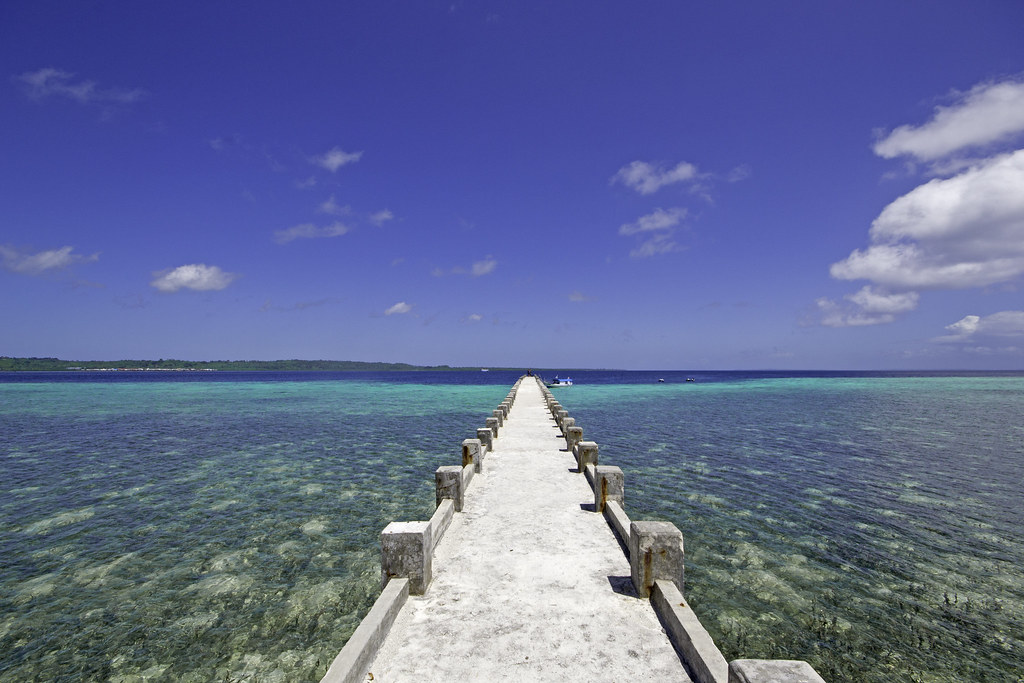 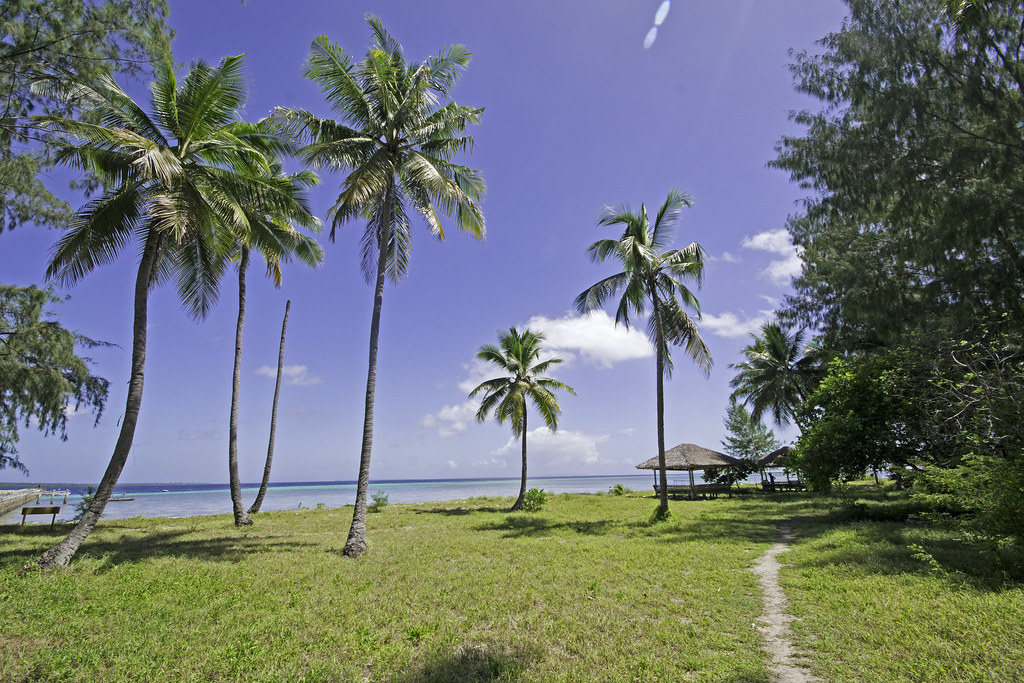 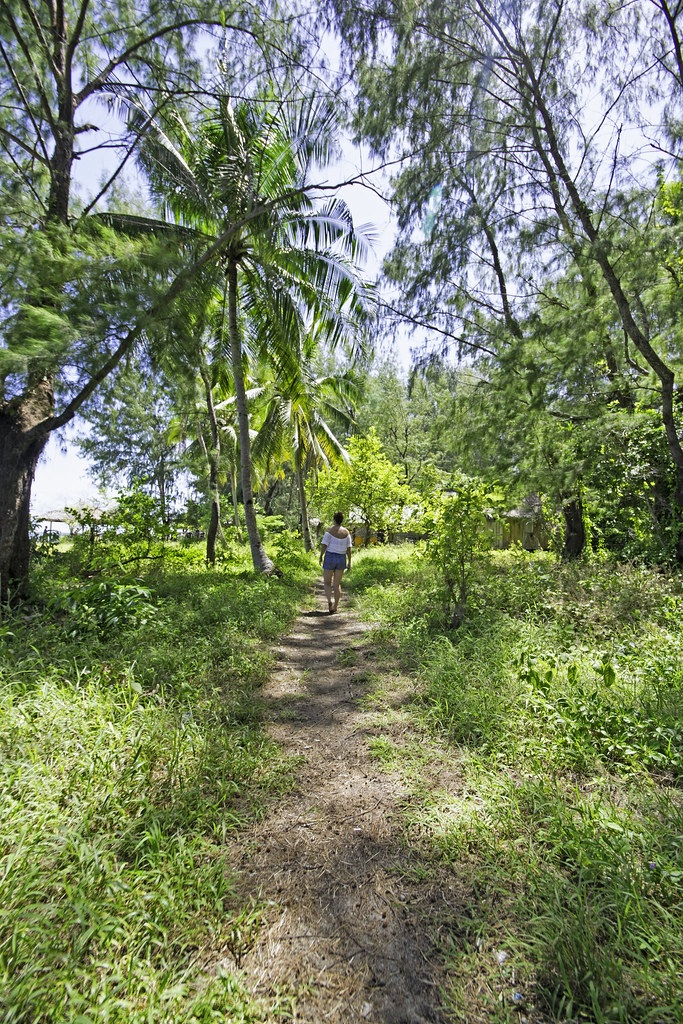 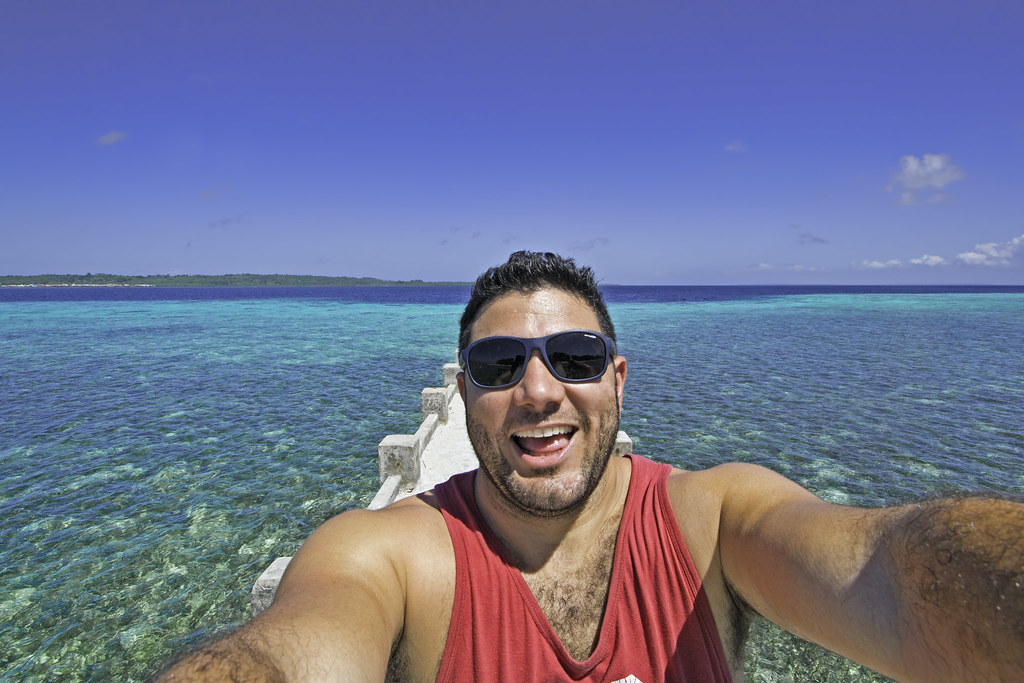 The beauty of Hoga is that, apart from a research team of marine biologists, there is NOTHING there. It was an almost untouched paradise. My favourite kind.

Well I think that’s probably enough for now, I could literally talk about my time on Wakatobi forever and a day so if you’re ever in Cape Town and want to chat about it – let me know. Or if you have other q’s just pop me an email and I’ll do my best to help out.

Finally – here is an epic YouTube video on Wakatobi by my mate Mike Cory of Kick The Grind TV.