During both of my previous trips to Europe, my stays in the various countries were far too short and super rushed. I travelled with my dance crew and a performing arts group with little money and a tight schedule, so wandering about as I pleased was limited. Nevertheless there was so much that I loved – the art, architecture, historical richness, sidewalk cafes and just so much more. I cannot wait to return with my husband and our first child (due in November!)

We’ve actually already booked our trip (more on that closer to the time.) But here are some reasons why you should book your holiday to Europe now, why it’s the perfect time to do it and why I cannot wait to return:

Now that Europe’s peak season has come and gone, so have the hiked accommodation and flight prices. There is a real chance that you’ll be able to afford the tickets, find great off-peak specials and get there before winter comes.

KLM specials to cities such as Amsterdam, Venice, Frankfurt, Geneva and more run until the end of September with travel permitted until April 2016. So South Africans, this is an incredible opportunity for that European escapade you’ve been yearning for! 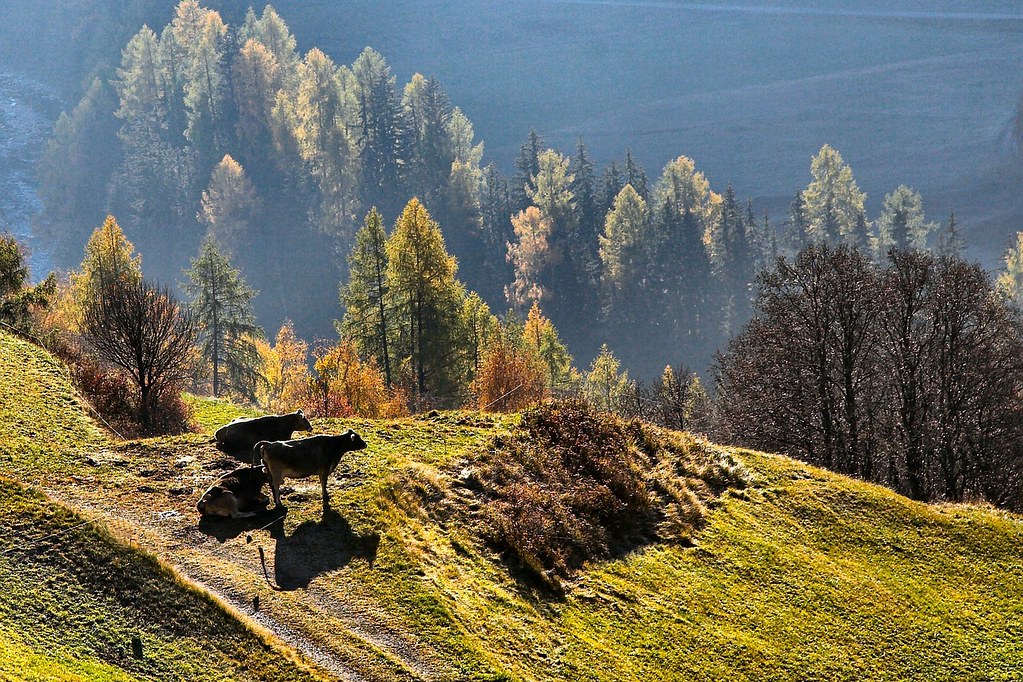 While Europe’s summer is busy drawing to a close, milder weather is replacing the hot & humid days and beautiful Autumn is slowly starting to show up everywhere.

This means that you won’t need to fork out cash for an entirely new winter wardrobe (complete with thermal undies) but that you can enjoy exquisite lake side scenery in places like Lausanne and Geneva; flaming Autumn leaves in city gardens such as the Englischer Garten ( English Garden) in Munich and the streets of Paris (ok, you may not be able to help getting a new wardrobe here.)

If your dream is to experience a “White Christmas” and enjoy the snow, I’ve learnt (the hard way) that it is always best to book your flights early.

In Munich, Germany’s favourite festival begins. Germans from around the world return home and head to Bavaria for the start of Oktoberfest. I was lucky enough to spend my 22nd birthday at the opening of Oktoberfest and spend the evening dancing on table to bands and celebrating with my Bavarian buddies. This year on September 19th, the Munich Mayor will tap the first barrel signalling the festival open which will continue until 4 October. 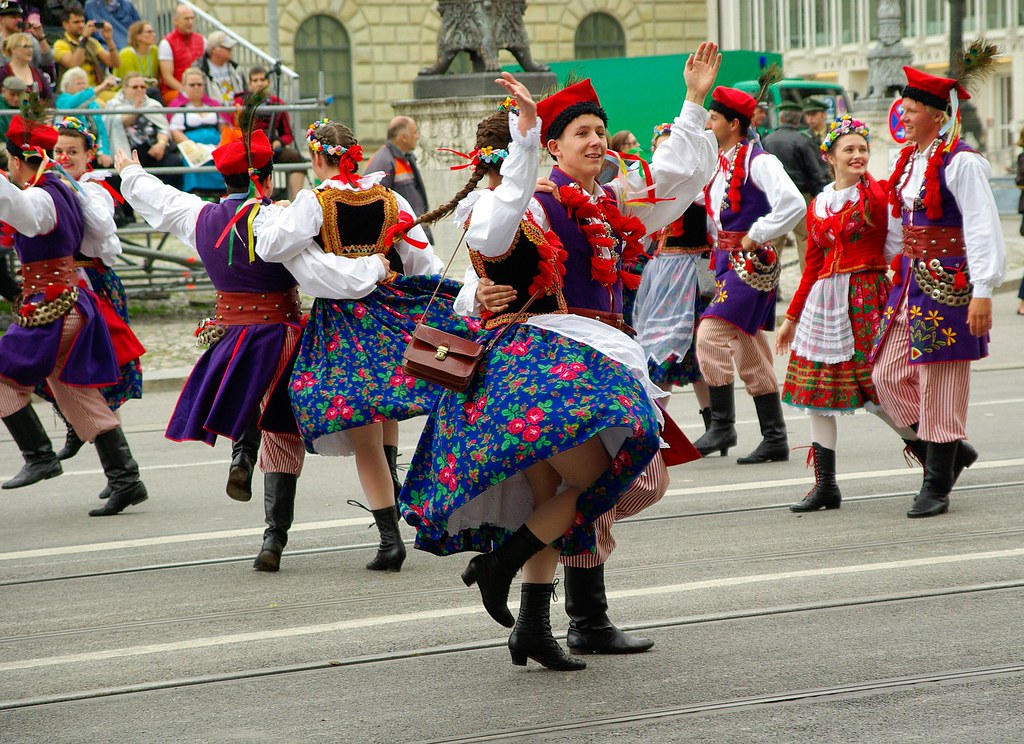 In Switzerland, a beautiful thing happens when Lugano residents bid farewell to the summer and welcome Autumn. Enjoy Ticinese specialities, food, music and wine at the Lugano Autumn Festival between 2 to 4 October 2015. www.lugano-tourism.ch.

Another Autumn delight includes Swiss cows returning from the mountainside to the valleys after the summer in a procession known as Alpabfahrt or Désalpe.

Visit alpine villages to witness cows adorned with flower headers and cow bells parade through the streets. Farmer’s markets, street fairs, mud, brass bands and yodellers will also be out in their dozens. www.myswitzerland.com.

Until October in Paris, The Music Kiosk will host free concerts in the gardens and parks such as Eole Gardens and Montsouris Park. Groove to everything from folk, to cuban ball to pop and discover the work talented new artists on display.

These are just a few festivals – Europe is jam packed with them year round and a simple search will reveal many more in the month that you hope to visit.

What I love about these European cities…

The capital of Bavaria is really one of the best cities for solo exploration. Even though I had friends there, I spent a lot of time exploring by myself while they were at university.

It was the start of September but Müncheners ( Locals from Munich) still picnicked in the English Garden and to my surprise a few even tanned naked on the manicured lawns! It was the best place to enjoy the sunshine and rolling hills in the middle of a city. People went cycling, jogging and best of all surfing in the river called the ‘eisbach’ ( German for ice brook).

Just past a bridge near the Haus der Kunst Art Museum, was were I first spotted a few guys surfing a wave about 1 metre high. It’s said that river surfers have caught the wave here since 1972.

I loved the decadent and royal luxury of King Ludwig II’s of Bavaria Linderhof Palace, the Munich Residence and the fairytale castle of Neuschwanstein Castle perched on rugged hills in Southwest Bavaria. You’ll never run out of Baroque churches and cathedrals steeped in gold finishings and frescos plus the nightlife presents tons of possibilities for each evening. 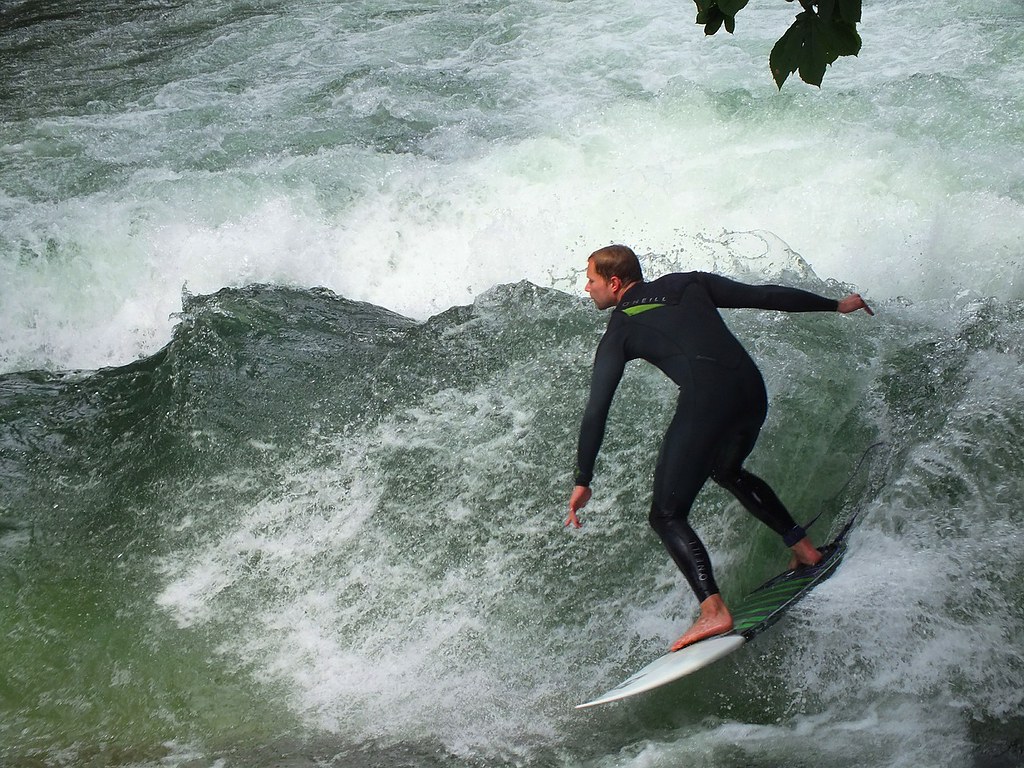 A river surfer, catching a wave in eisbach. 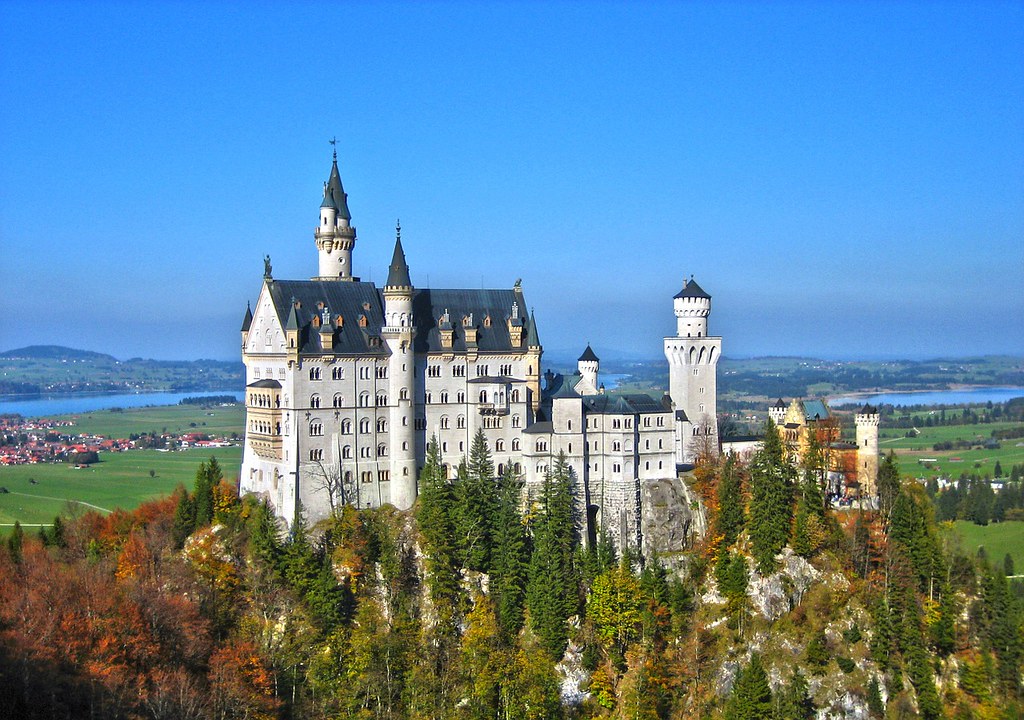 A fairytale castle on a hill- Neuschwanstein.

In and around Switzerland.

One of the first things I saw once reaching Switzerland was Lake Brienz, a lake just north of the Alps in the Canton of Berne. It’s turquoise hue surrounding lime hills cupped within alpine peaks were the single most breathtaking sight I’ve ever seen. I could’ve just driven around Switzerland endlessly from lake to lake taking in these wondrous bodies of water nestled within Swiss valleys.

Another lake I enjoyed is the largest freshwater lake in Europe, Lake Geneva. Like a park in the centre of a city, the lake drew people to itself offering every kind of watersport such as sailing, waterskiing and wakeboarding. Lovers huddled on benches overlooking its waters and families boarded steamships for dinners and took rowing boats out.

I spent very little time in Lausanne and Geneva and a lot more in tiny towns which most locals don’t even know about like Steffisburg and Froideville. If you do fly into the big cities, I suggest leaving and visiting lakeside towns or villages beside the mountains where you’ll see more cows than people and discover little farmsteads selling life-changing cheeses and breads. 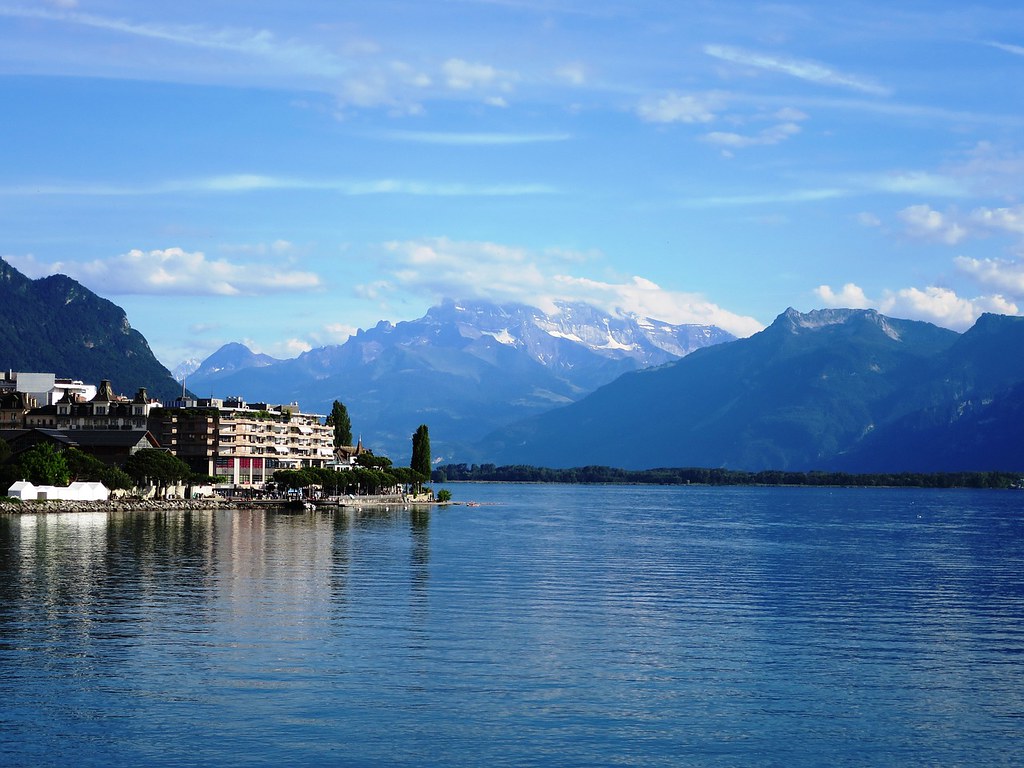 I only got to send one measly day in Paris and proceeded to run around the city like a bat out of hell. Not the best way to enjoy this romantic place, but I took what I could get while in transit. Just lazing on the lawns beneath the Eiffel Tower was enough for me. There was no time to brave the queues so I took it all in from beneath. Paris is one of the cities where almost every building is infinitely spectacular.

Every intricate detail, design and architectural aspect seems to have been thought through to the last splendid details. And due to a lack of time, just seeing cathedrals like Notre Dame, the Louvre Museum and ‘ordinary’ buildings was enough beauty for me to take in for one day and to make me promise to return someday. I quickly became addicted to the nutella crepes on offer on each corner and took each opportunity to sip a coffee at a sidewalk cafe and watch the Parisian glamazons strut past. 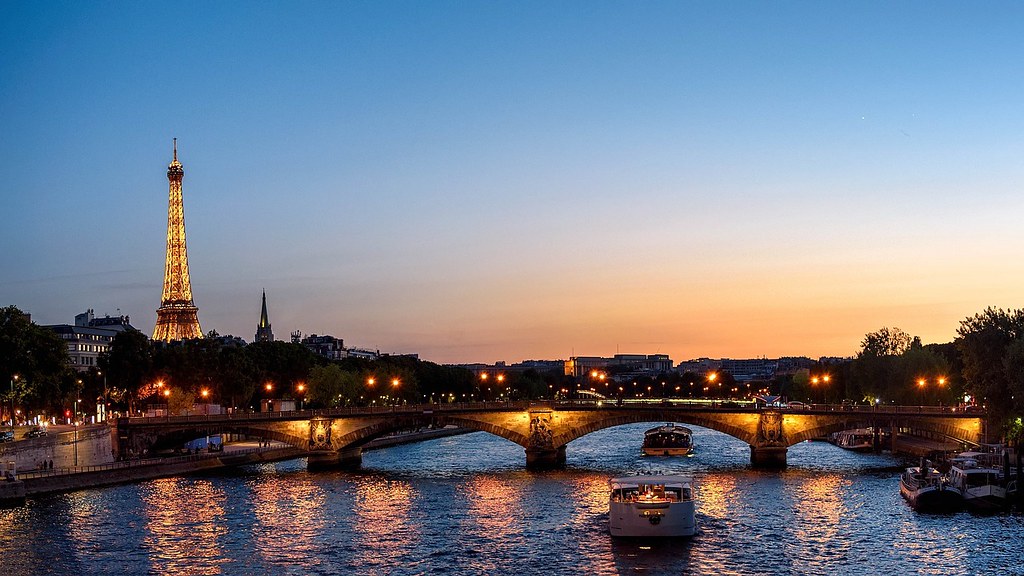 There really is no place like Istanbul- part Europe and part Asia- it brings an eclectic offering to all visiting. Ferry across the Bosphorus between the Asian and European side ducking into some of world’s greatest architectural wonders created by powerful empires long past. Marvel at the thousands of blue and white tiles shaping the inside of the Blue Mosque, delve into the fascinating past of the Hagia Sophia and sip on delicious apple tea with a rug-store owner trying to sell you a rug or just wanting to chat.

Brace yourself for the cacophony of scents and eye-sights in the Grand Bazaar and budget for everything from spices, to jewellery to Turkish lamps and belly-dancing belts. Be warned that you may quickly become addicted to stretchy Turkish ice-cream and consumer multiple cones per day. This is a city I will continue to return to over and over again. 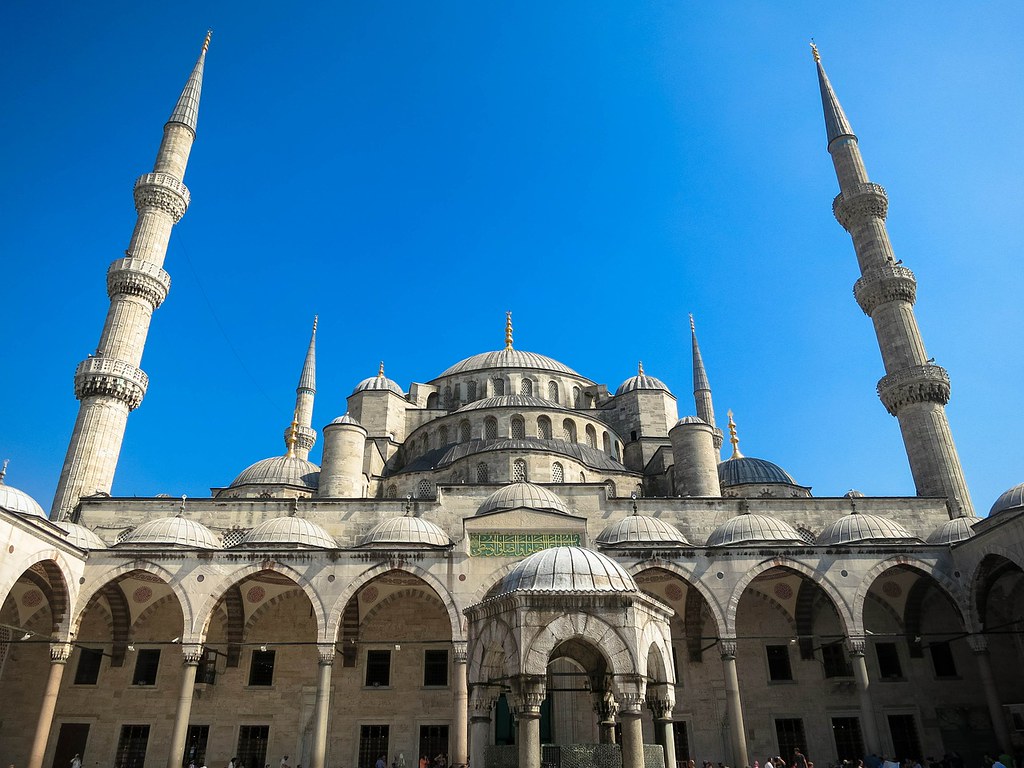 European countries on my wishlist include Spain, Italy, Ireland and Vaughan is desperately trying to convince me that we need to visit the Nordic countries – Finland and Iceland.

Where in Europe are you longing to go? If you’ve been where did you go and where would you recommend first timers go?