I didn’t know Taroko even existed until the shuttle collected us from Hualien train station on the East Coast of Taiwan. As the bus drove further away from the city, the hot summer sun started to disappear until we entered Taroko National Park and the rain began to fall.

At first glimpse, I wondered why I hadn’t known about it before. Steep mountains covered in dense green forest soared up above us on either side of the road. Azure blue water trailed over the rocks of the river running past. Chinese temples perched on hilltops rose out of the green and the road continued to curve ducking in and out of tunnels. 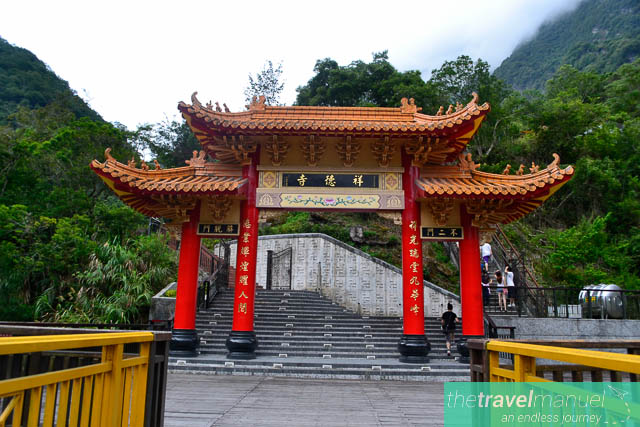 In all the mountains I had seen and climbed and all the valleys I had been through, this outshone them all. True to its name; ‘Taroko’ means ‘Magnificent and beautiful’ in the Truku language spoken by the indigenous Truku tribe. The story goes that a tribesman walked out of the gorge and upon seeing the wide ocean, he shouted ‘Taroko!’.

The next morning we set off from our hotel in the gorge, Silks Place, and walked about 800 m until we reached the entrance of the Baiyang trail. A few steps into the 380 m tunnel and we already had to use our torches. Our feet moved over a wet, damp pathway and our lights veered back and forth trying to see what was ahead. As soon as the light returned, we walked into the morning light to see the Waheier River rushing beneath a tiny concrete bridge. 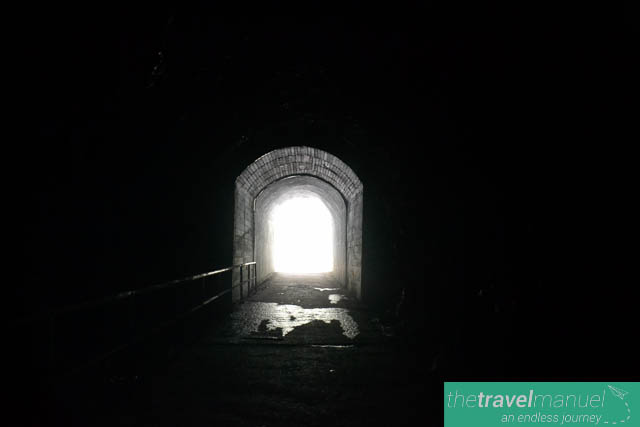 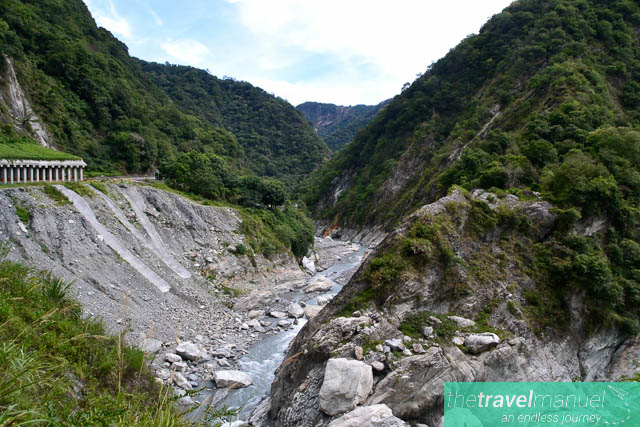 Ahead of us a family of four meandered slowly along the gravel path and we stopped to gaze at every break in the trees, butterflies fluttering across our path and the plethora of signs warning us about rock falls. A lover of views but not really strenuous hiking, this flat trail suited me just fine. The narrow path took us along the face of the mountain with the river moving steadily on. We walked through a few tunnels, sometimes water would drip onto our faces and the air would smell damp. The exits of the tunnels always seem to unveil a better view than before. 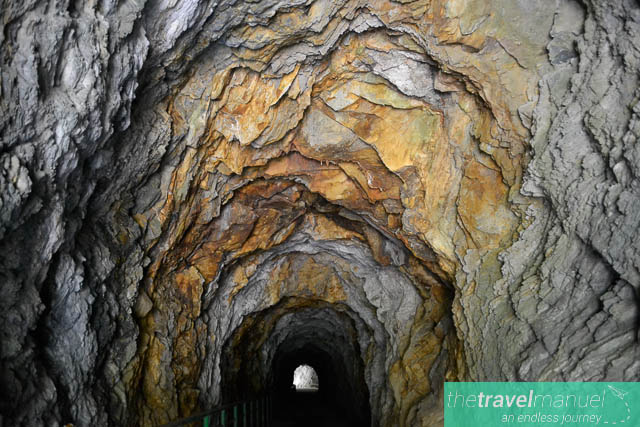 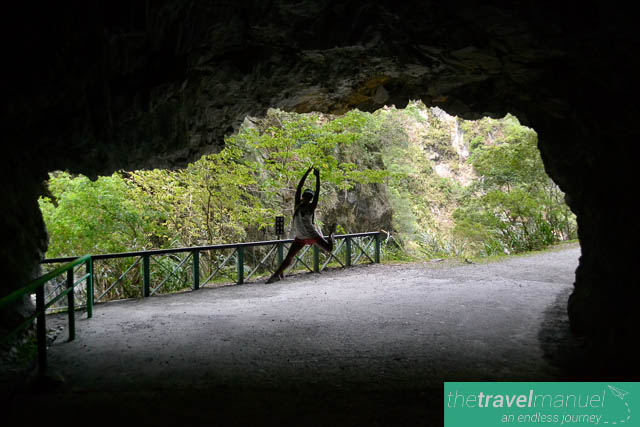 The layers and various shades of sedimentary rock jutted out at all angles beside the pathway and we later discovered that Taroko is also known as the ‘Marble Gorge’ due to the limestone which transformed into marble over the years. Jade, indigenous to Taiwan is also found within this area and supplies the Jade market in Hualien. 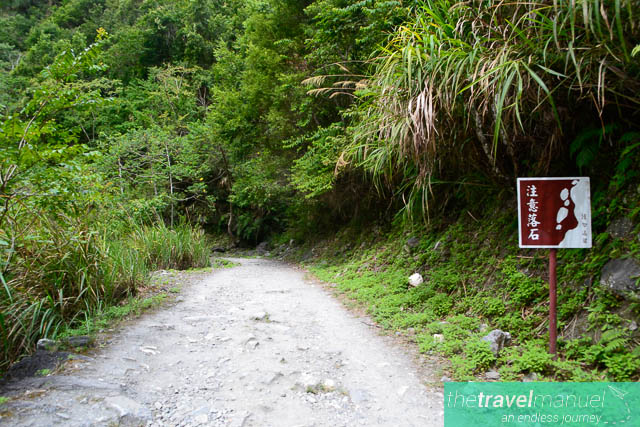 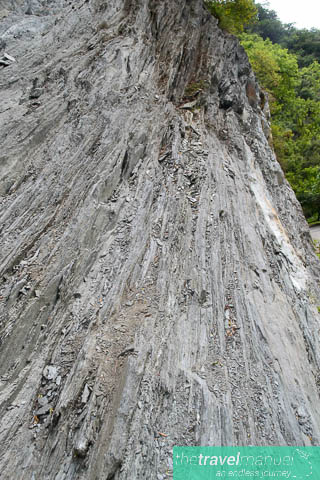 Next we came to a suspension bridge and observation platform overlooking the Baiyang Waterfall. While the bridge is very steady, it swayed quite a bit as I walked over and soon I could only focus on the movement of my feet whilst holding onto the rails. Looking anywhere else just turned my legs to jelly, but I conquered it. The waterfall seemed to fall from two places on the mountain. It fell down in a straight elegant rush of water and flowed all the way down beneath the bridge into the valley. 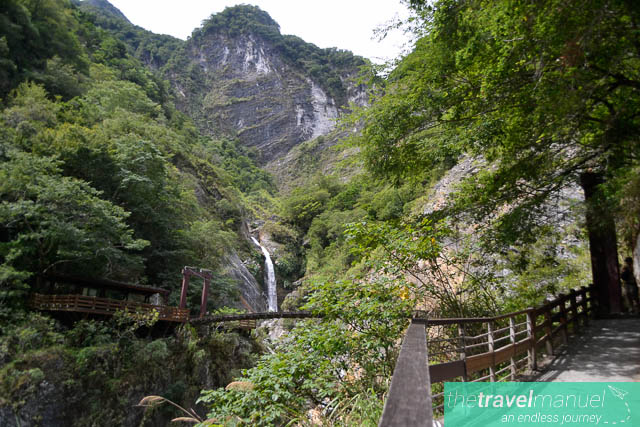 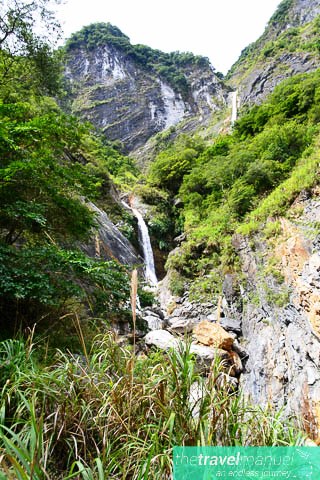 The last stop on this 2.1km trail before heading back was the water curtain in the final tunnel. Taiwanese children wet their feet in the water streaming from the tunnel and their parents warned us with hand signals that we should cover our camera and take an umbrella. With my camera safely tucked away we moved onwards, barefoot, over the cold, wet rocks towards the sound of water. 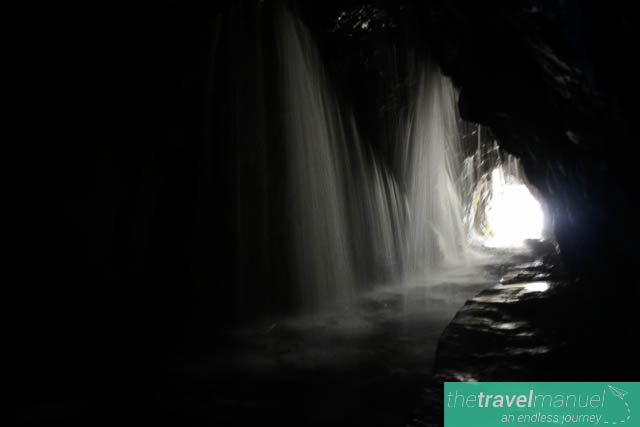 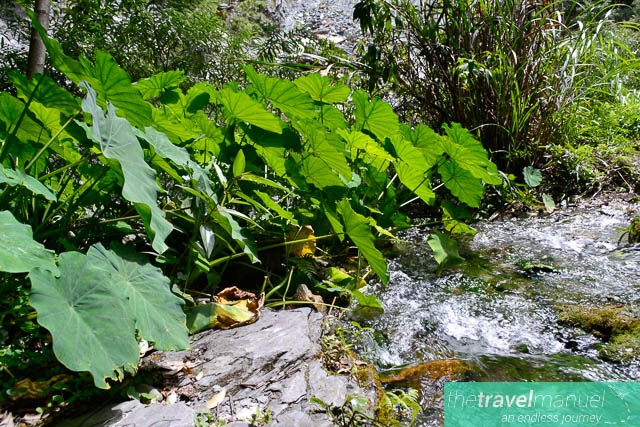 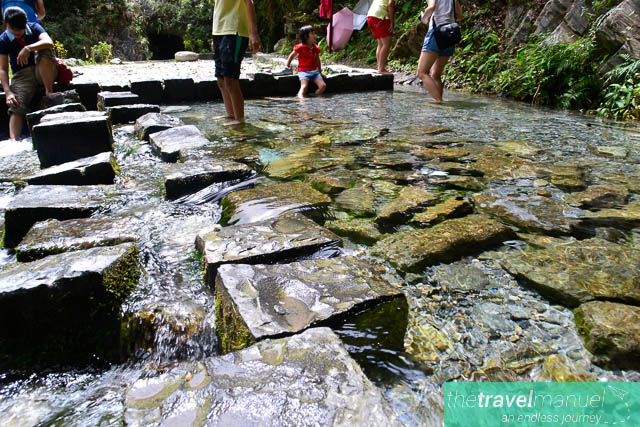 Due to hydroelectric power construction many years ago, spring water now falls from the tunnel’s roof causing the most magical of scenes in the semi-darkness. It wouldn’t be long before we got soaked so we moved back out into the sunlight. It really was a pity to only stay in Taroko for one night and explore just one trail. But I vow to return on some other day to conquer another. 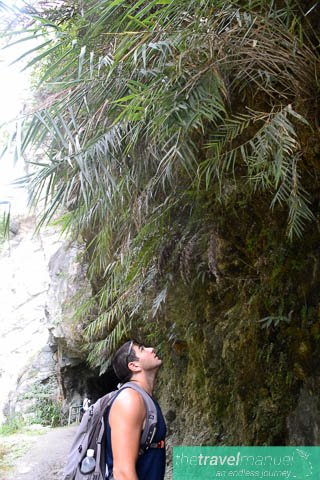