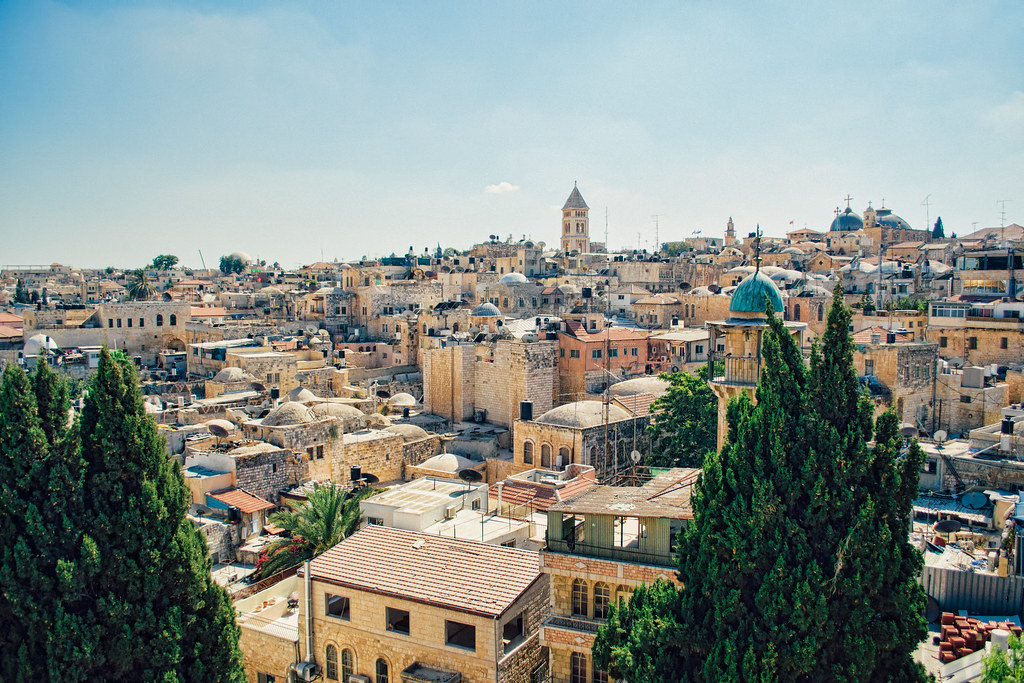 Jerusalem in all it’s glory

I was invited to Israel by Vibe Israel, an organisation that strives to show the world Israel as it truly is. Because, and let’s face it, it’s incredibly difficult to think about Israel without a hundred headlines jumping up and beating your objectivity to death.

I’d go as far to say that it’s just about as difficult to think about Israel without some sort of tarnished, media-bred disposition as it is to think about an Africa without animals. Or poverty. Thus, Vibe has taken the situation into their own hands; to try and counter this wave of negativity with their simple, day to day truths of life in Israel.

Yes, we were exposed to some of the most wonderful Israeli experiences, the food, the beauty, the wine, the people…but we also had ample time to talk to locals and form an objective opinion for ourselves. After all, that is why we were there. 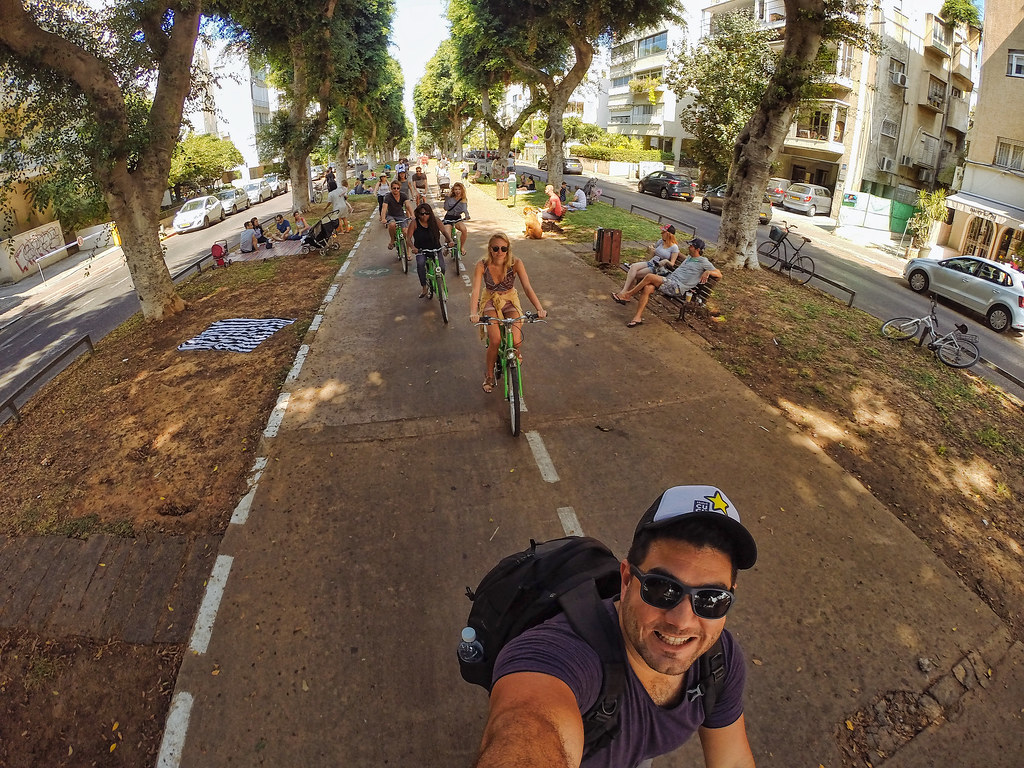 From the word go, I’d like to clarify something to anyone reading this or any of the articles on Israel that will follow in this series: Vibe Israel is an apolitical and secular company and as such, politics and religion did not form part of our tour and will not make their way into any of the articles. I ask very politely that you keep them out of the comments too. These two topics (politics and religion) have an uncanny ability to fire up humans in not-so fantastic ways.

So without further adieu, let’s get into it!

As I was writing this article two things became immediately obvious 1) A single article on “Things I love About Israel” is going to be too long and 2) Most of the points i’m touching on deserve entire posts to themselves. So consider this Part 1 of many exciting posts to follow! 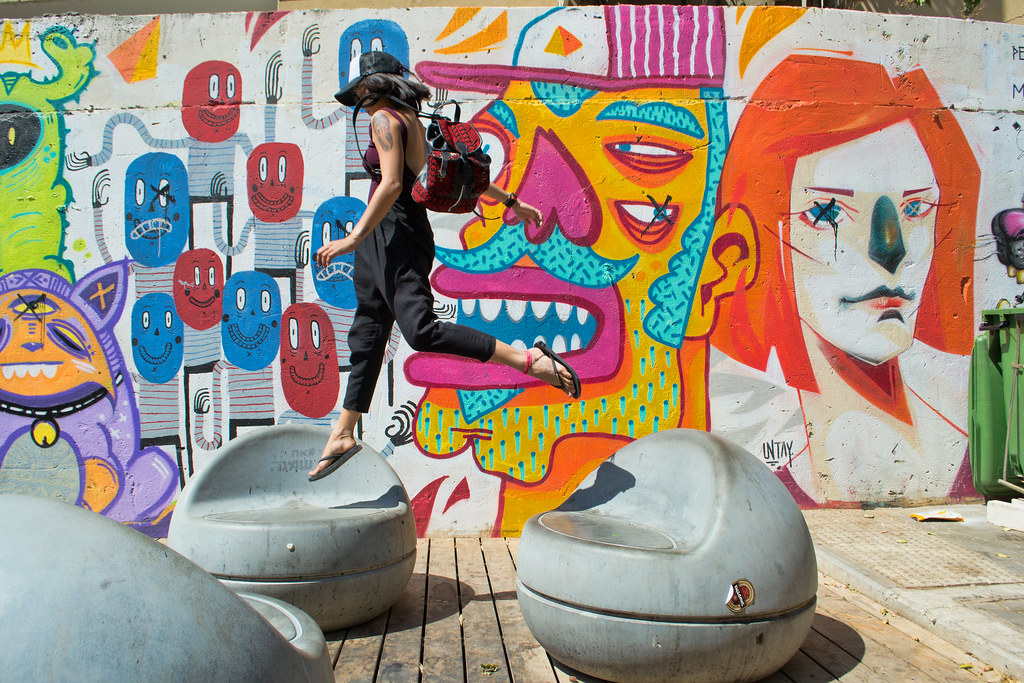 The Graffiti scene in Tel Aviv is epic.

I’m not sure why this surprised me, I had only ever heard good things about Israeli and Mediterranean food, but expecting good food and tasting good food are two very different things!

An hour and a half after arriving in Israel (and literally 3 minutes after checking in) breakfast was just ending at the Herbert Samuel Jerusalem and the manager ushered me (forced me in the most friendly of ways) to the breakfast buffet – urging me to “eat, eat.”

Not completely sure where to begin, I stood at the buffet and immediately grabbed the only thing I recognised – a plate. Then, in true blogger fashion, I whipped out my phone and took several photographs. 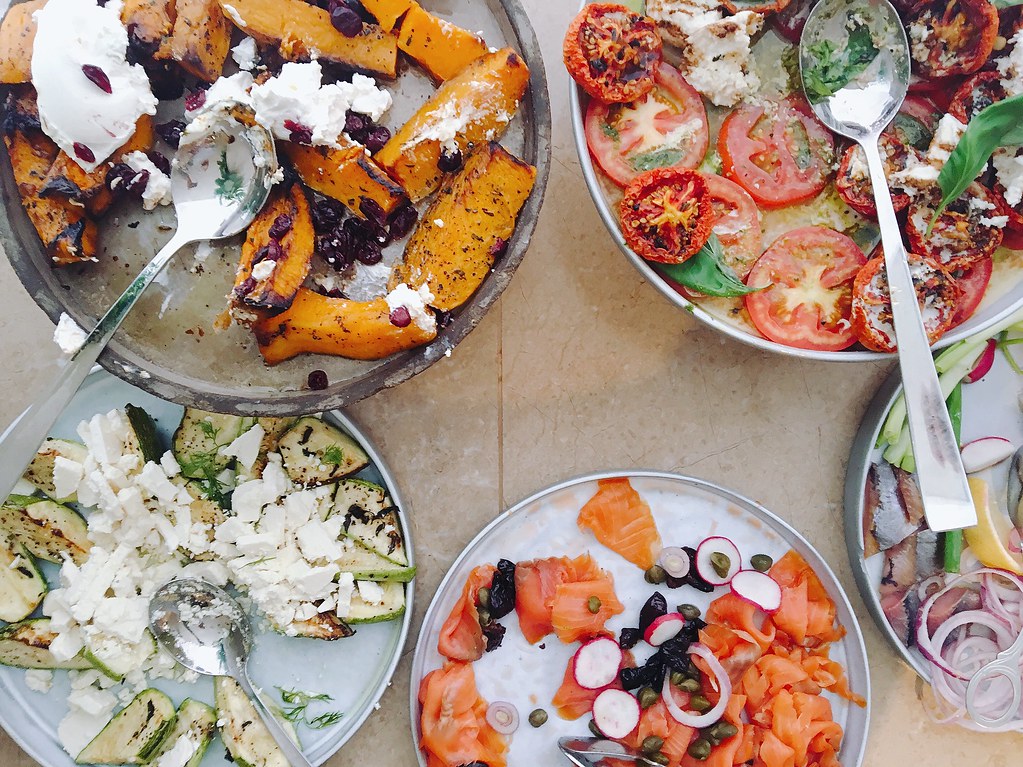 Making my way through the buffet was a mystery – I had no idea what went with what. So I added a little bit of everything and my strategy worked out great because *hand on the bible* that was probably the best breakfast I’ve ever had. I remember a huge smile creeping up on my face as I realised I was going to have another 10 days to eat in this country.

I couldn’t believe I was in Israel and I couldn’t believe the food was this good. Food actually made up a major part of our itinerary and it only got better and better. But to be honest, Israeli food deserves it’s own article – which I’ll write later.

My first, and possibly favourite, destination.

You arrive in Jerusalem and immediately you think “I’M IN JERUSALEM” but it’s not a single thought, it’s a never-ending train of wondrous disbelief.

Olive trees older than your family tree line the streets and all the buildings, old and new, are fashioned out of stone. A soft yellow-stoney glow illuminates the alleyways and cobbled floors. Its not all ancient. In fact East Jerusalem is pretty modern – they even have a super slick tram that shares the road with cars, bikes and other pedestrians – it is brilliant. And each new alleyway holds something so wonderfully creative that you cannot help but venture down them.

I arrived in Jerusalem on my very first day and swore I wouldn’t work. I was tired from a few trips I had taken before Israel and needed the break. But I couldn’t help myself. I left my DSLR at home and literally only had my iPhone with me. I just about ran out of storage on the first day! 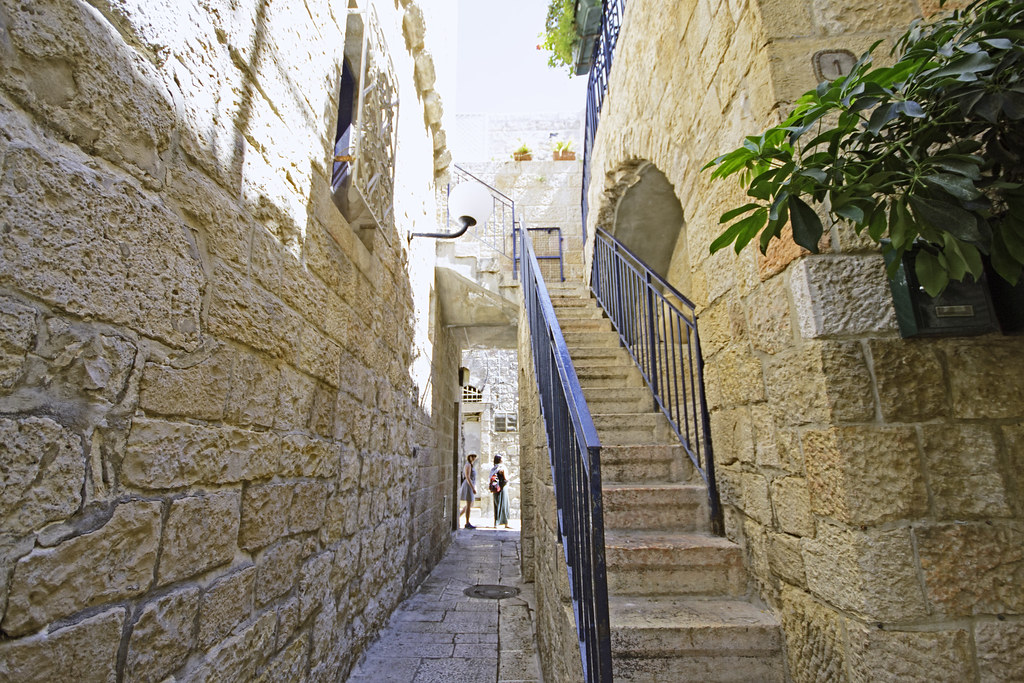 Those are my favourite travel days. When you walk alone into the streets of a city and fall head over heels in love with it. When you find a pokey looking coffee shop tucked away in a corner that turns out to be filled with more character than you could have imagined. Those days when musicians play in the square and fill the whole street with wonderful sounds. And then later, you come back to find those very same Orthodox Jewish musicians rocking Stairway to Heaven!

Oh I fell hard for Jerusalem, and that was before I even visited the Old City, or the “Jerusalem of the Bible.”

I said I wasn’t going to bring up religion, but it’s very difficult to speak about places like Jerusalem and not mention it. And whether you believe in the stories of the Bible or not, it’s still a proven book of history. In other words, if you don’t believe in the events, the dates and places are not fictional, they are all accurate. Which means, that (especially if you are Jewish, Christian or Muslim) when you enter Israel you are entering 5000 years of living history. 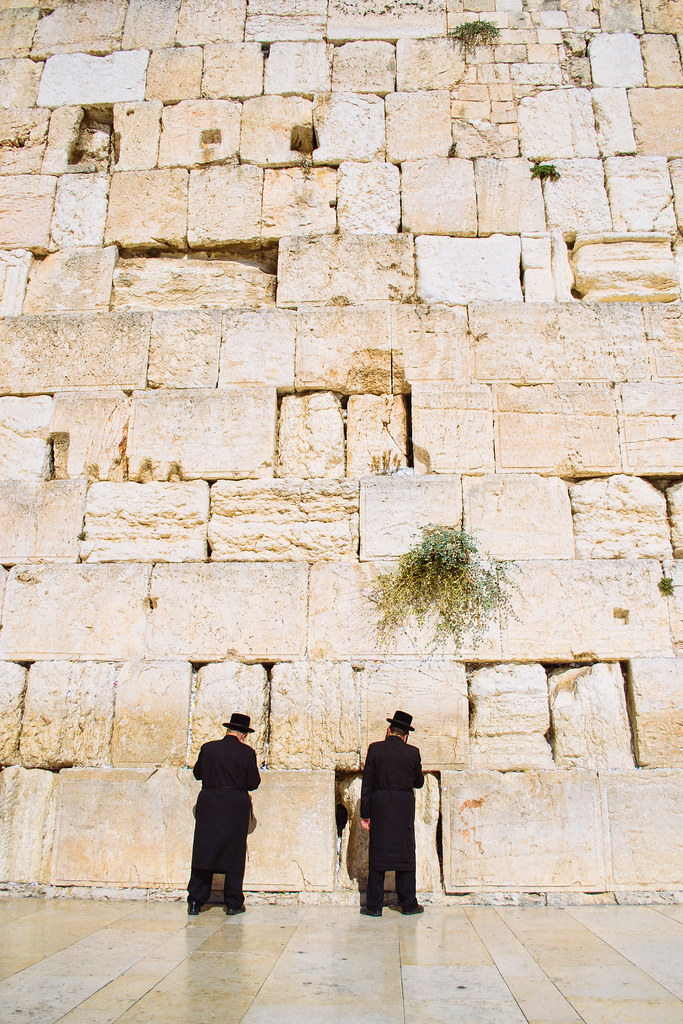 In fact many of the sites mentioned in the Bible are still there. Mount of Olives? There. Dome of the Rock? There. Western Wall? There. Sea of Galilee? There (I drove alongside it) – They are all there! An awe and a wonder, that are very difficult to describe, comes over you as you walk through the streets. 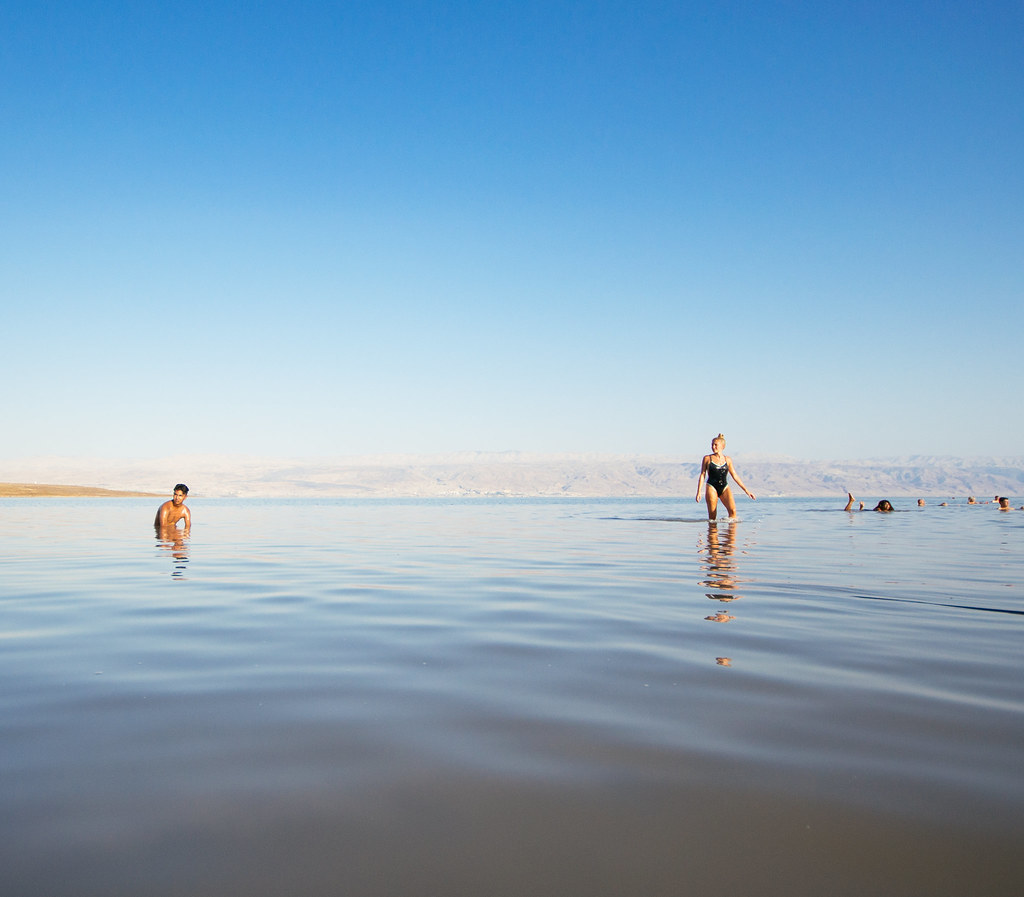 In the ten days I spent in various Israeli cities I had the opportunity to meet a variety of locals and I loved 90% of them. There was literally one dodgy taxi driver who thought it was ok to say racist things about some of my fellow South Africans back home (I quickly corrected him) but apart from that one interaction, I thoroughly enjoyed the Israeli hospitality and spirit – to the point where I wanted to move there! And who knows, maybe it’s still on the cards. 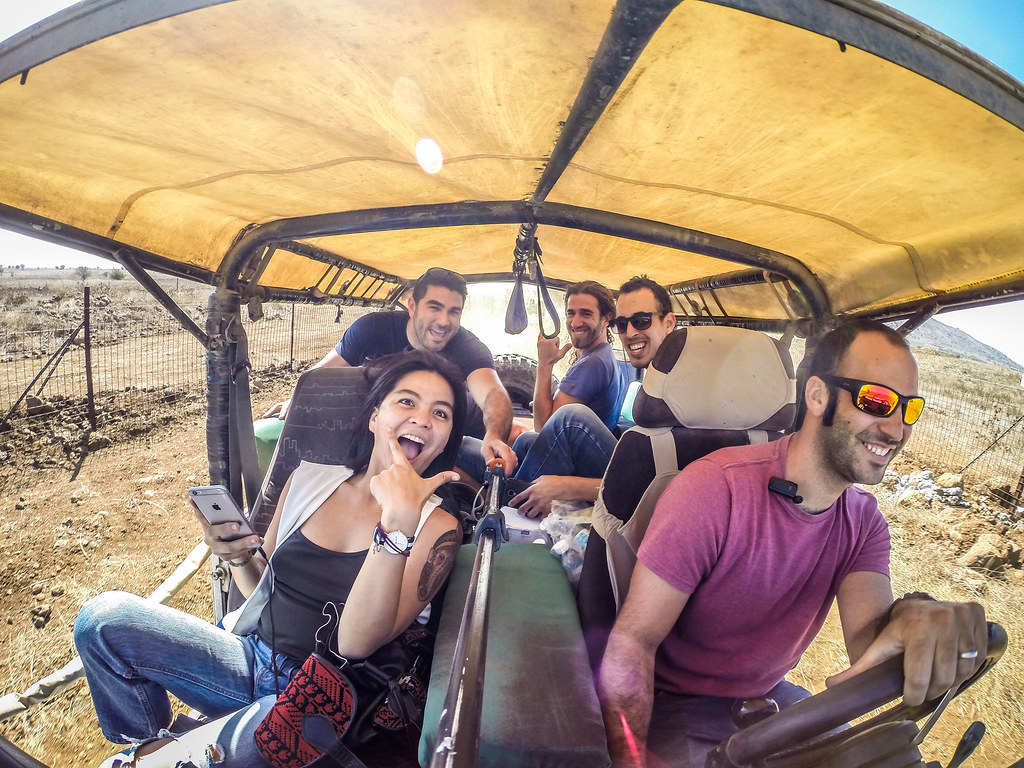 Crazy bloggers on the left, Israeli’s on the right! Smiles all round.

Having been fortunate enough to visit many counties around the world I can honestly tell you that the “people make the place.” Sure, natural beauty, history, food, architecture are fantastic tools to promote tourism but if you are lacking citizens with genuine soul and spirit, it all counts for nothing.

Israelis are also incredibly beautiful people. Seriously. The women and men are ridiculously attractive things. This probably has to do with being super diverse and also the fact that they all go the army. But don’t take my word for it – go see for yourself! 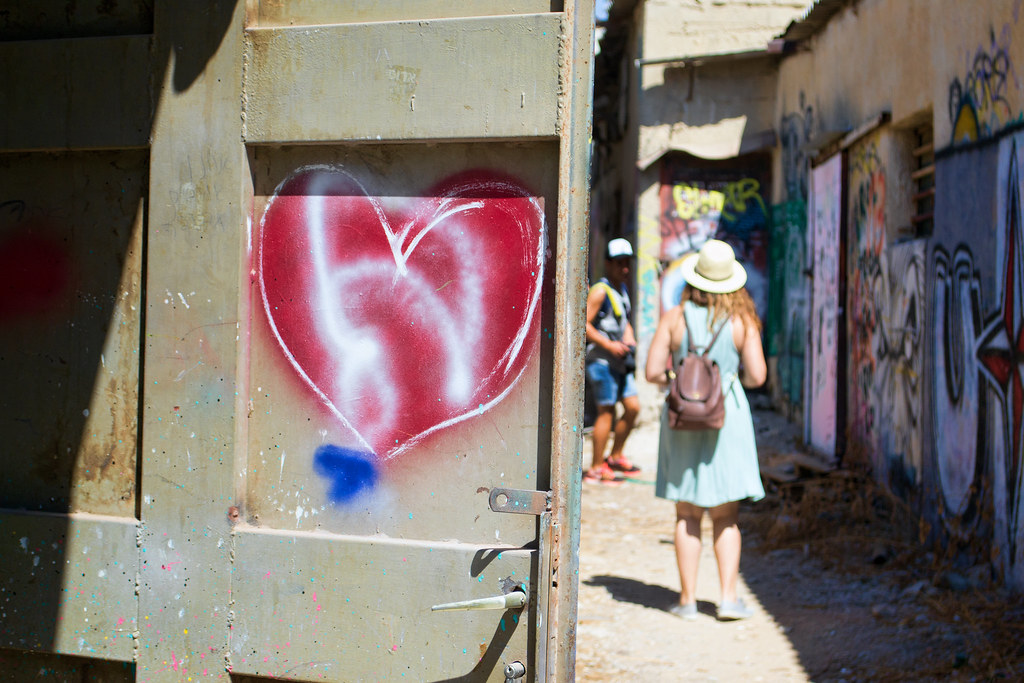 Before ending Part 1 of this Israel series, I’d like to bring some balance to this overwhelmingly positive post on Israel.

Things I don’t love about Israel.

They drive on the wrong side of the road.

Well, nothing is perfect I guess!

If you’ve ever wondered about Israel and are keen to visit, keep an eye out on the blog because there is lot of exciting content coming your way!

Lastly, I just want to say a huge thanks to Vibe Israel for bringing us over and for the work you guys do.