The Cameron Highlands is where they keep all the cool, crisp air in Malaysia. Far from the suffocating heat of the city and winding upward into the mountains, is where we finally found reprieve, Little ‘Britain’ and The Lakehouse.

It took us awhile to realise just how cool the outside was as we always have the aircon buzzing at full speed in the car. Once we’d arrived at the tudor-style county Lakehouse with it’s cosy bar, fireplaces and treasures from another time and checked into our room, it was only after we’d unpacked that we realised the aircon wasn’t on in the room. At 1500 metres above sea level, it was just this cool and never warmer than 25 degrees Celius.

Aside from the fact that we could ‘breathe’ again, it felt like we had completely left Malaysia and landed into another world, an English world where British troops were once stationed and high tea was actually a thing. 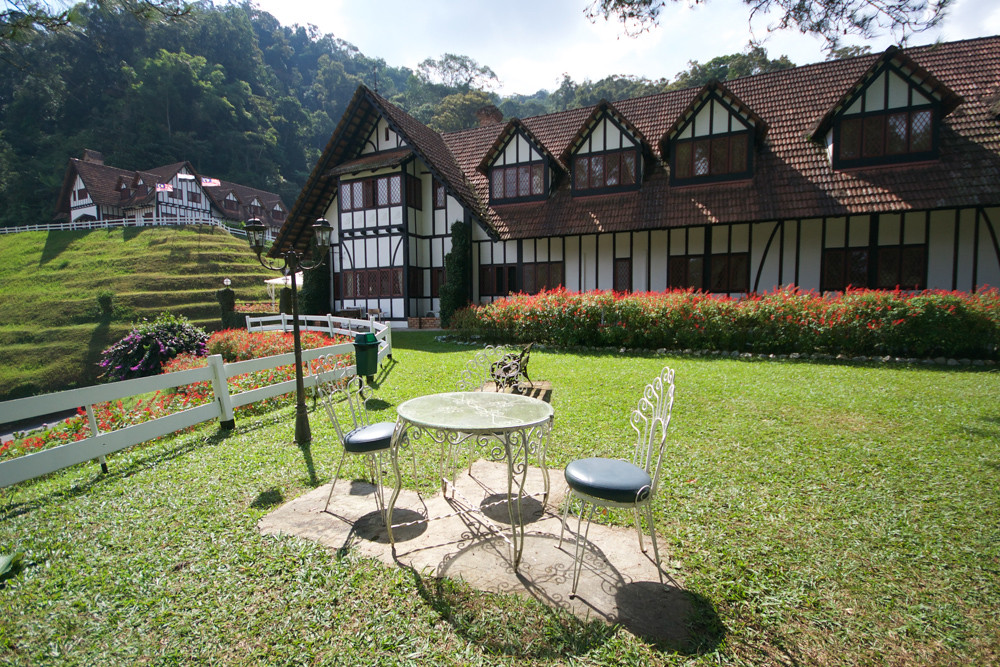 A little slice of Britain in the highlands of Malaysia. 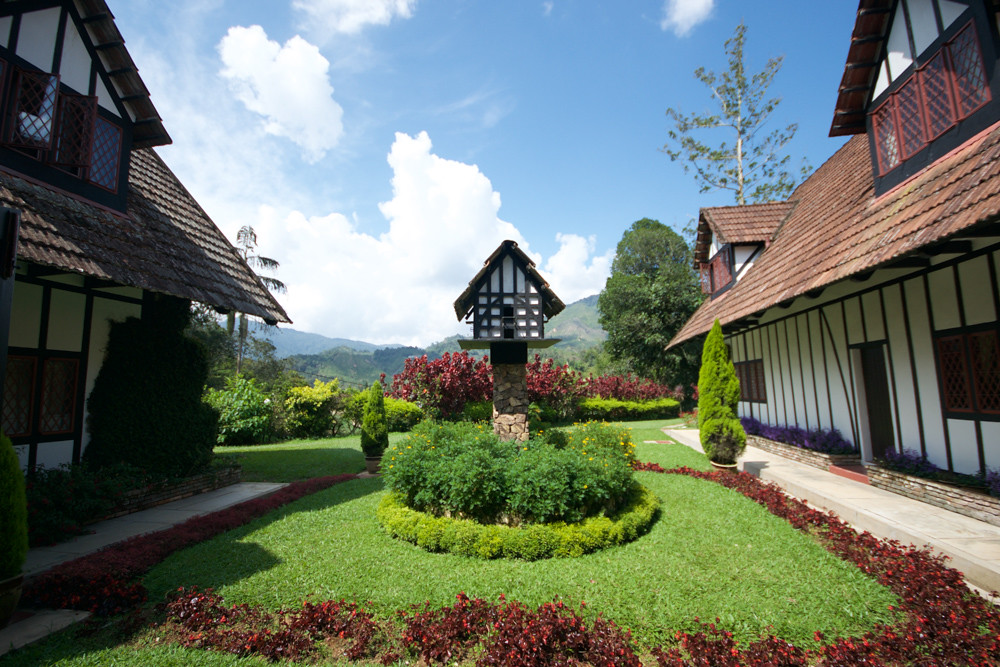 Walking through the house originally owned by retired British army officer Colonel Stanley Foster, felt like stepping back in time. Typewriters, gramophones and vintage telephones adorned the side tables,the stairs creaked and guests chattered in the bar where a sign read “No swearing allowed”. Vaughan and I sank into a couch and waited for our tea and scones. A tiered tray appeared with cascading sweet and savoury treats. Cucumber sandwiches, juicy strawberries, freshly baked scones oozing with cream and jam. Best of all when the chill of evening appears, you can sink into a couch in the Highlander Lounge right in front of stone-walled fireplace and it’s roaring belly within. 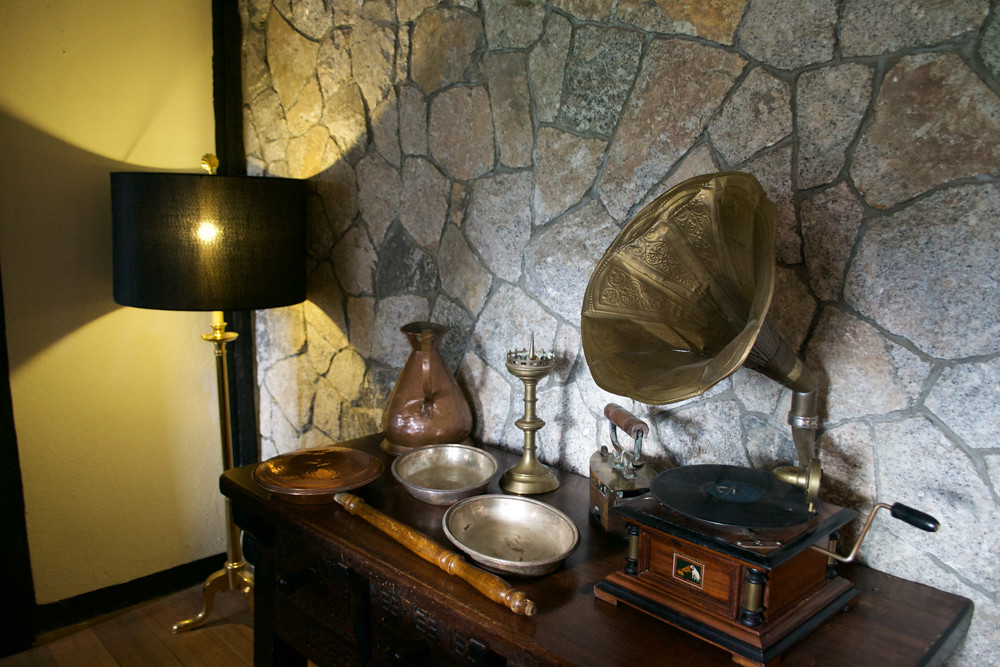 Treasures from a bygone era.

Quaint Room with a heavenly bathroom.

Near to the creaky stairs in the shade of tall trees, was our quaint room with a beautiful four poster, soft carpeted floors and a classic black and white tiled bathroom floor. Pregnant at the time, I welcomed the luxury claw-foot bath as this was Asia after all and chances that your hotel will have a bathtub are slim. 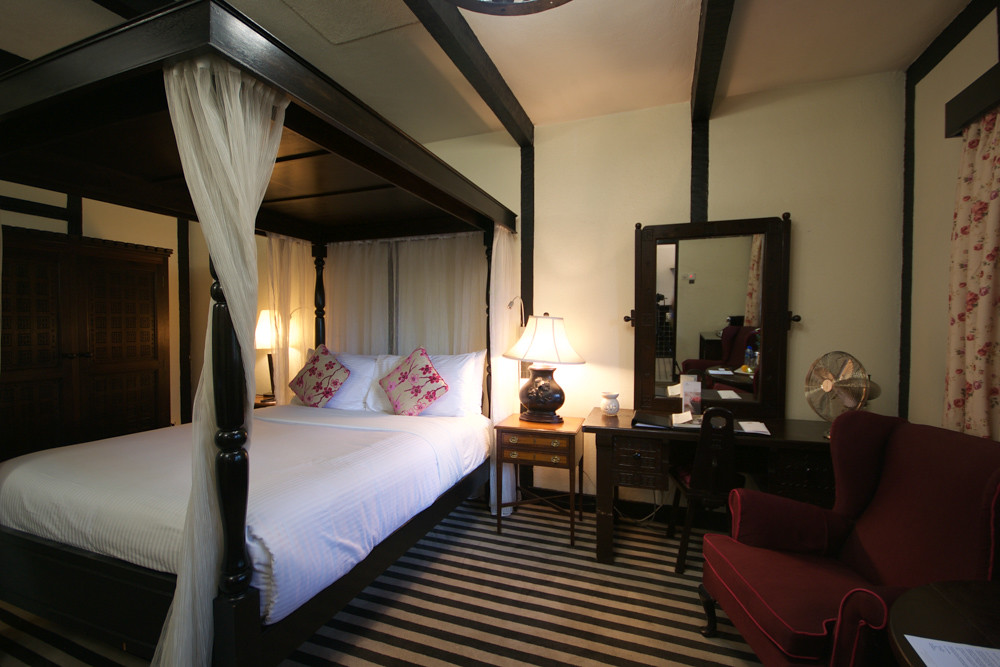 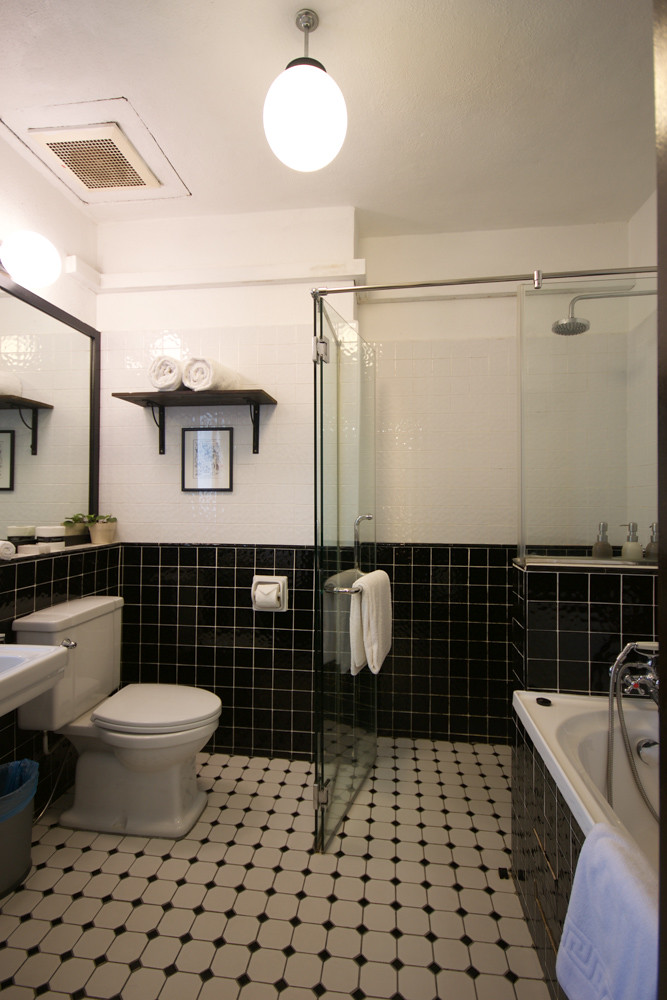 As soon as our guide from Eco Cameron Tours arrived to fetch us from the hotel, we knew we’d hit the jackpot. Satya Murthy has been a guide in his hometown since the age of 18 and thanks to his Grandfather who came from Darjeeling, Satya’s enthusiasm and knowledge of tea is robust.

The first time I lay eyes on the undulating hills of the BOH tea plantation, I exhale really slowly and allow my eyes to rest on almost every acre of the emerald green bushes. He tells us that even though the British introduced tea to Malaysia, it was the Scottish Russell family who planted the first Boh tea plantation and brought a Sri Lankan tea ‘guru’ to advise them.

As we watch workers harvesting the top leaves, Satya picks two leaves from the 85 year old plant and tells us that all tea comes from these same plants but each have slight variations in their preparation. Black tea needs rolling and two to three hours in the air for oxidation to begin until coppery brown before drying while green tea requires steaming to stop oxidation before soft rolling and drying it. Chinese Oolong tea is made from airing it for 15 minutes, placing it in hot water and stir-frying it before smoking it. 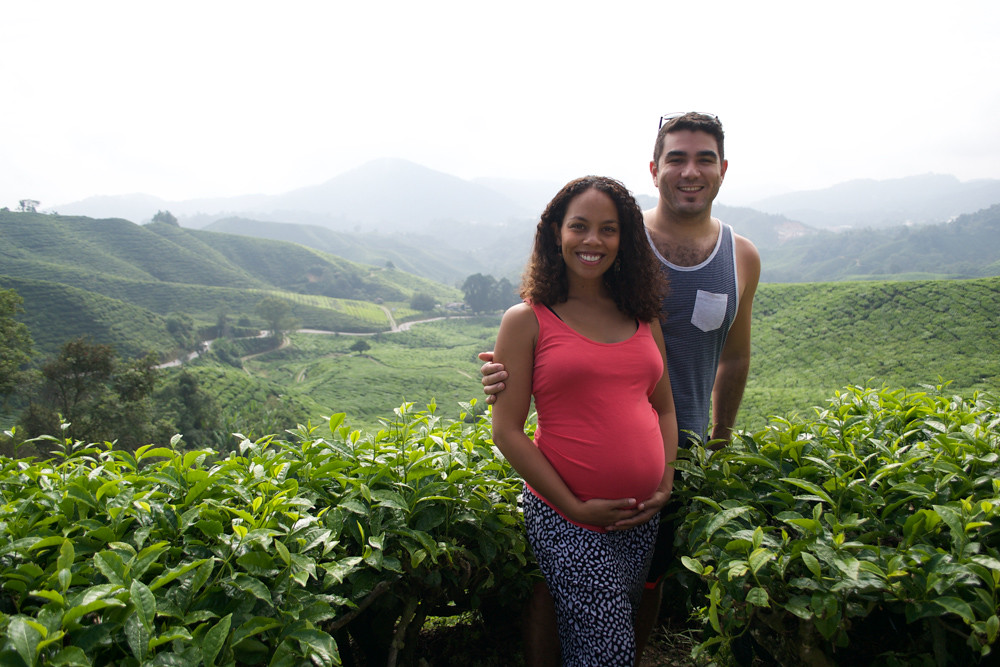 Vaughan and I in an oasis of 85 year-old tea plantations. 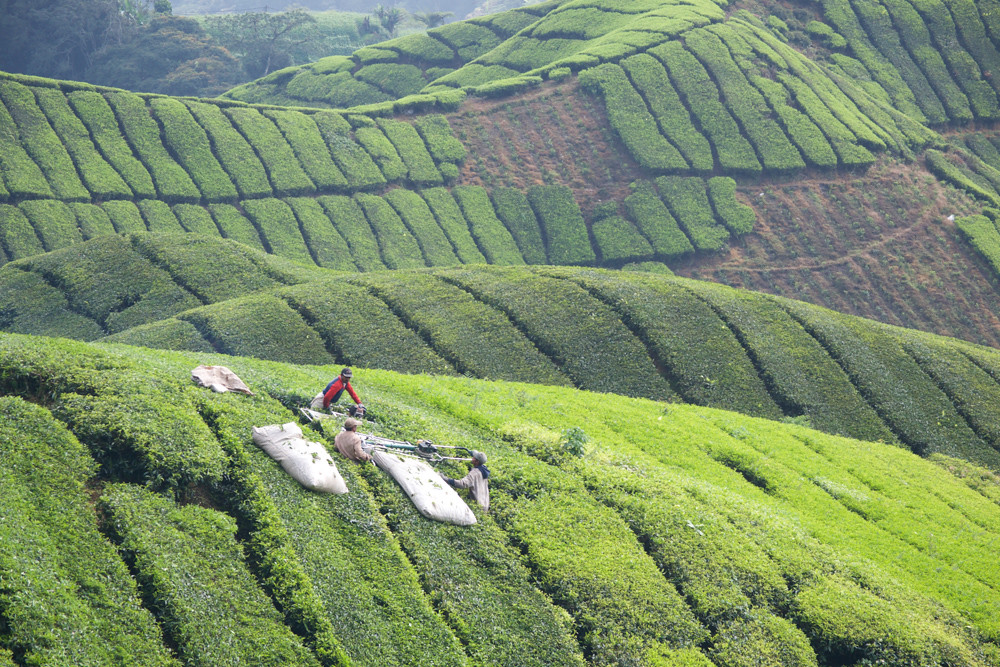 No one knows the Mossy forest better than Satya, after all this is where he spends most of his time. Trekking and educating young people on saving water, this precious forest and preserving it from more development. Very few rivers in the Cameron Highlands remain unpolluted due to heavy development and together with the NGO REACH, Satya advocates on behalf of this magical forest and all its inhabitants. It’s hard to get excited whilst listening to him talk about the various species of trees. Ducking beneath heavy branches and climbing up into ‘caves’ of age-old trees, I feel like I’ve stepped onto the set of the Lord of the Rings where nature takes a majestic lead. 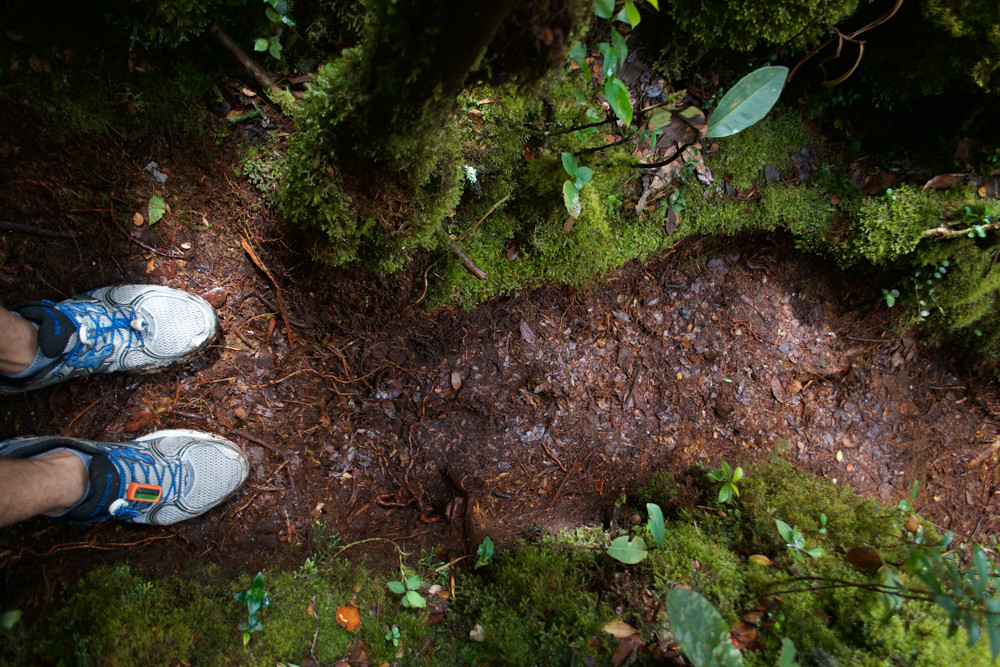 Stepping into the magical Mossy Forest. 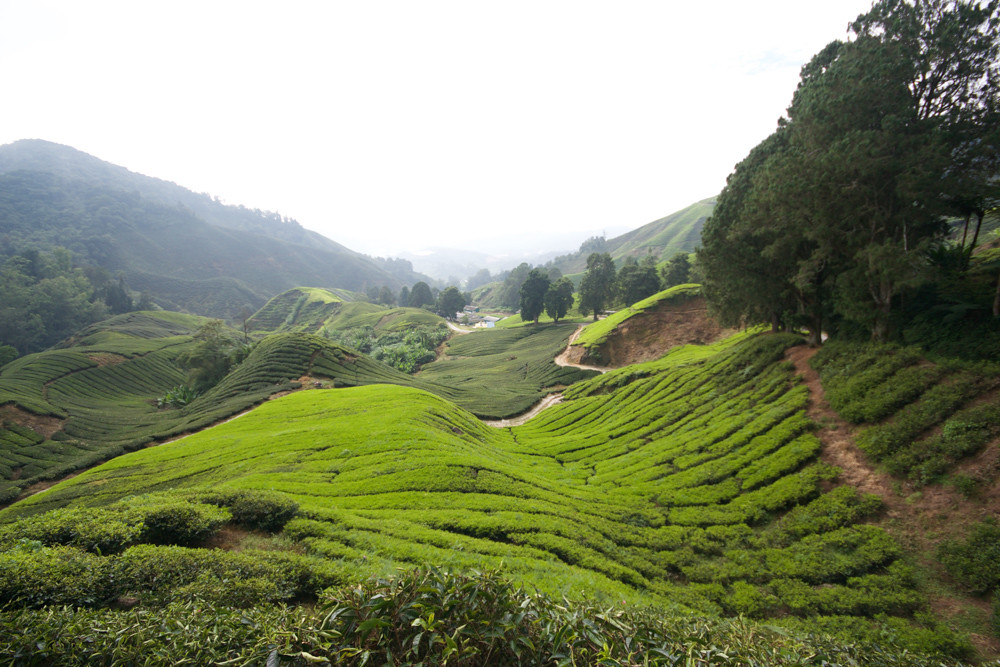 For more information, visit www.lakehouse-cameron.com and www.ecocameron.com to book a tour with Satya ( or enquire whilst at the hotel). 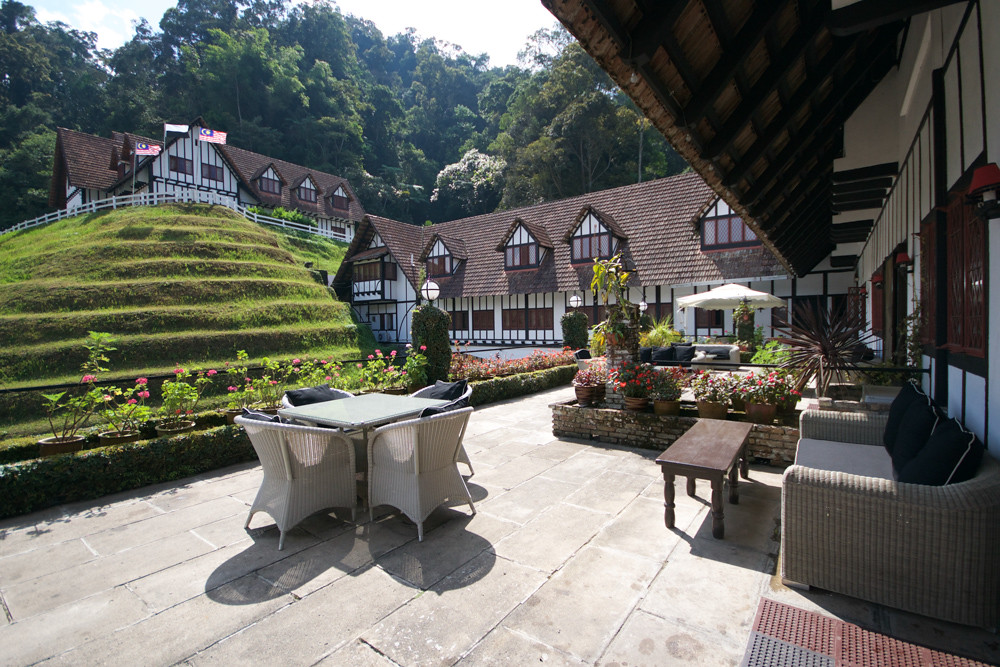 Lauren Manuel is the Editor and Co-Founder of The Travel Manuel. Six continents later she still has itchy feet and wanderlust for adventure in all corners of the earth. Find her on Twitter @TheTravelManuel or here on Google +.

Welcome to our site! The Travel Manuel is a travel blog run by two travel loving friends, Lauren Manuel and Vaughan McShane. We are digital nomads, modern day explorers and "style your own life" advocates. Are you ready to see the world? Learn more about us,