Deep purple hues illuminate the wall behind a woman playing the keyboard. As the band to her right softens their sound and she crescendos, I realise I am teary-eyed. I suddenly remember that I’m surrounded by a theatre full of onlookers all gazing towards the stage, mesmerised by the sound flowing through her mouth. 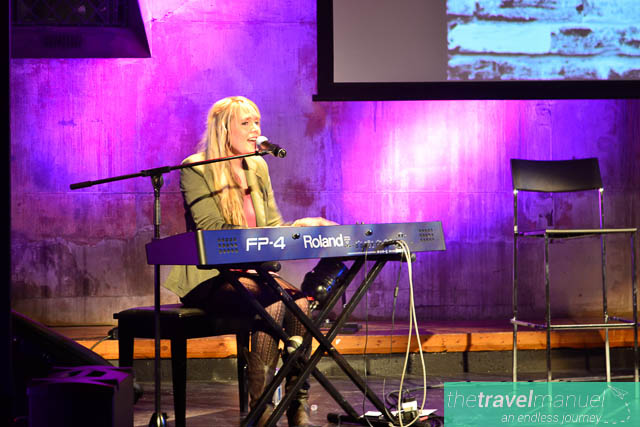 To be honest, I can’t remember the last time a song or singer made me tear up or feel that deeply emotional. But the sound of this young artist’s voice feels like sunshine on your face or sitting beside a fire on an icy night. Her name is Amy Larter and this is her album launch at the intimate Fugard Theatre. 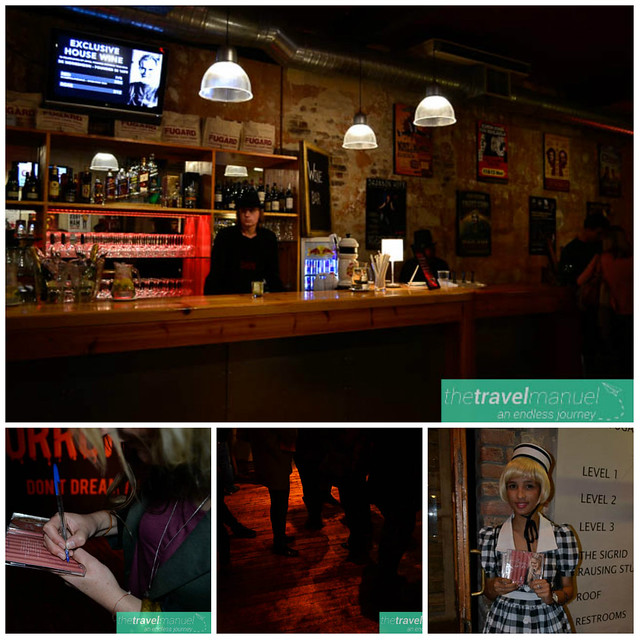 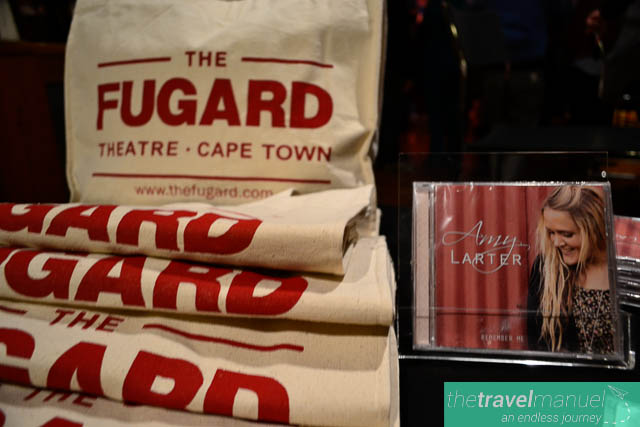 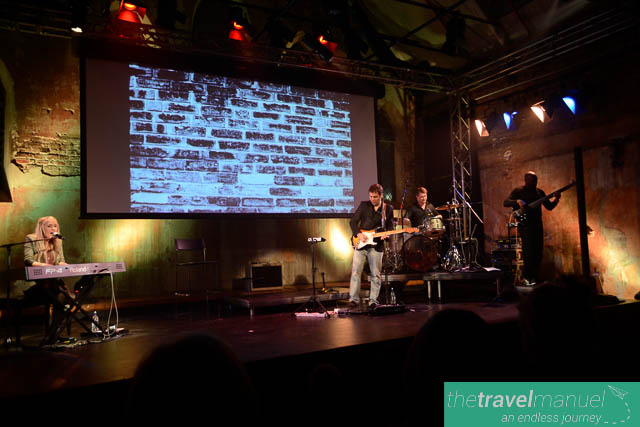 Amy and the band.

I have been privileged to get to know her over the last few years and experience the ease with which she plays the piano, writes incredible songs and brings sweet sounds forth when she sings. This was a night she had been waiting for her entire life and even though I hadn’t known her for as long as most people in the audience, the real meaning of the occasion echoed through every lyric sung. 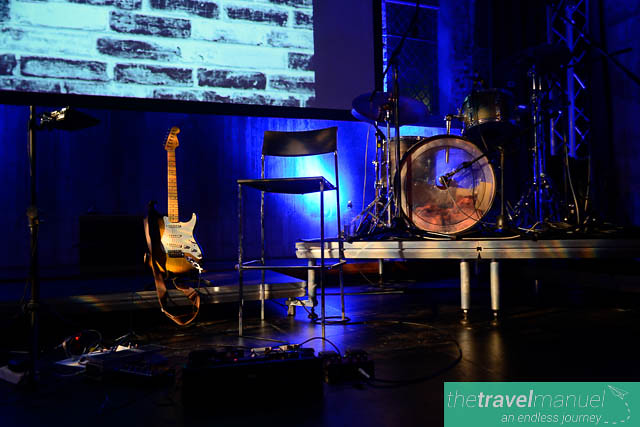 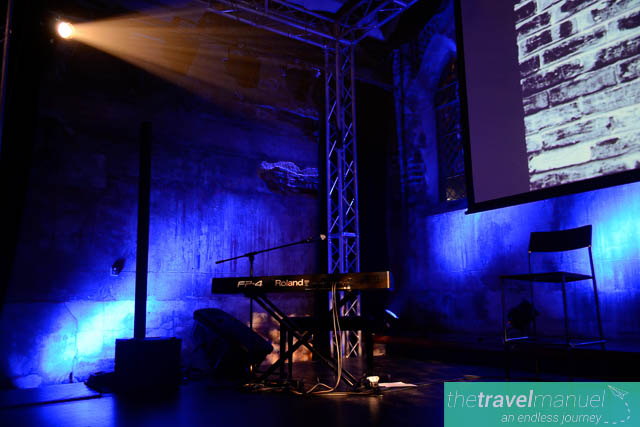 She describes their sound as “Jazz-pop” as although it has a distinct jazz flavour, it’s lighter and more eclectic in sound. The band is made up of three musicians; Jay Kruger the drummer, Andre Ferreira and Jose Ikotela Lotombola on the electric and bass guitars. They have only been playing together for the past three months. Due to chopping and changing of band members, she has done a lot of solo gigs but loves playing with the current band and feels really privileged to play with such talented musicians. 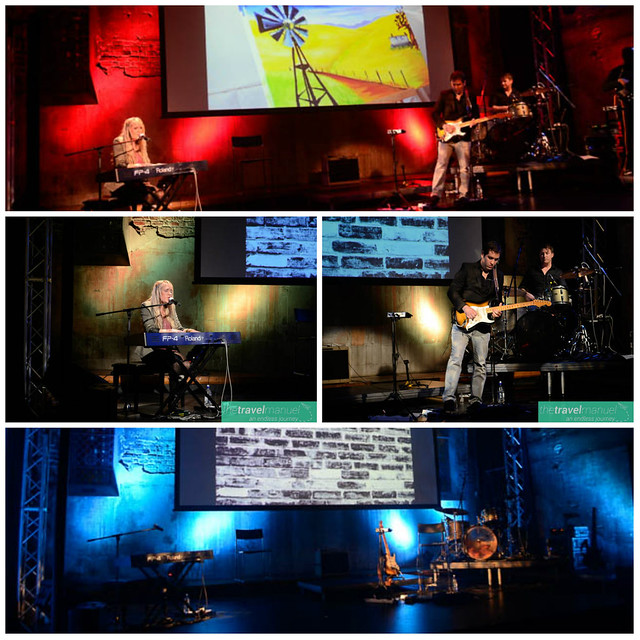 As she tells the audience that the common theme of her album is love, she glances over shyly towards her fiancé Jay (the drummer who also co-writes and helps with arrangement and production)and giggles ever so sweetly.

The next best thing after her voice and the great synergy she has with the band, was the narrative of art displayed on a screen throughout the show. Five artists were each given one of her songs to listen to and asked to interpret it through any medium while capturing the process on film. The result was literally art in motion. 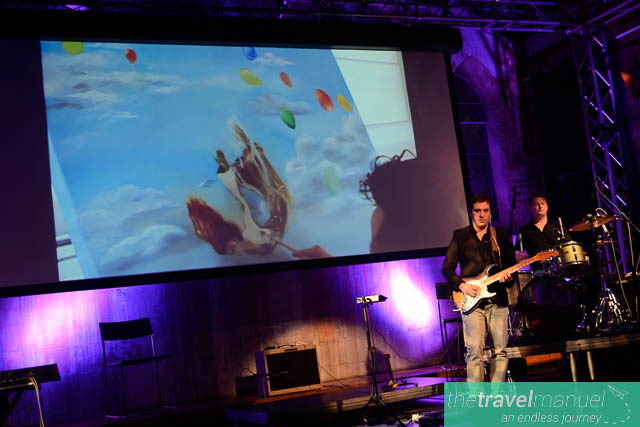 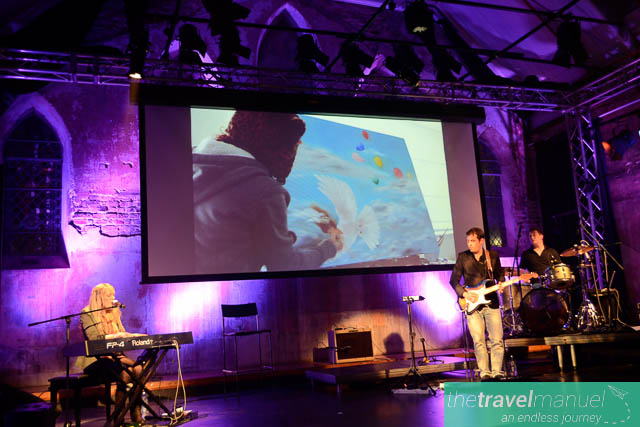 …and transforms into a white dove flying beside balloons. 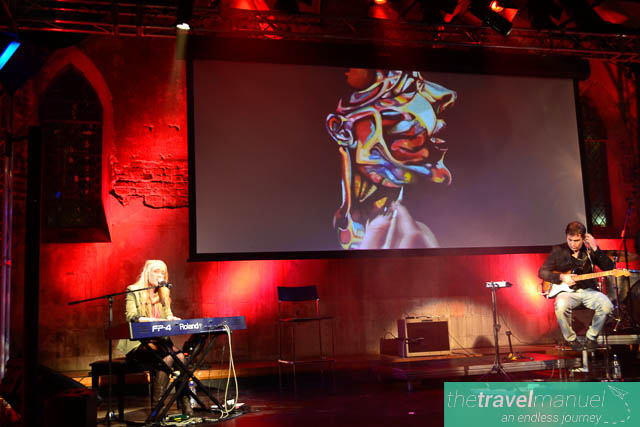 “All I want” by Indy Barris.

As she sang, windmills rose out of nowhere and soared above farmlands, a woman began free falling through clouds and changed into a dove whilst butterflies fluttered over song sheets and through pages of books. The artists spent days, weeks and months creating the most spectacular works of art and allowed the audience to visualize a scene that matched her songs. 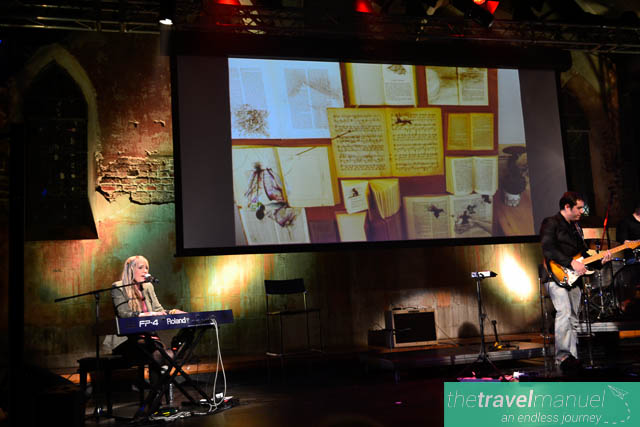 As the band accompanied her vocals and the deep red light dimmed behind her, I realised how surreal it is to witness a person of great talent do what they love, but even better, to be there at the moment when a friend realises her dream. 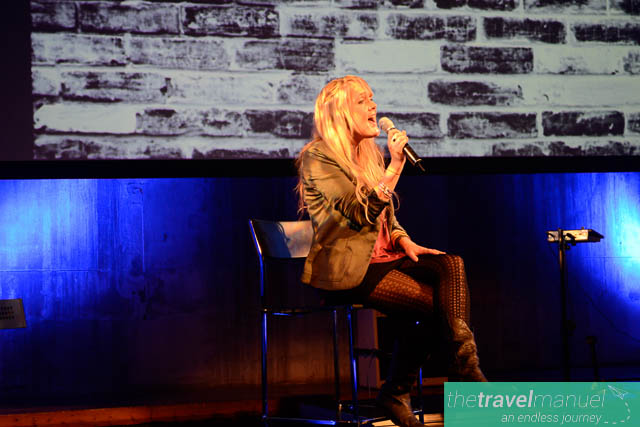 Don’t take my word for it, watch and enjoy her music video of ‘Remember Me’..