When I heard about the magical Tar Nim’s garden secretly nestled atop Poms Mountain in Koh Samui, my husband and I were chomping at the bit to jump on our scooter and visit immediately. A few months ago, we spent hours hurtling down gravel paths and speeding up sheer inclines in search of this legendary place. On our first mission of exploration we found an exquisite viewpoint over the island, luscious valleys of tropical vegetation and two giant gold statues of Buddha in the centre of Samui’s interior, but no garden.

The garden was designed and its sculptures created by a local durian fruit farmer named Nim Thongsuk in 1976. He envisioned a place where people could enjoy nature and find a place of peace. At the age of 77 years, after growing fruit atop the mountain and finding spiritual significance in this area, he built the garden. 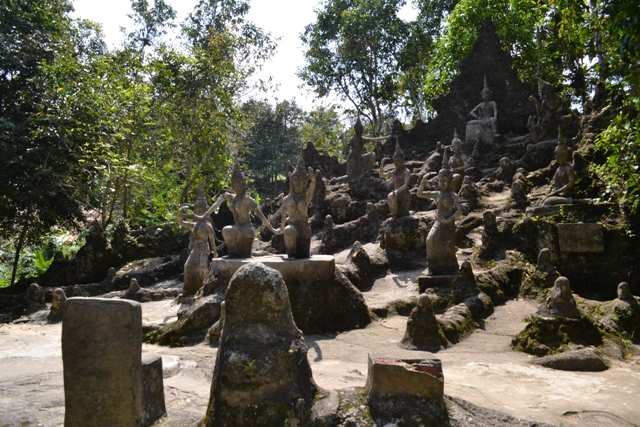 I was so excited to discover the legacy of this man especially once we’d veered off the main road into Soi Nalat and followed the road snaking past forests of coconut trees, an elephant trekking park and routes to nearby waterfalls. Our elation at reaching its gates was short-lived. Firstly we were greeted by more than five safari vehicles waiting for the return of the tourists they had transported here. We had to pay 80 baht on our way past the bustling souvenir shop and down the stairs. 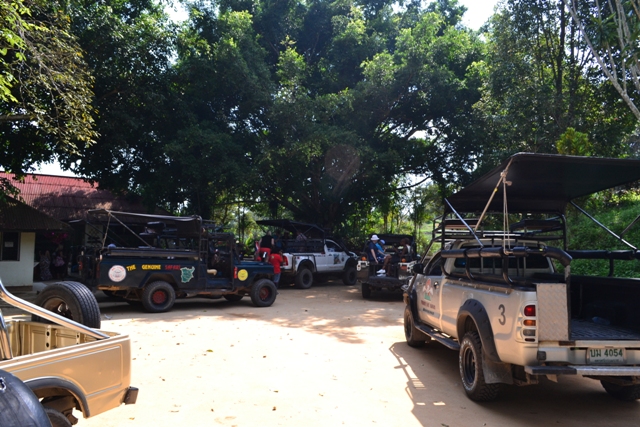 The serenity of the environment was completely lost to us before we even made our way down all the stairs. Russian tourists made their way up the stairs in their droves, talking loudly and nearly drowning out all reminders of nature.
The statues of frogs, an eagle grabbing a snake and a dog which greeted us were truly spectacular. In the shade of the giant trees beside the rushing waterfalls were also sculptures of Nim with his father as well as representations of his grandparents alongside one another in the stream. There are enclaves where one can hide away and abandoned garden lodges overgrown with green ferns. Statues showed signs of being worn away by nature and others continued to gather moss. A waterfall brimmed over into a stream with giant boulders hindering its pathway down into the forest. Ferns wrapped themselves around the tree trunks and sculptures displaying Buddhist folklore were dotted amongst the foliage. 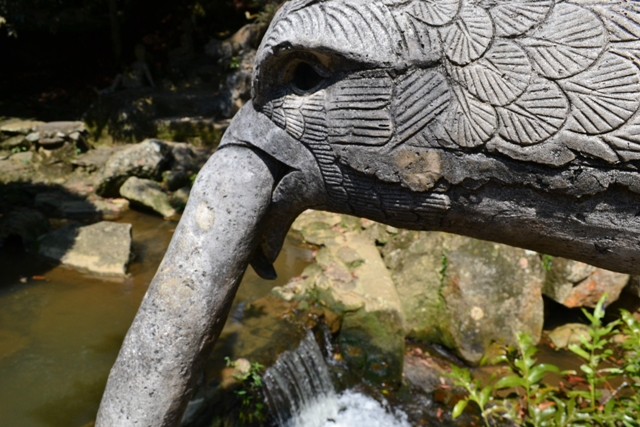 The glory of garden can be found in the centre with a number of deities performing in an amphitheatre with instruments and various poses. People rested on the bases of statues, whilst others posed directly in front of other sculptures. Aside from Nim’s creations, I’m pretty sure this is not what he had in mind when he envisioned a place of peace and quiet. If only we could capture any of these masterpieces on camera without having an unwanted tourist in it too. I purposefully had to adjust each shot to crop out a human and it began to feel like involuntary photo bombing. 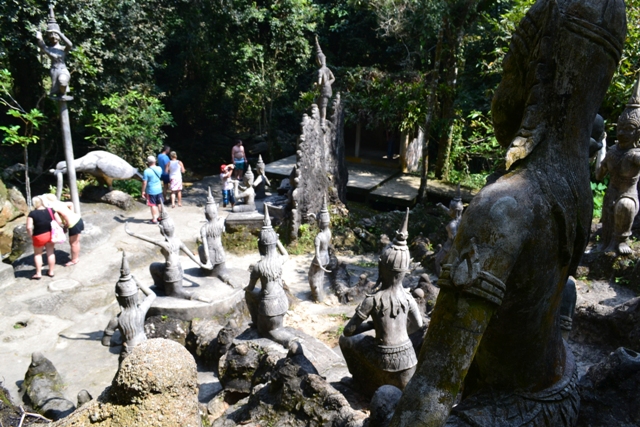 With Koh Samui being the tropical paradise it is, visitors are most likely to be present. But when you’re in the middle of nature and six tour groups leave only to be replaced by an abundance of more people in the space of 15 minutes, something has got to give. In 2008, 1, 5 million tourists came to the island on holiday, judging from this tiny garden deemed to be secret, I have no doubt this number has increased to the detriment of the island. I wonder if there still any tourist-free areas on the island anymore? 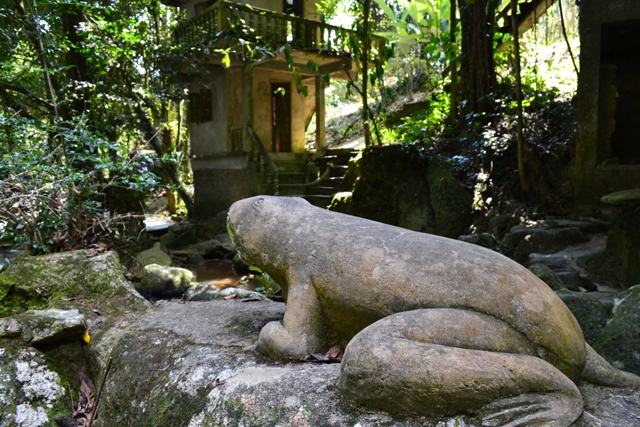 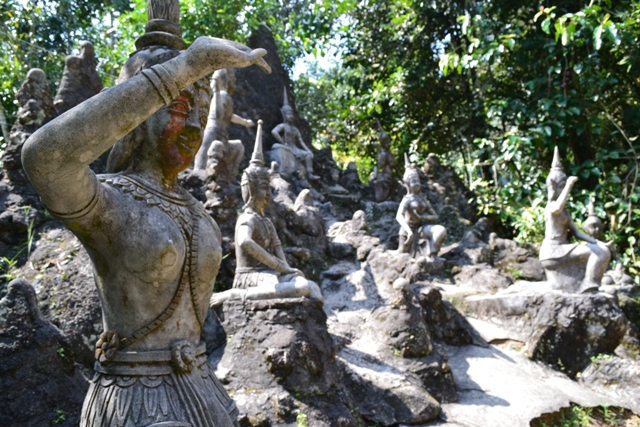 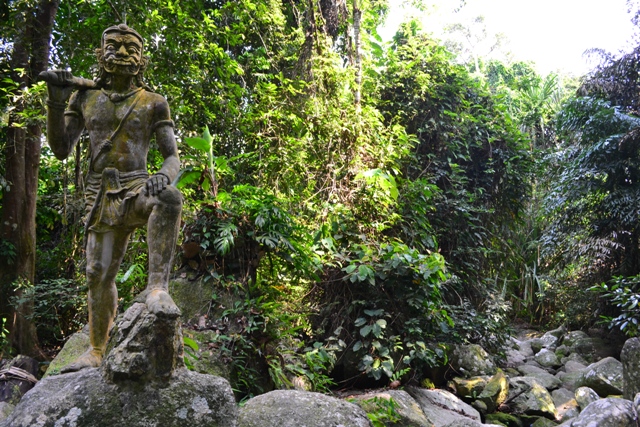 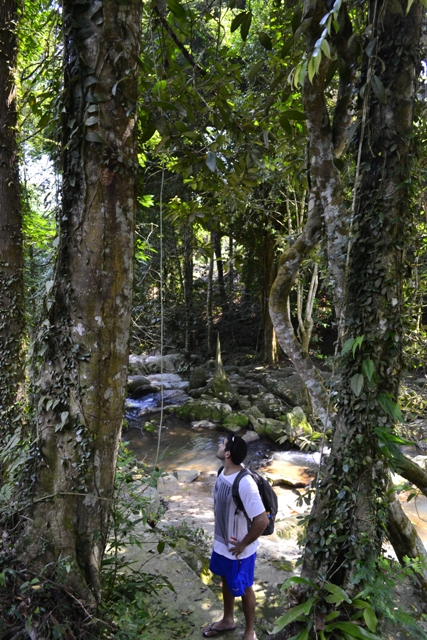 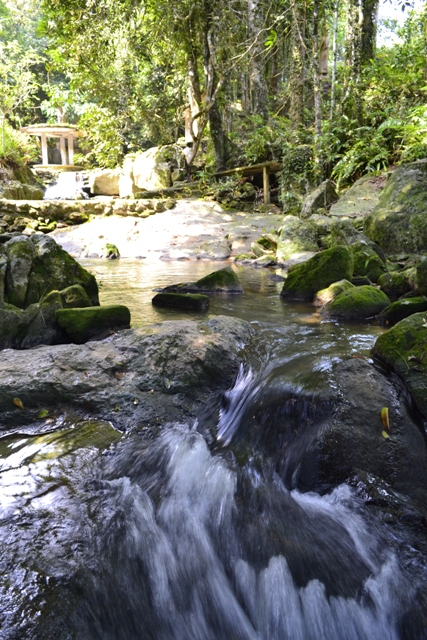 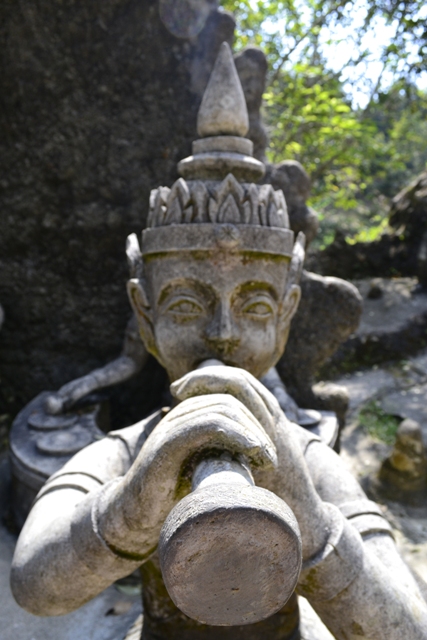 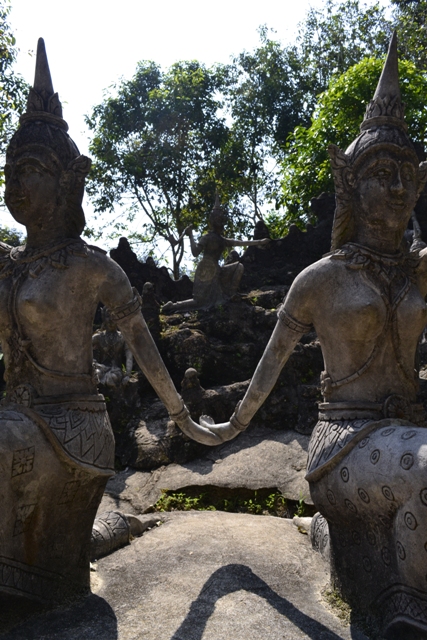