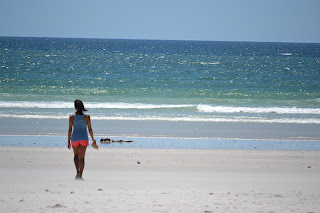 Elands Bay was the furthest I’d ever been up the West Coast. I was foretold of the lure it held for surfers. It had the perfect left-hand break to make goofy-footed surfers smile. Road tripping to your destination is always fun and games. Everyone is happy to get away, the car has been packed to precision and banter comes easily. The actual trip, minus the GPS leading our driver astray to Plattekloof, was about 3 hours.

We arrived to gale force winds, whirling through the sandy campsite right on Elands beach. We didn’t know it yet, but this wind would not let up until we awoke the next morning. About seven of us put up our tents after arguing for the best positions, secure in the fact that they would still be there when we returned from a surf. The looks on their faces as they surveyed the surf told me that there were no waves. I looked through the green fence, the single thing separating us from the beach, and saw that it was not good. There were a few ripples, if that. 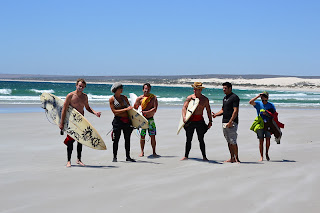 But it was Elands and we were here to surf, so that’s what we attempted. My time in the water was brief and uneventful. The waves were too small even for me. I returned to our camp to find our ‘kitchen’ gazebo in tatters. The big tent was holding up, but barely. Sick of fighting the wind, we took a walk into town. Town being two roads with a hotel, two petrol pumps, a general dealer, a police station and a few houses.

We spotted a place at the end of the street that said “Great coffee time…open”. I needed no prompting. The others saw a surfboard hanging from the wall and walked straight inside. The only guy behind the bar was Josh. Turns out, we were their first customers and this place belonged to Pili Pili Adventures. This was the hub from where they took tourists to kite board, surf, stand-up paddle boarding and more. He said we could order espresso, braai in the sandy area and hang around for as long as we liked. We didn’t leave until it was bedtime. I left only to shoot some photos on the beach as the sun slowly dipped behind the mountain. 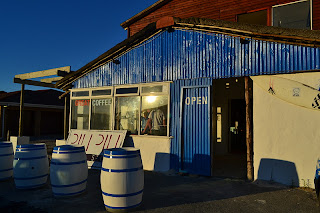 Inside, we were sheltered from the wind; there were chilled tunes, we braaied 20 massive crayfish and played ‘Kings & assholes’. It was holiday heaven. It had been ages since I’d eaten crayfish and once I’d cracked the tail off; I dipped it in a garlic, lemon and mayonnaise sauce and savoured every bite. We insisted that Josh join us and I’m pretty sure I’ll never again meet a barman who can produce music, has surfed against Jordy Smith, studies Media and plays guitar. 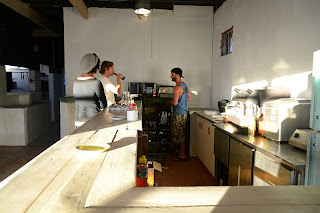 The following morning I unzipped the tent to find not a breath of wind. Eagerly the guys suited up, ready for the waves that had formed today. I pretty much ended up floating on my board, getting a cramp in my right buttock from struggling to balance sitting on small board and yelling a profanity as I saw the size of the waves rolling in and my tragic position. I cut my losses and decided that Muizenberg would always be there for me to surf and I could help the non-surfers make breakfast on the fire instead.

Turns out later in the day once we had packed up, there were spectacular waves. Non-dumpers, but clean, peeling waves perfect for me. But I couldn’t bear to put my wetsuit on again so I sat on the rocks and shot the guys ripping it to the left. The water sparkled, people could tan on the beach and it was nearly time for us to leave. As I mentioned earlier, the drive back home is never as joyous. Everyone is tired, sunburnt and craving alone time. This is precisely why I slept the entire journey home; that and my stupid allergies. There is nothing that drains you more than sneezing for 6 hours at a time. As I slept I dreamt of crayfish, sausage sizzling over the fire and sipping coffee as I watched the waves break. 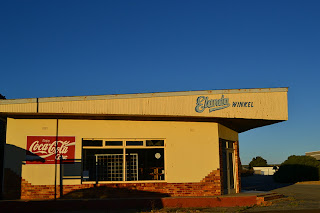 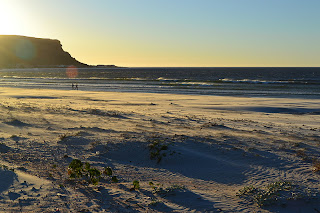 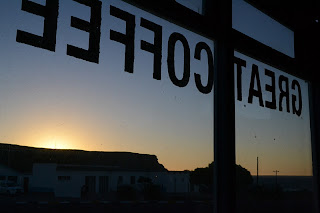 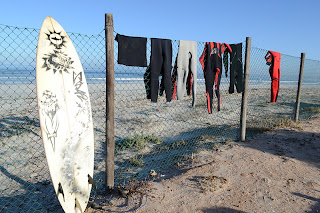 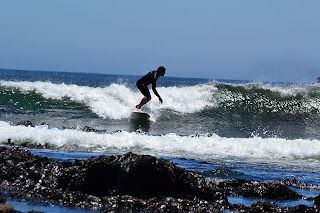 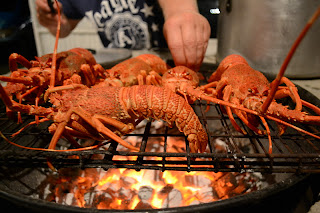 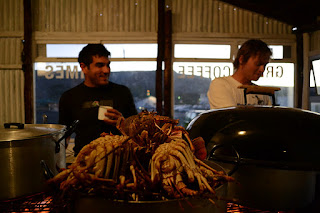 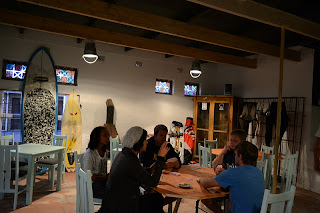