Lauren and I have decided that 2014 is going to be the year of “do more,” our hearts are set on exploring wherever it is we find ourselves and engaging all our senses instead of just our TV’s remote. What better way than to start the New Year with our adrenalin pumping to the sound of two four-stroke 225HP engines powering us through the ocean? So that’s exactly what we did.

Conquest Charters is an adventure boating company based in Cape Town that offers Coastal Marine Tours for groups up to twelve. Trips include Hout Bay to Seal Island, Millers Point to Cape Point and the one we went on – Granger Bay to Clifton 4th beach. 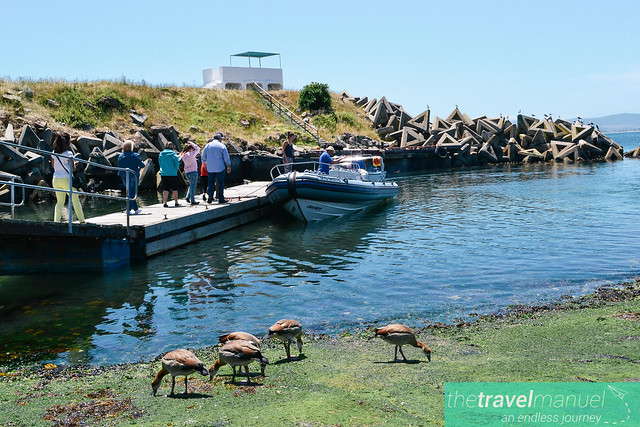 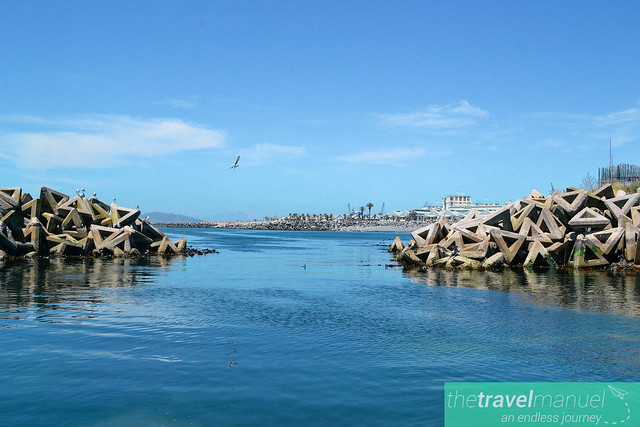 After boarding our 8.5m RIB (Rigid Inflatable Boat) in the deceptively calm waters of Granger Bay we headed deeper into the Atlantic and within moments were absolutely mesmerised by the sight of Cape Town from offshore. Table Mountain, Lions Head, Devils Peak, even the buildings were all breathtakingly beautiful. Ryan, the owner and captain, then gave us a quick run-down of what we could expect before we got going. The excitement was tangible. 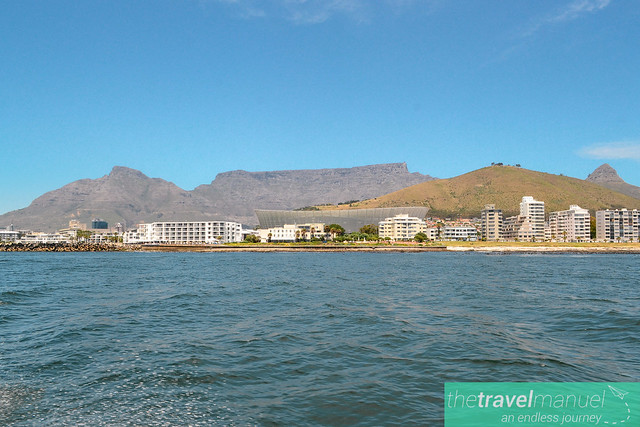 Straddled safely over our seats we felt the boats twin engines surge into life as Ryan eased into the throttle. The combined 450hp leapt at the chance to show off their incredible power and with the greatest of ease propelled us from a stand still position to racing along the water’s surface. The huge boat somehow manages to maintain grace and power at the same time. The seats were comfortable and the turns quick and responsive all the while ploughing through the huge offshore swells that had built up the previous night. 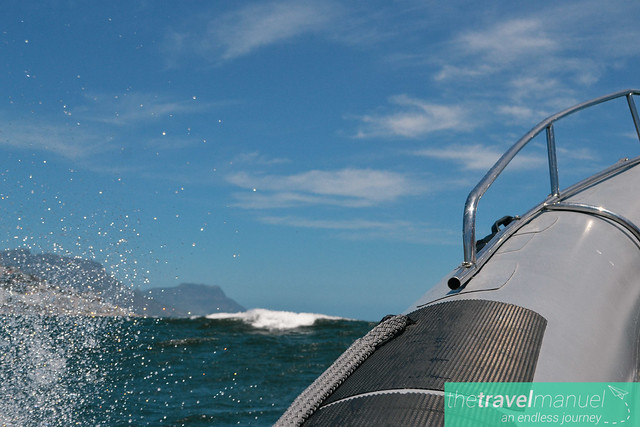 Children and adults alike screamed in jubilation as we flew from crest to trough – some of the waves were simply huge. We eventually made it to the calm waters of Clifton and idled around their while we took photographs, chatted and laughed with one another. 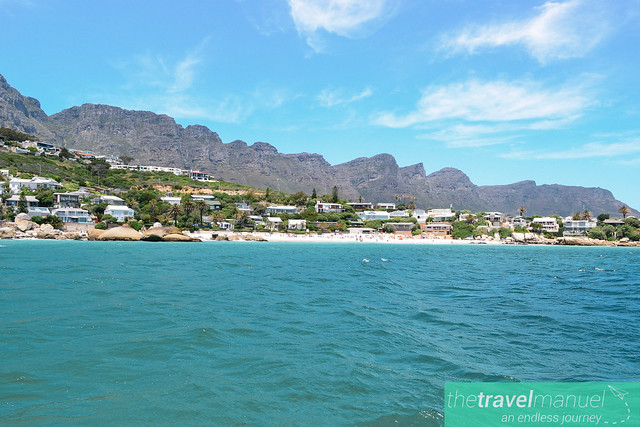 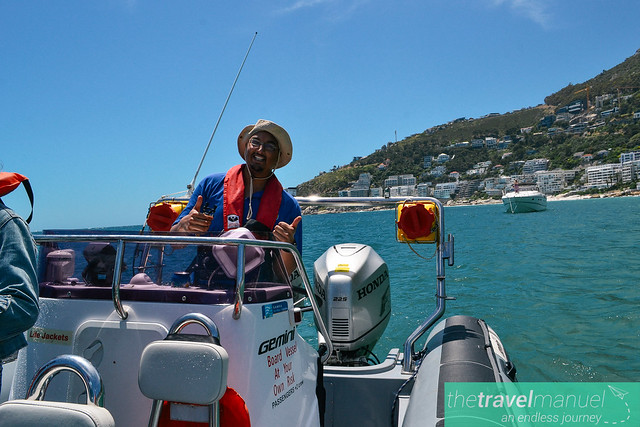 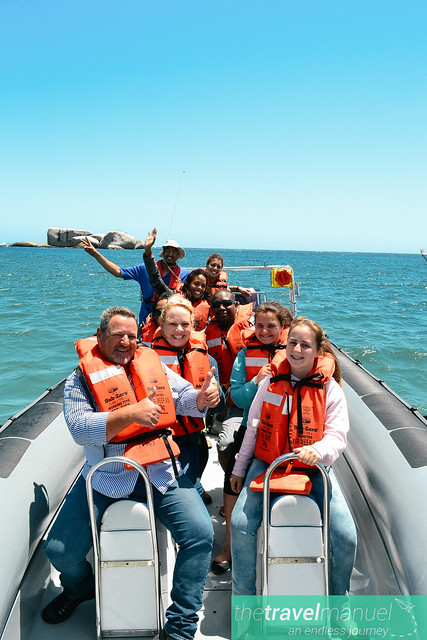 After a while we turned back, this time with the swell behind us and drank in the scenery before being pleasantly surprised by dolphins that had come to join in the fun. They darted all around and even underneath the vessel while the young girls on board squealed with joy. Apparently the dolphins are a common addition to the trip as they love playing in the wake of the engines and showing their flips and jumps. 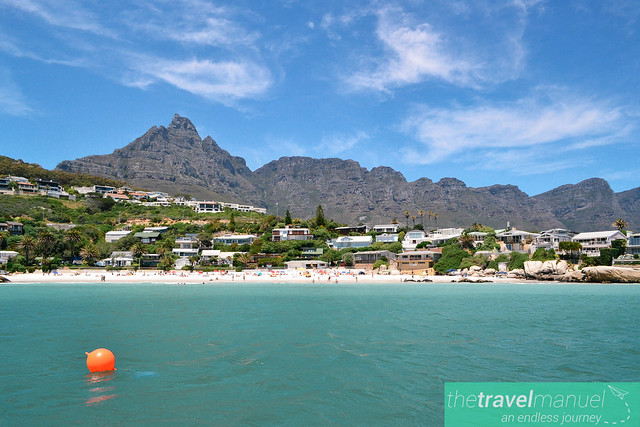 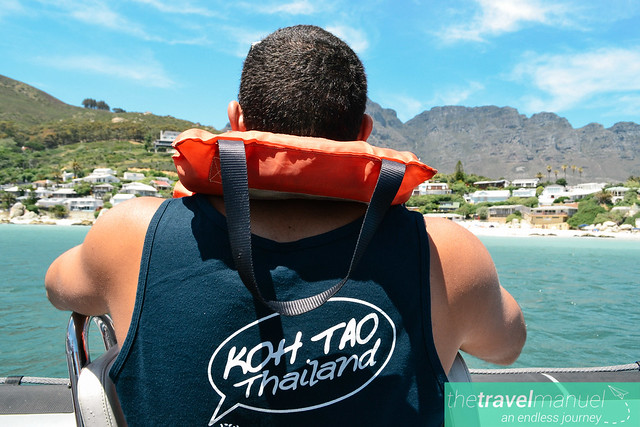 After a few figure-of-eight turns, in front of the V&A Waterfront, we eventually had to call it a day and made our way back into the small Granger Bay harbour. We made new friends shared laughter and even, at times, got thoroughly soaked. Overall we rate the experience as epic and not to be missed. 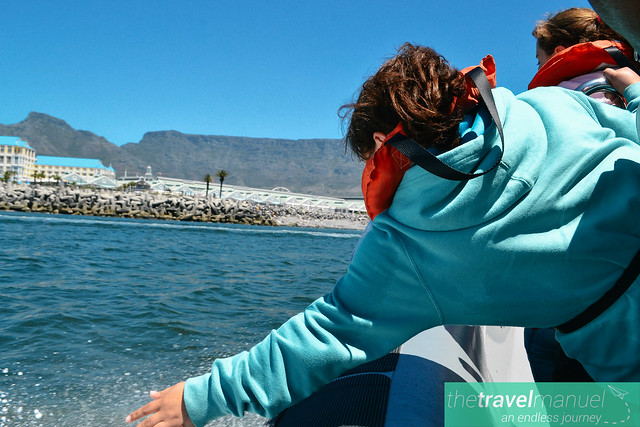 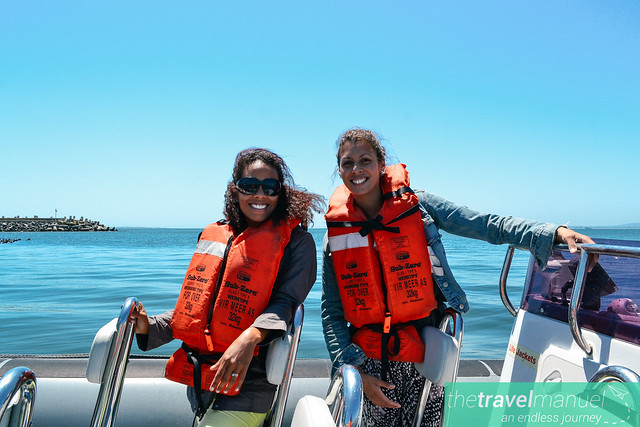 It’s fun for the whole family but keep in mind that children need to be accompanied by adults. They also cater for group bookings; team-building, corporates, sports teams and tours are all welcome.