Just two hours from Cape Town is one of the oldest fishing villages along South Africa’s West Coast. With it’s bright, wild flowers which bloom in Spring, white-washed cottages with blue shutters and a long beach, it’s one of the prettiest places along the coast and still maintains it’s raw, seaside charm. 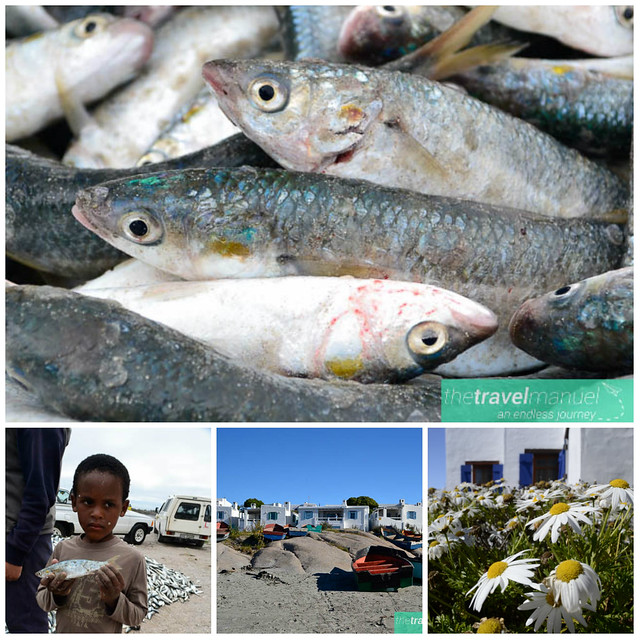 It is a well-known for its crayfish, mussels, fish and abalone, but particularly for the West Coast delicacy called Bokkoms. Bokkoms is dried, salted Southern Mullet known locally as ‘harders’. Luckily I was able to capture a group of fishermen who had just reeled in their catch of the day- harders ready to be transformed into Bokkoms or used as bait. 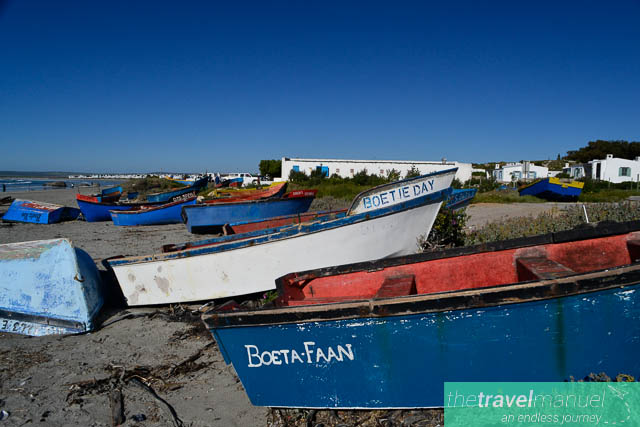 The fishing boats of locals moored on the beachfront on a sunny day. 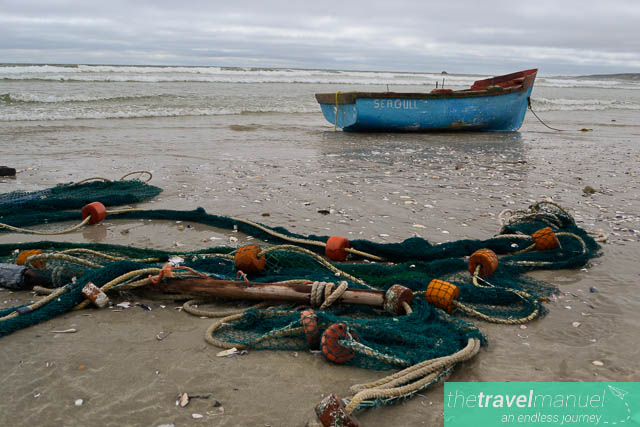 On a beach further down, this boat has brought in quite a large catch. 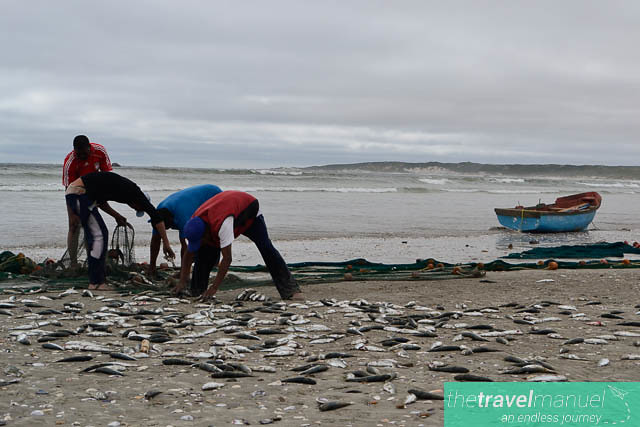 Fishermen gather fish that rolled out of the nets. 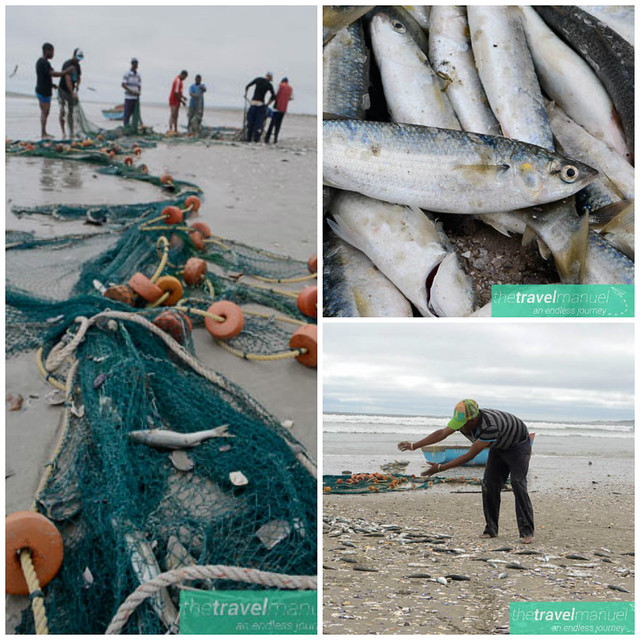 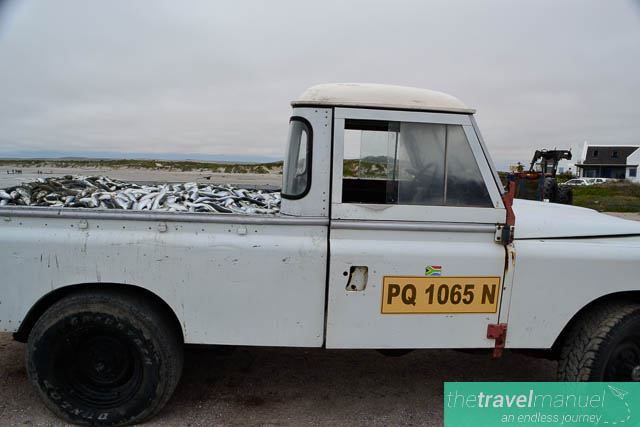 Catch of the day loaded in a Land Rover. 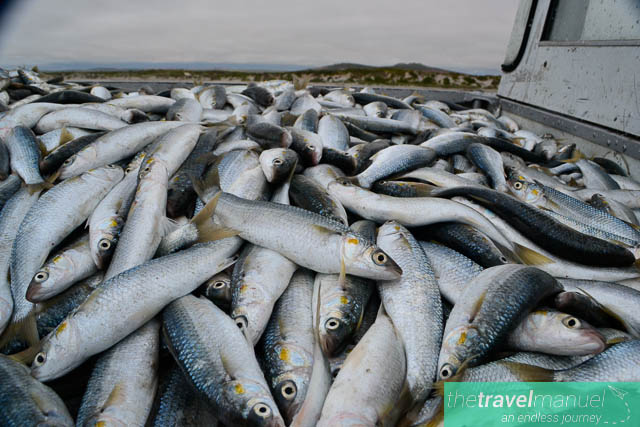 Some are still alive… 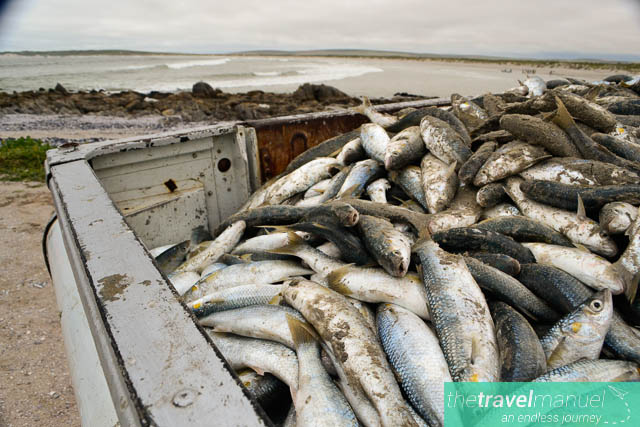 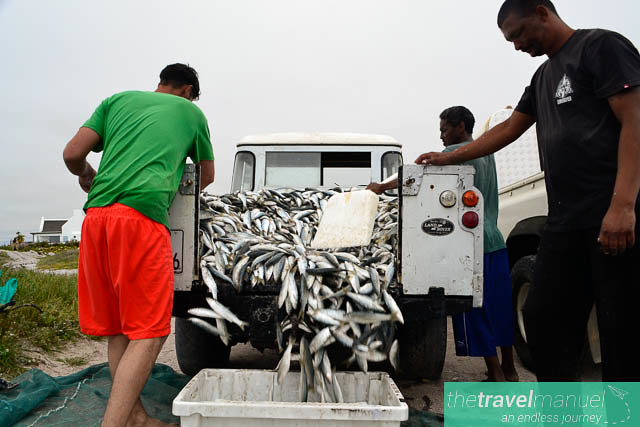 First they are scraped out of the van into containers… 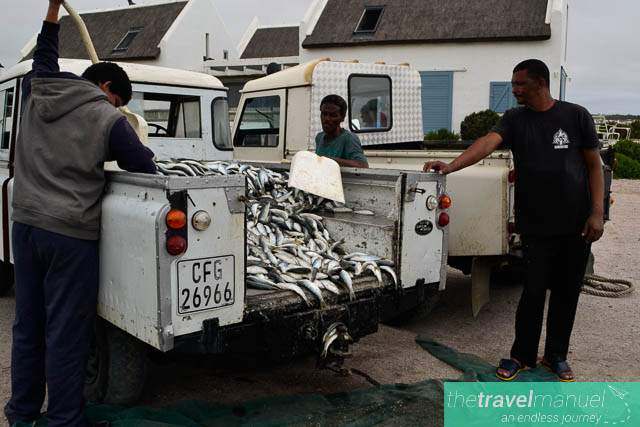 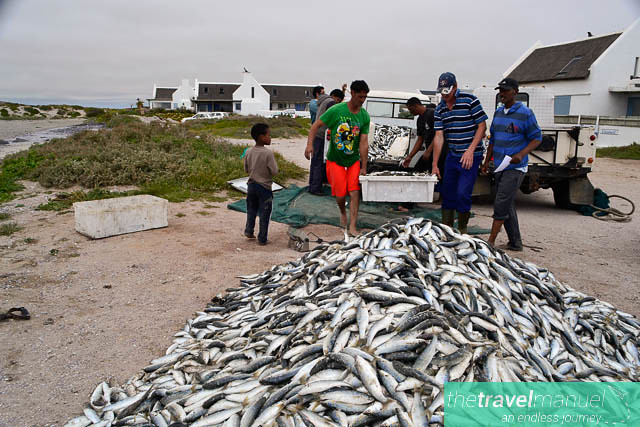 carried to the scale, 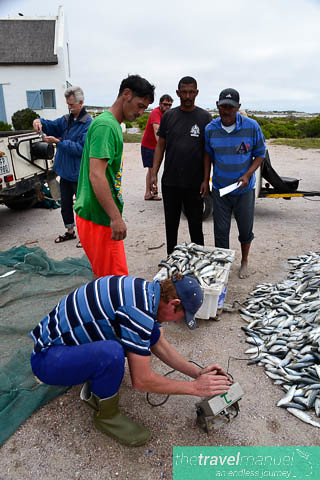 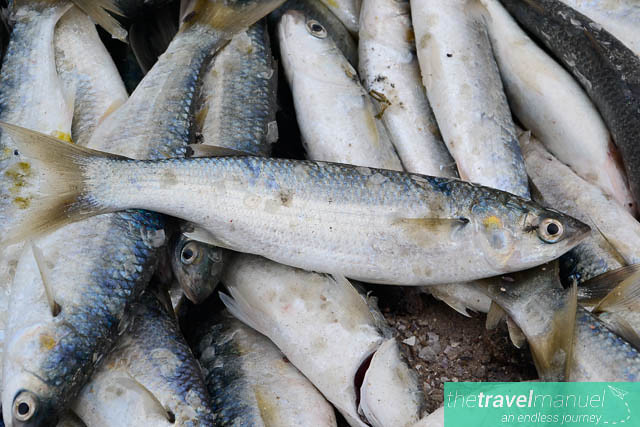 Some are full of loose scales, 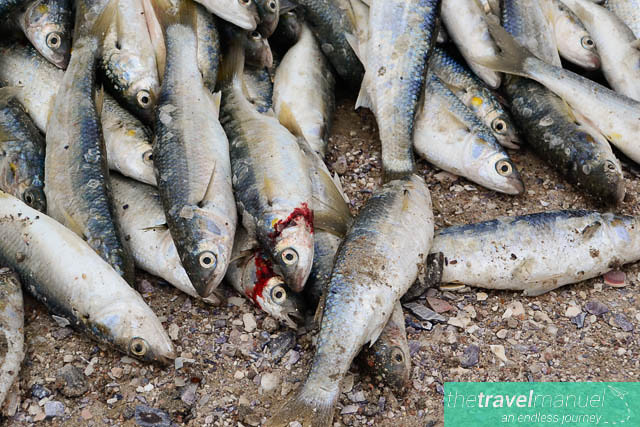 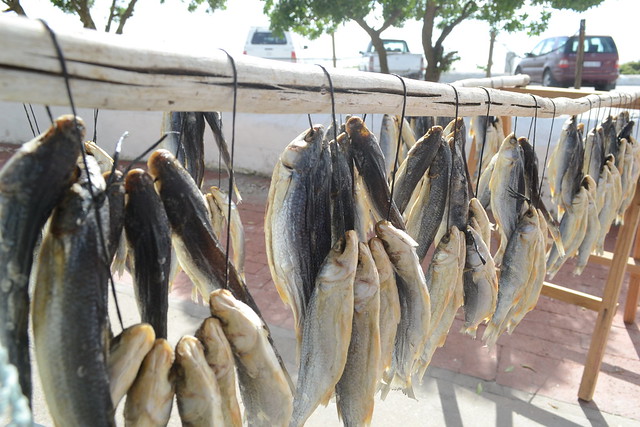 But almost all end up being dried, salted… 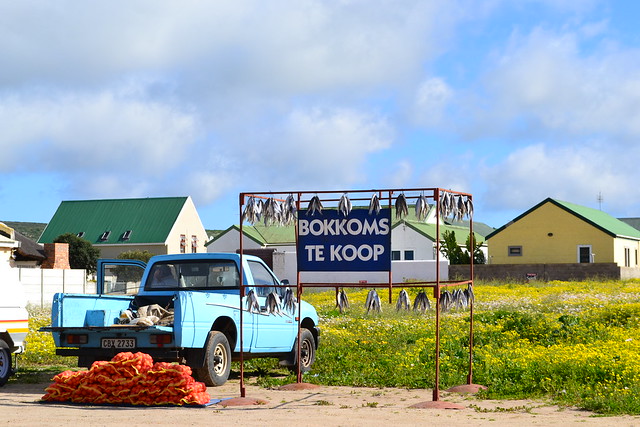 and becoming bokkoms for sale.