You are here: Home / Travel / Africa / Off the grid in Bulungula, South Africa.
217
SHARES
FacebookTwitterStumbleuponBufferPinterestPocketGoogleWhatsapp
Mail

Luckily the rain falling along the Wild Coast of South Africa decided to stop. We had been warned that our tiny car might not make it to Bulungula and back if the roads were wet. I use the term ‘roads’ rather loosely. Whatever we were driving along, was so vastly different to any formal roads encountered in or near cities.

We moved steadily along the pathways which had been forged through these hills. They consisted of gravel, sand and large stones. Our tiny car with a 1.1 litre engine chugged along and I feared for the integrity of our tyres. 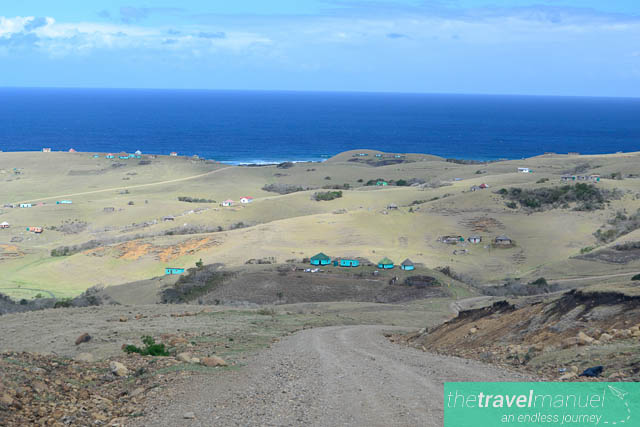 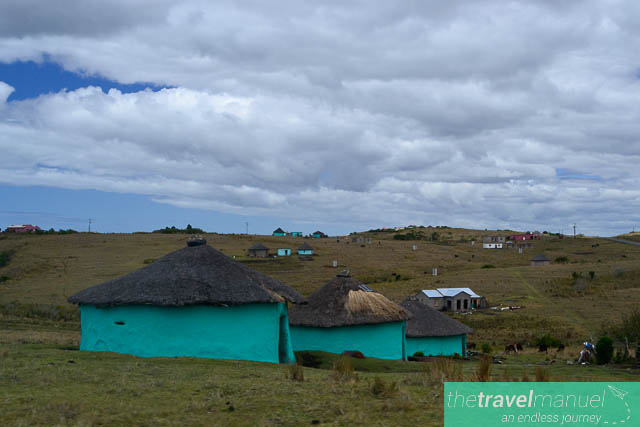 We had been driving, off the tarred road, for about two hours and still seemed nowhere near to the ocean. We transcended one green hill after the next. Countless cows grazed on every hill. Turquoise seemed to be the favourite colour for huts, as they dotted the landscape with the occasional pink or brown mud hut amongst them. Black and white goats crossed the sandy road quickly in front of us whilst pigs rummaged for food beside the fence. 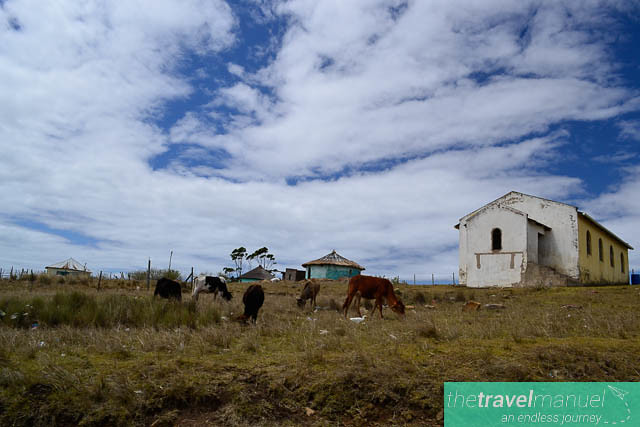 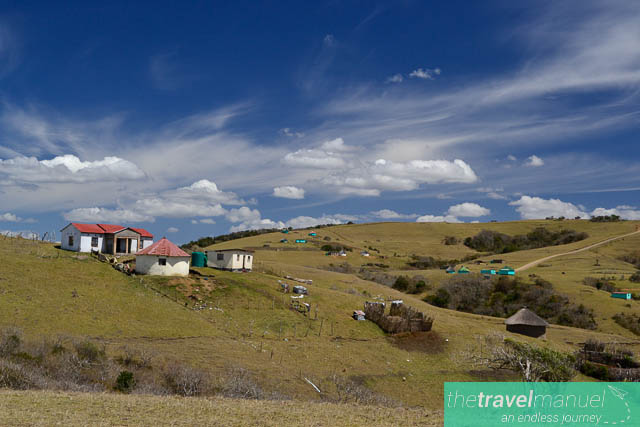 We stopped to take photos of a giant tree. A smiling man named Charlie came out to chat to us and told us that his grandfather was the one who had planted it in 1885 and called it Umtombi. 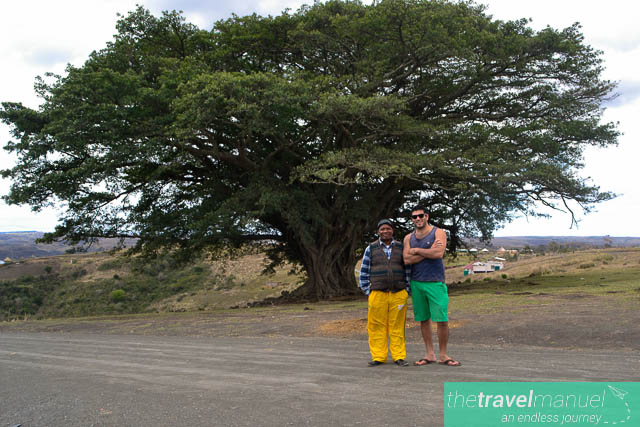 Children played outside their huts beside their dogs and chickens sauntered around in the yard. Patches of land were cordoned off for farming and there Xhosa wives and women planted cabbage, onions and other vegetables. After 100km of puffy clouds suspended in a blue sky, hundreds of hills dropping down into green valleys and more cows than I had ever seen, I truly felt as though I lived in Africa. 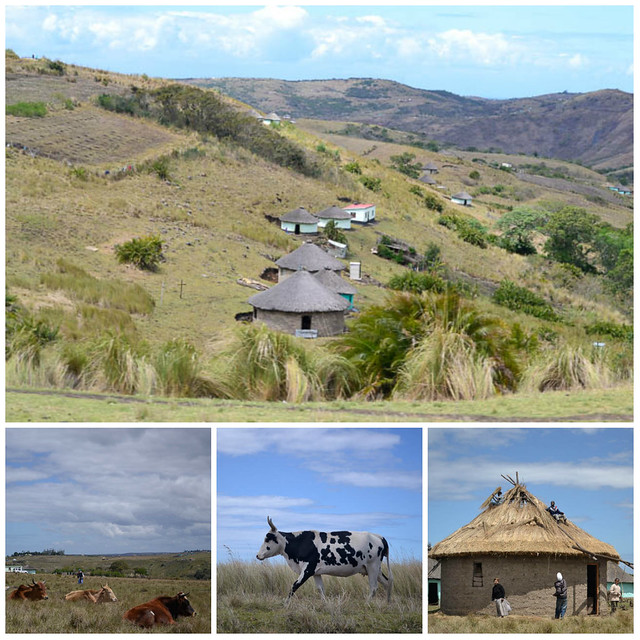 By some miracle we arrived in the parking lot of Bulungula with all our tyres intact. Three adorable boys under the age of four ran down from their hut to meet us. Eager to accompany us up to the backpacking lodge, they tried with all their might to help me pull me heavy bag up the dusty track. They spoke no English and the only Xhosa I knew allowed me to ask what their names were.

I heard two of them telling their lagging friend to hurry up. Without shoes, he was slower than the rest and Vaughan placed him on top of his suitcase and dragged the extra little load up the hill. 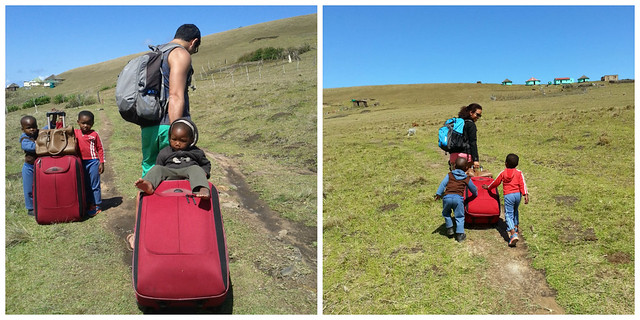 Once we made it past four huts, chickens, a puppy and piglets in the heat of the day, we saw it- the heavenly place we were to call home for two nights. Candyfloss pink huts formed a semi-circle and overlooked a caramel coloured river which met the ocean. 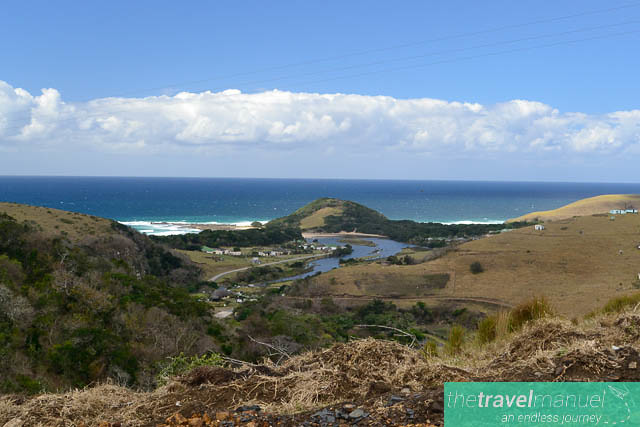 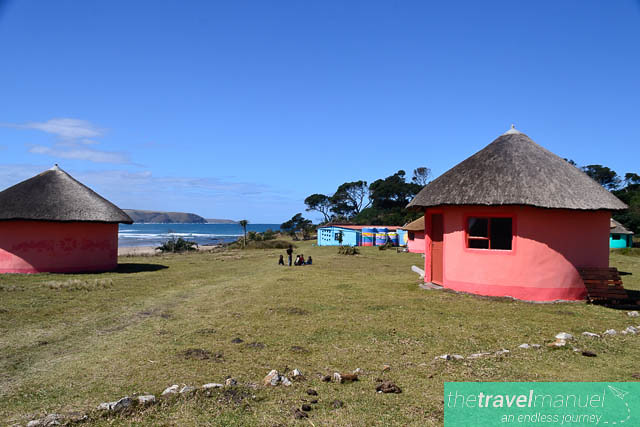 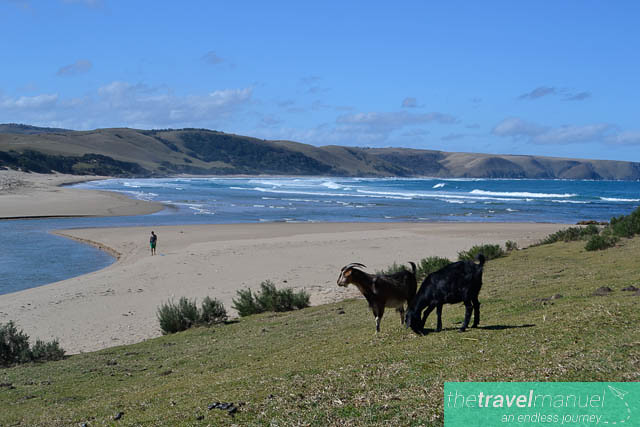 There was absolutely no one around. The soft white sand looked as if no one had ever set foot on it. A rooster klucked and paraded around on the grass in front of the huts. Aside from him, there was no sound but the ebb and flow of the untamed waves on this portion of Wild Coast shore. 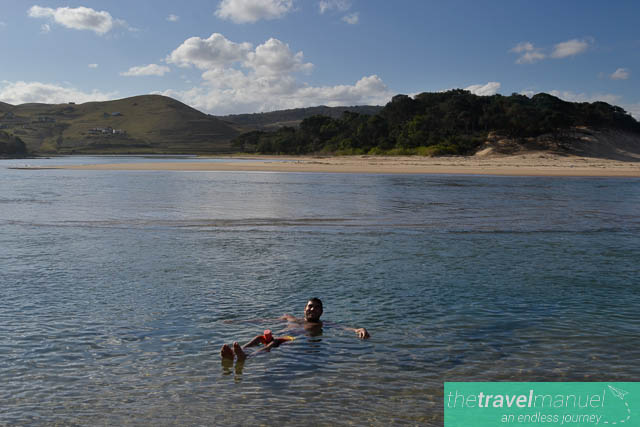 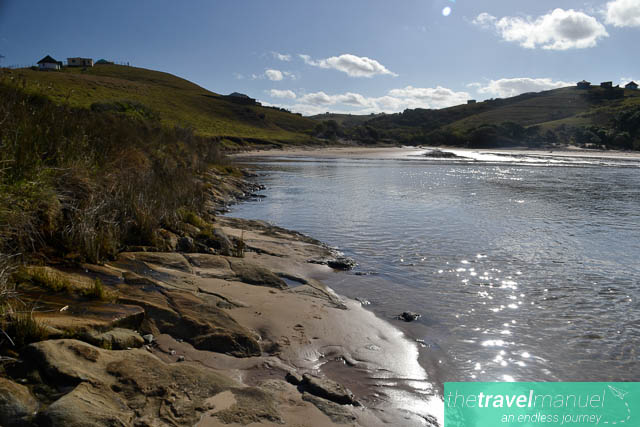 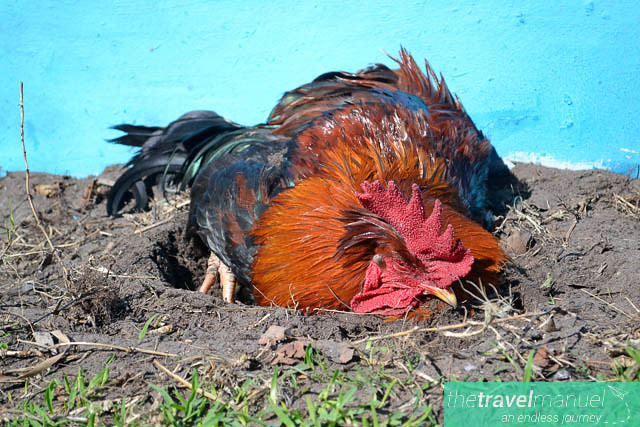 Our mud hut with its thatched roof held nothing but a double bed and reed mats on the floor. It was cool in the day but surprisingly warm at night. We met the ladies from the village who cooked delicious meals for guests in the kitchen. The backpackers was founded by Dave but 40 % ownership belongs to men and women from the village who form an integral part of the daily operations. 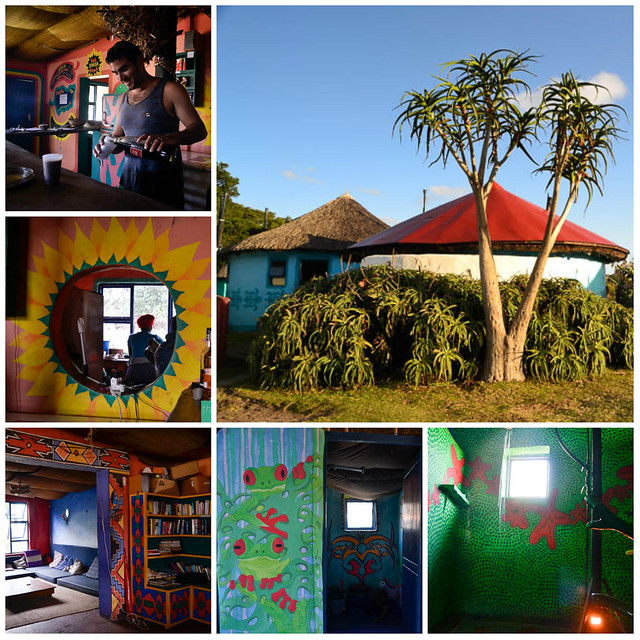 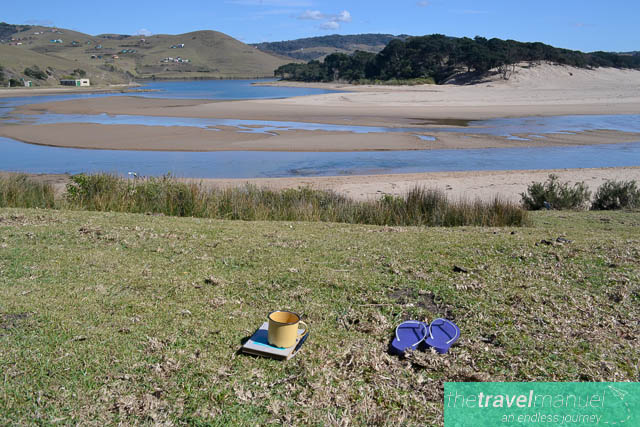 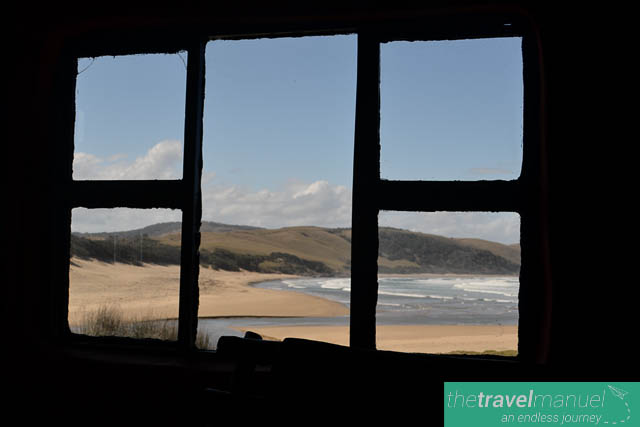 That afternoon we lay in the sun on the grass enjoying the quiet and the occasional passing animal. When Vaughan went for a run, a few children from the village, ran out to me as I read my book. Smiling, they curiously eyed our box of travel scramble, my camera and a book.

I showed them the scrabble pieces and how to form simple words. But no older than about nine years old, they enjoyed simply placing all the letters in random patterns on the board. Three teenage girls sat rather shyly close to me too. They were interested in the camera and I showed them how to take photos. Then the fashion show began. They posed beside the bush with my sunglasses on and took many shots of each other. 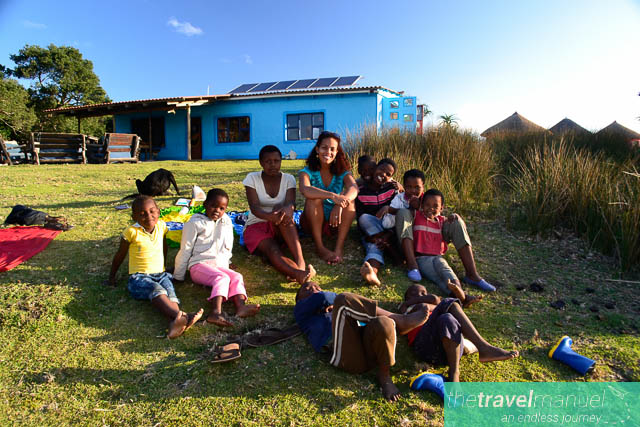 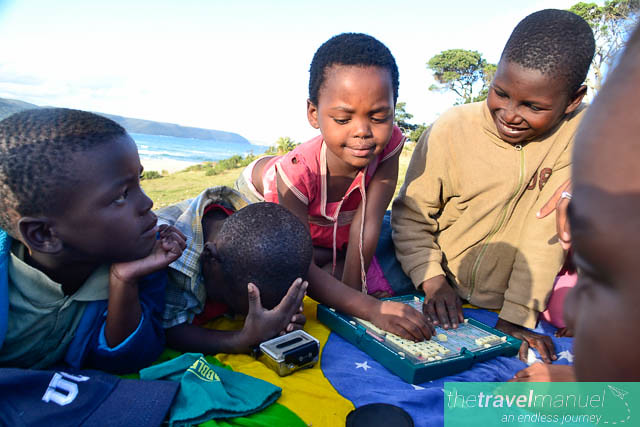 The younger children bored with the scramble ran inside to grab the djembe drums and started drumming, sometimes in unison and often in their own rhythms . Perched on a giant log beside a tree in the last sun rays of the day, their strong drum beats resounded on our hill by the sea. 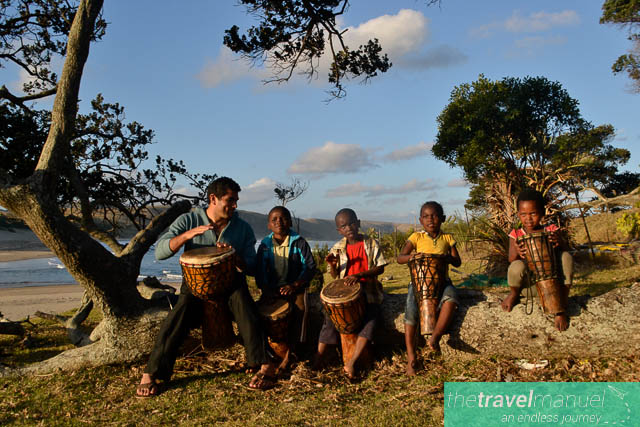 By night we sat around the fire with men from the village with nothing but language to keep us from communicating. With no other light except a chink from the lounge, the black sky exhibited an infinite orchestra of stars. We used compost toilets and showered in rocket showers fueled only by paraffin and toilet paper which stayed warm for about five minutes. I watched how the ladies finished their mosaic design on the walls of the final shower. Elated, they were so happy to be finished after their months of hard work. 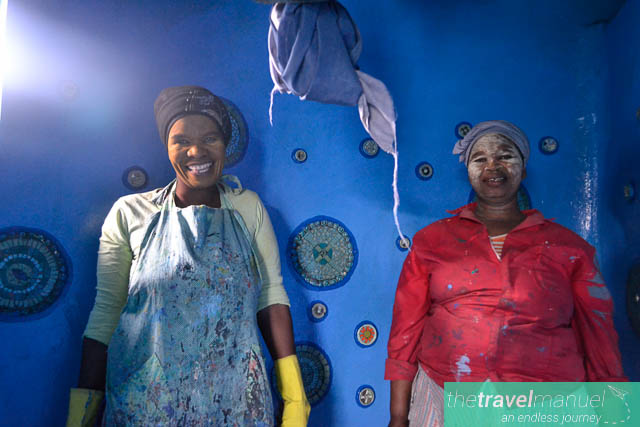 By day we canoed with the wonderful, energetic Lindile along the Xhora River watching young boys throwing fishing nets and goats climbing down steep mountainside to find shade beside the river. By night we ate curry and fish frikkadels and shared the same living area with members of the community. Dave’s mother-in-Law filled the lodge and kitchen with laughter, infectious energy whilst the occasional guest or staff member hovered near the kitchen window- the only spot with any cellphone signal. 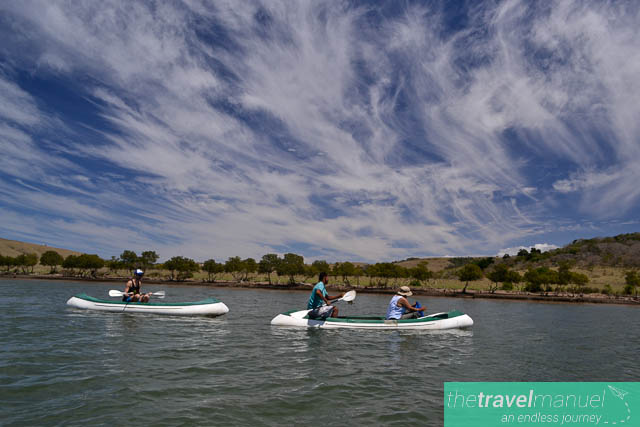 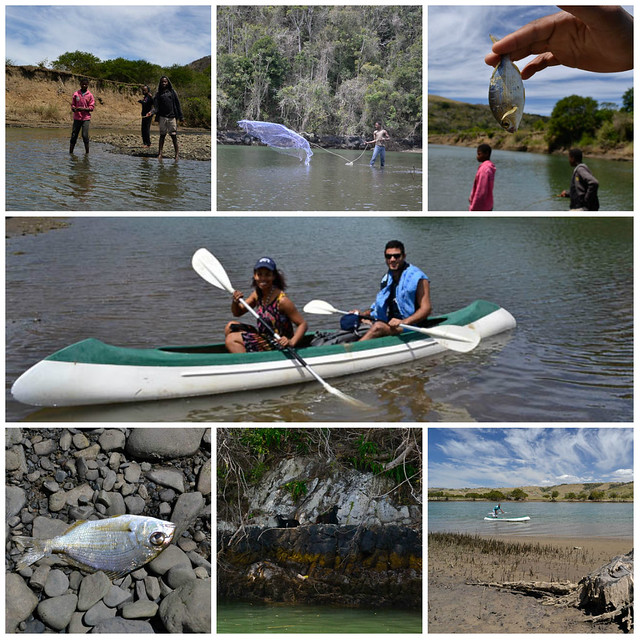 One morning we got up to catch the sunrise on the beach. Two young women from the village ran a business of making pancakes as backpackers watch the sunrise. We made our way around the corner from our huts. My shoes sank into the soft, cool sand and the sun was already making its entrance over the horizon and casting liquid gold over the ocean and beach. We sat on a sand dune and sat in silence with two fellow backpackers, Mbali and Chase, and watch it begin its reign over the day. We ate the pancakes whilst the ladies carried pots and tin buckets on their heads back down the beach. 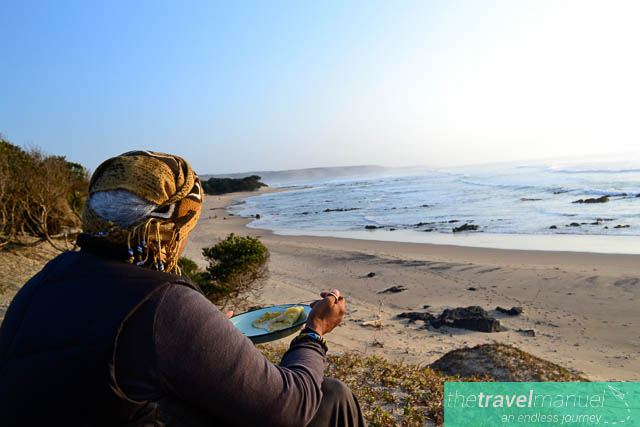 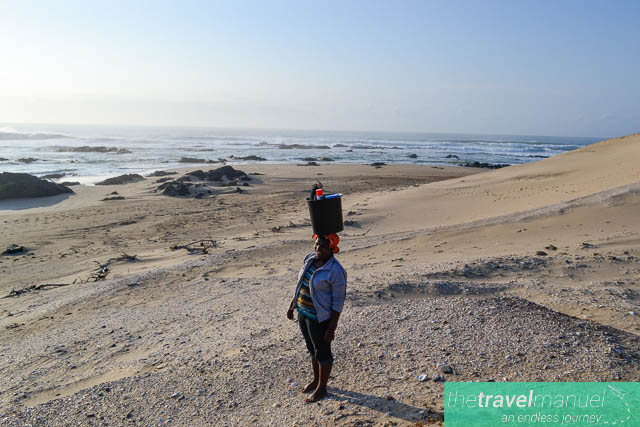 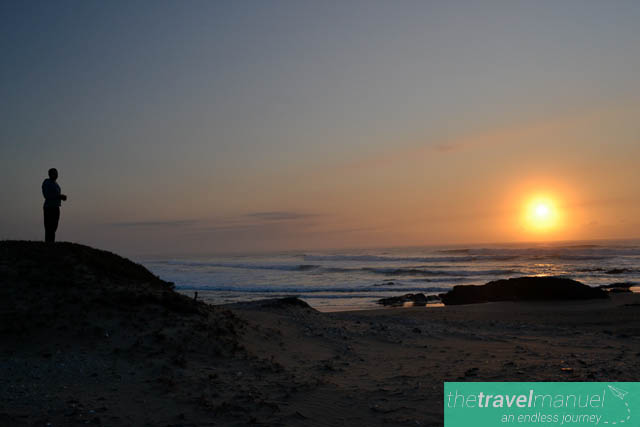 When I think back to Bulungula now, I still can’t believe that this rural piece of heaven still exists in South Africa. Far from electricity, cellphone signal and roads, Xhosa communities still get to enjoy this simplicity of life on the hills with nothing but subsistence farming and breathtaking views below. Whilst the rest of us continue in our fast frenzied pace, they seem…thankfully to have been left behind.

I will never forget our last evening spent sitting on a nearby hill. Smoke rising from a household across the river and the red sun setting the tired sky ablaze. A young boy herded sheep down the hill. I had one hundred more reasons why I love living in Africa. 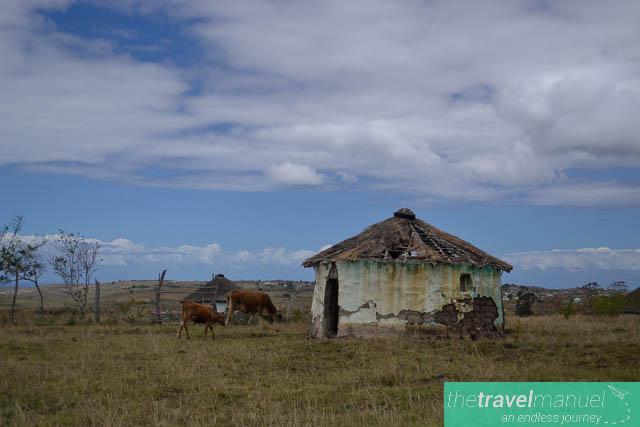 Thank you to Around About Cars for taking us on our #SAroadtrip!