There are many reasons why people are lured towards veering from the beaten track. It’s got alot to do with the unknown, the mysterious thrill and a certain level of danger and risk involved.  Choosing a old , two door landrover with an open back ensures that even if you nearly take out a tree whilst on that track, you’re bound to have mad amounts of fun and still come out the other side alive.

It wasn’t long after I’d hopped on the back of the landrover, that I knew this was going to be a crazy ride.  For one, I had to balance my camera, hold on tightly for my life and lift my bum up off the seat with each bump in the gravel road if I wanted to leave without bruising.  Four of us had come up to Jacobsbaai for the weekend and were staying in a reserve called Gonnesmanskraal.  Once we had passed the gate, a little bay with colourful, fishing boats moored with rope and an abalone factory, we were gunning down the quiet road.  I was thankful for my thick jacket, woolley headband and scarf because eventhough this beast was no speed queen, the chilly, Atlantic wind hit my face at full force and cut through the layers of winter clothing.

The light blue sky was strewn with white, picturesque cloud formations and I couldn’t take my eyes of it as we drove past the last of the holiday houses and left the tarred roads behind.  The soundtrack from Grease was pumping through the window faintly and the wind made me eyes tear.  I felt like a happy dog hanging out the window of a car with its ears flopping, tougue wagging and shiny eyes. I was gleefully taking it all in and felt totally carefree.  Other than the couple of times, I was nearly flung from the vehicle upon hitting rocks, driving through holes or eating leaves from trees on eitherside of the narrow lane. Standing up behind the spare wheel and holding onto the bakkie’s roof, I was utterly freezing and oh so exilirated.

If only my little car could do this.  This was another beast all together. Best of all, there was noone else around.  As far as my eyes could see, there was just West Coast fynbos and bush, our gravel path and some scattered fencing.  That soon disppeared too and instead we found a deserted beach.  We jumped out and ran across the dark, damp sand.  It seemed like the tide had gone out, as little shells were embedded all over this beach.  The boys chased each other back to the landie and us girls walked up the boulders and onto the sand dunes to look out over the bay with a fierce swell coming in at it’s entrance on the far right.  These seagulls were the real deal. Not the tame ones by the sea in Cape Town, but majestic, bigger birds who didn’t allow you too near and glided over the water serenely.

I wondered what it would be like to be the discoverer of a new place.  I wasn’t going to find out today, as  evidence of human life was found in the form of a child’s flip flop almost concealed in the sand.  Next it was my turn to drive.  This 4×4 did what I always imagined every car could or should do.  I took to sandy hills like an experienced mountain climber and navigated rocky potholes with ease ( well, perhaps not for the people on the back). It was like driving a truck.  Each gear was so far apart and I felt like I had to dig my foot into the breaks, before the car actually slowed down. 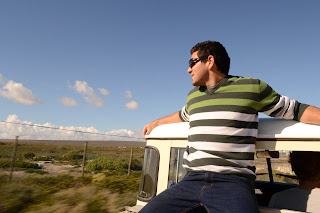 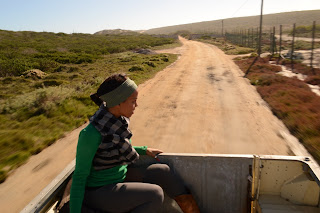 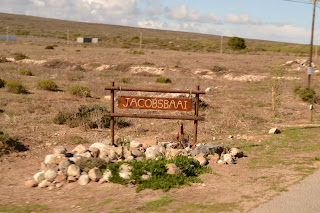 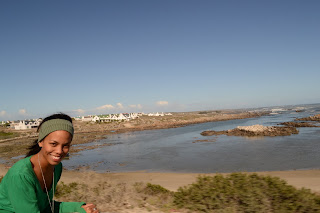 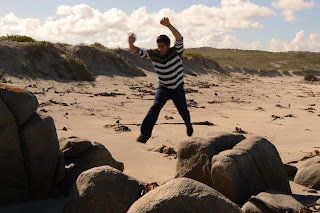 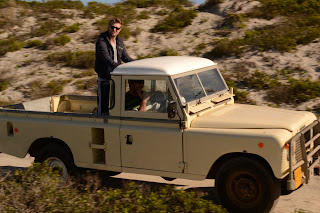 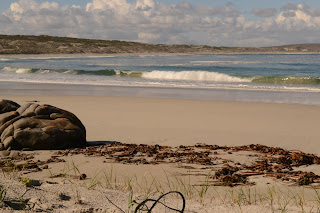 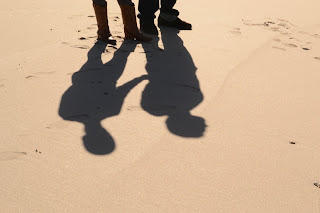 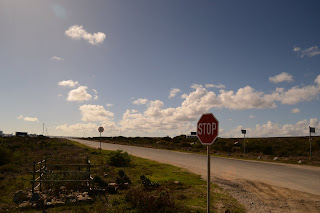 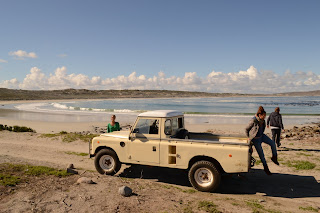 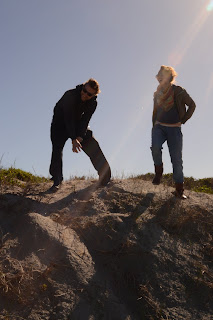 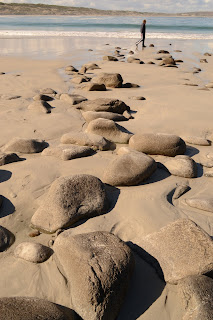 And this is precisely why I gave over the wheel at the right time.  Because once I became a passenger, the path got rough and seriously hardcore.  We had to reverse our way out of dead ends, squeeze through the narrowest of lanes with big trees and bushes on either side and 4-wheel drive up some knarly hills.  By the time we returned to actual road, there were remainders of trees inside the truck.  But we were all reassured by the last driver that any scratches could be “buffed out”.  One thing I know for sure, is that I can’t wait to off-road again and my future jeep or landrover will have to keep up.