I’ve split my “Scuba Dive on Tioman” experience up into two parts as it became immediately apparent that I just can’t stop talking about diving!  And, also, there is actually a pretty cool backstory here – for the people who are bored enough to read about my life, that is!  You can jump straight to the meat of the course in Part Two if you wish.

I’ve always been fairly comfortable in the water.  Whether, it’s swimming, surfing, mucking about at the pool or anything really.  Ten years as a lifeguard in Cape Town gives you a certain serenity about it. The water has always been a place of peace and play for me.  I’m fortunate to have had water loving parents too, we didn’t have a pool when I was growing up but that didn’t stop them from jumping over our neighbours wall with “baby me” in tow, to use theirs!  And thus the first seeds of adventure (and rebellion) were planted in yours truly. 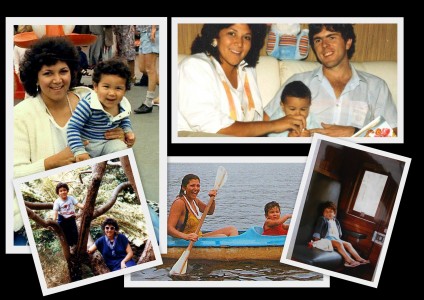 However, I never, not even once, felt the need to learn to scuba dive.  I don’t know whether it was growing up in the cold waters of Cape Town, the price, that I was busy doing many other water sports or a combination of them all – but it just never came up on my radar.  In fact it wasn’t until I got married and moved to Thailand that I considered it at all.

But I didn’t do it there either.

Then, after a few months of living in Malaysia, we visited the world famous Tioman Island, and in particular – Salang Bay.  It was a working weekend for Lauren but there was plenty of time to play and explore the tropical wonderland.  After lunch on one the days the group decided we should jump in a boat and head out for a snorkelling trip to a nearby island (an island, off of an island.) Tioman is actually part of a large archipelago off the eastern coast of Peninsular Malaysia (it’s exquisite out here!) 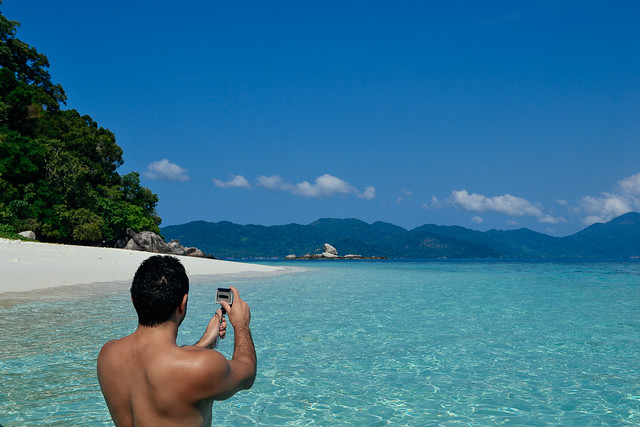 That’s Tioman in the distance. I’m on Coral Island.

It turned out to be the trip that would change the way I saw and felt about the underwater world forever.  In fact I wrote about it here (more of a photoblog really.) Anyway.  We snorkelled in crystal clear water for hours on end (no exaggeration – the water out here is crystal clear, and warm –  like a bath.)  The coral reefs were all sorts of incredible colours ranging from luminous greens to deep reds and orangy-browns.  Other underwater organisms like the anemones were positively fluorescent.  My old GoPro didn’t stand a chance. 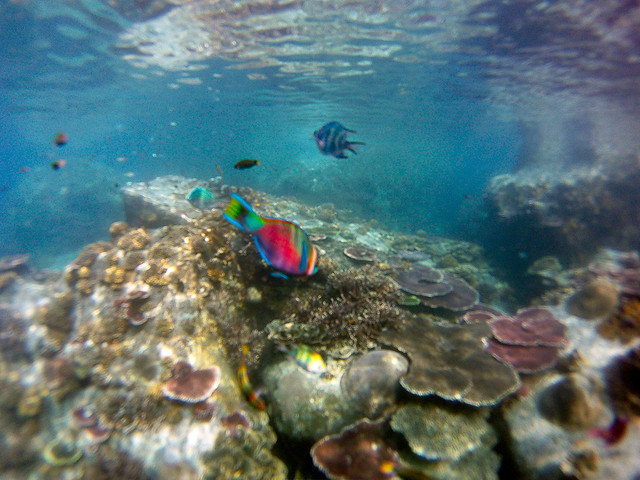 That rainbow is actually a parrot fish.

And the fish! – Hundreds and thousands of the most flamboyantly coloured fish I had ever seen were going about their business, blissfully unaware of their exceptional beauty.  It was like swimming in a tropical fish tank, only better.  Many, thousand times better.  I could hardly contain myself.  I remember thinking that I wanted to share this moment with everybody (not just on Facebook or Instagram, but in real life. I wanted everybody to have this experience.)  And then, the first turtle I ever saw swam by right underneath me. It was majestic.

It took me ages to float back down to earth after that day and I raved about it to anyone who would listen, for weeks on end.  In fact I still rave about it and it was a year ago (almost to the day.)  Lauren and I decided that this was the perfect place for us to get our PADI Open Water Diver certificate.  Enough was enough.

But travel, life, monsoon season and sinus problems (mine) got in the way and before we knew it, almost an entire year had flown by.  There is so much to see and do in this part of the world that even lots of holidays, you would need about two and half years to see it all.

After monsoon passed, at the beginning of the year, we started visiting the islands again and our passion was quickly re-ignited.  We searched Google for a place to learn scuba diving on Tioman and got in touch with Grahame Massicks, the Scuba Guru instructor on Tioman Island. Grahame is based in Salang Bay, which we originally fell in love with, and we arranged to do our courses with him. 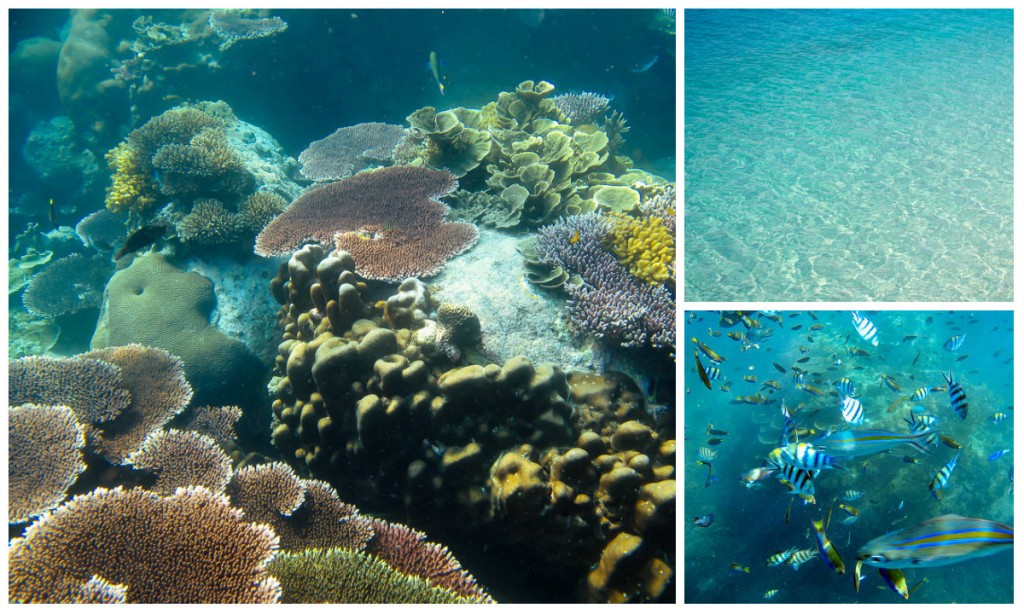 I haven’t yet been able to realistically capture the true colours of the coral.

However, during our year of travels, life and everything else Lauren fell pregnant! Which is wonderful and we are over the moon, but also meant that she couldn’t dive – it’s just one of those things that nobody knows about and isn’t something we are prepared to risk.

We decided that I should still go ahead and do mine, because we’ll probably will never again live in a place where getting a PADI scuba course is a) so cheap and b) so insanely beautiful. We’re still hoping that Lauren can do hers after our baby arrives in November and before we head home to Cape Town.

End of Part One.

In the next section I get into the meat of the course and what it’s actually like taking your PADI Open Water Diver Course in Salang.