Referring to Hanoi tourism, the tourists think about the land with thousand years of civilization. If you have ever been to Hanoi, you will surely have an unforgettable impression of 36 streets and the elegance of people in Hanoi.

Just one little reminder before your trip: Carefully check out requirements of Vietnam visa if your nationality is not in visa exemption list

Hanoi is the capital of Vietnam. Hanoi tourism is the first choice of foreign visitors to Vietnam. Hanoi is 1760 km from Ho Chi Minh City. It lies on the banks of the Red River, in the Northern Delta, adjacent to Thai Nguyen and Vinh Phuc in the north; Ha Nam and Hoa Binh in the south; Bac Giang, Bac Ninh and Hung Yen provinces in the east; Hoa Binh and Phu Tho provinces in the west.

With a long history of development, Hanoi owns a lot of natural tourism resources and a rich culture such as Thang Long Imperial Citadel, the Temple of Literature, the Old Quarter, traditional villages and unique landscapes ??such as West Lake, Hoan Kiem Lake. Therefore, Hanoi always attracts a lot of international tourists.

Hoan Kiem Lake is an outstanding tourist attraction in Hanoi. It is like a “bouquet of flowers” in the middle of the city, surrounded by the streets of Dinh Tien Hoang, Le Thai To and Hang Khay. The water surface of the lake looks like a large mirror reflecting the old trees, the luxuriant willows, the temple roofs, the old pagoda, the old tower moss, and new buildings rising to the blue sky. 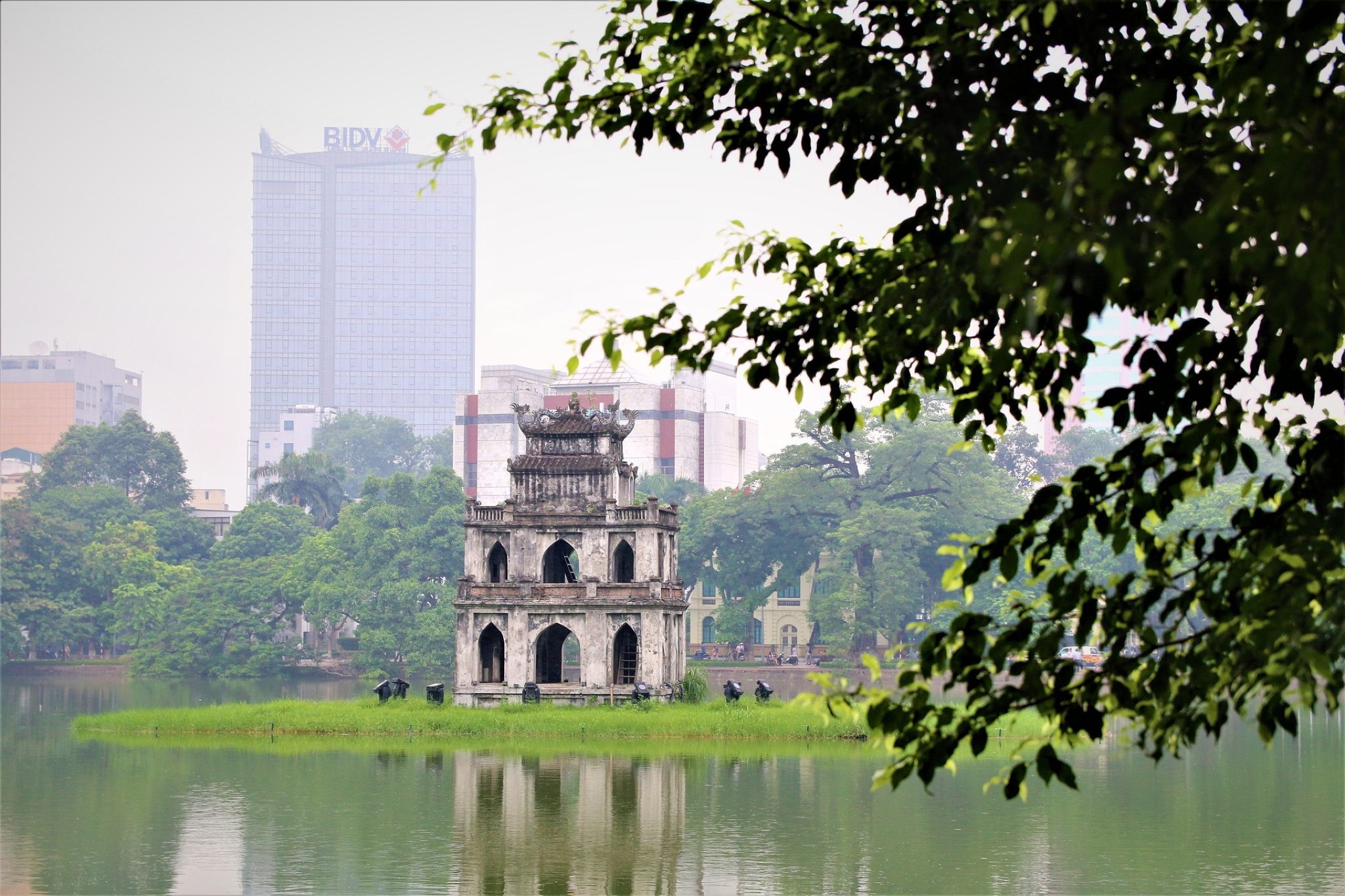 One Pillar Pagoda is one of the most famous tourist spots in Hanoi that tourists should not miss when coming to the capital. One Pillar Pagoda with a square shape, curved roof, is mounted on cylindrical pillars. The column has a diameter of 1.20 meter and a height of 4 meters. It supports a system of wooden slats that form a solid frame for the upper tower. It looks like a lotus stands directly above the square pond with a brick enclosure around. 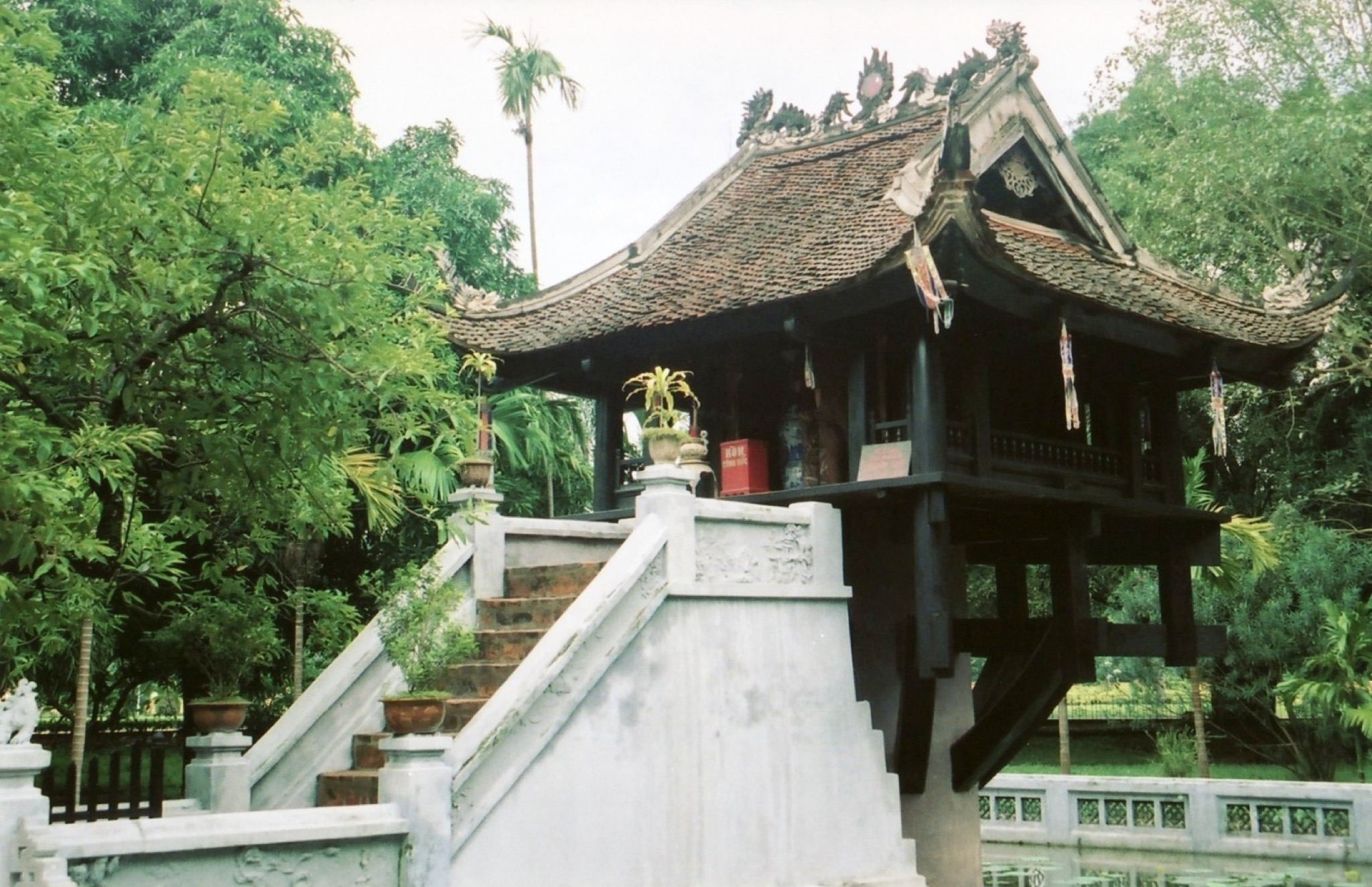 Hanoi Flagpole is one of the architectural works in the area of ??Hanoi ancient citadel. This famous tourist spots of Hanoi is located in the Military Museum, Dien Bien Phu Street, Dien Bien Ward, Ba Dinh District. It was built in 1812 under the reign of King Gia Long, a flagpole with three levels of pedestals, columns and a vortex staircase inside. 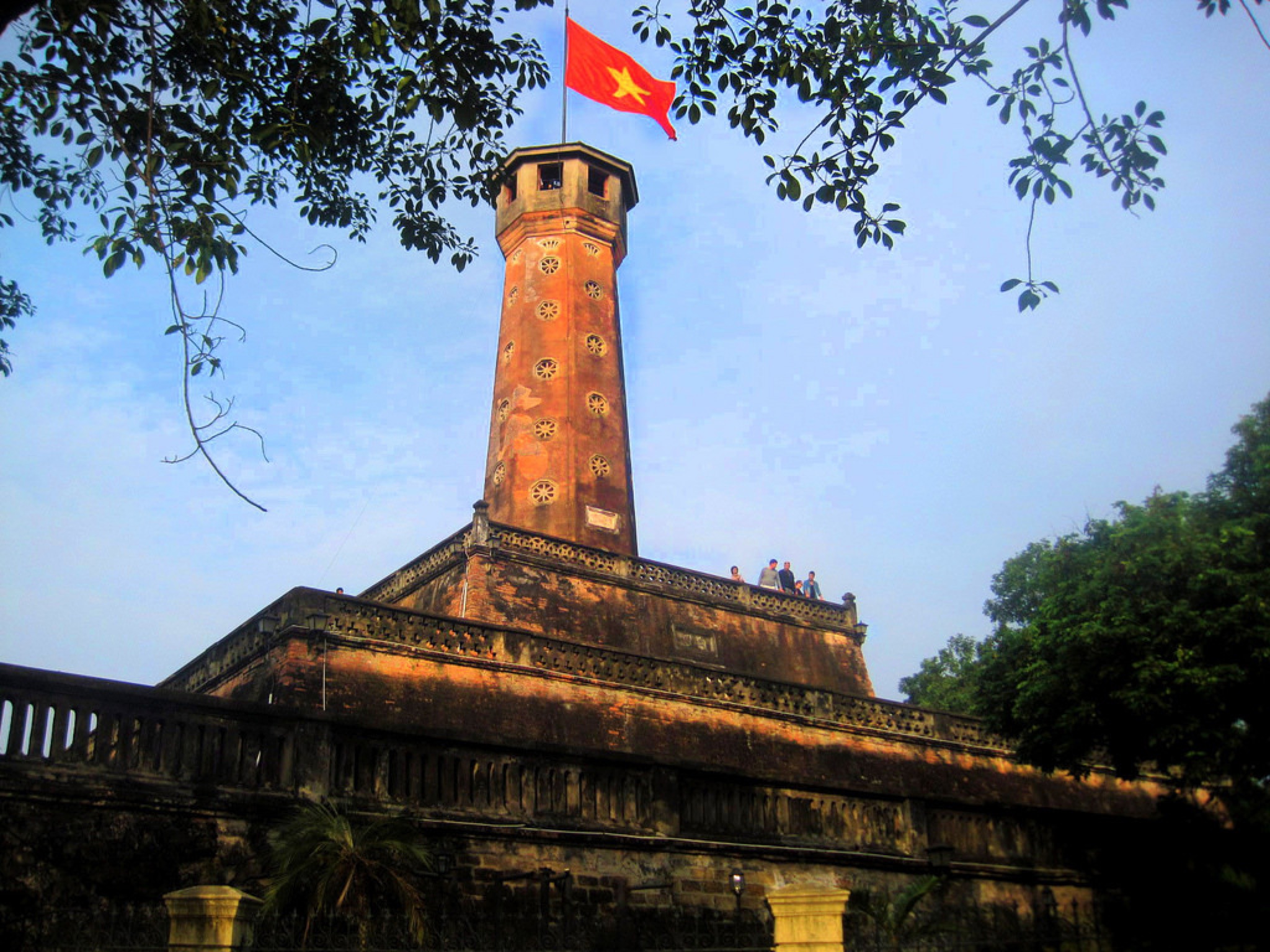 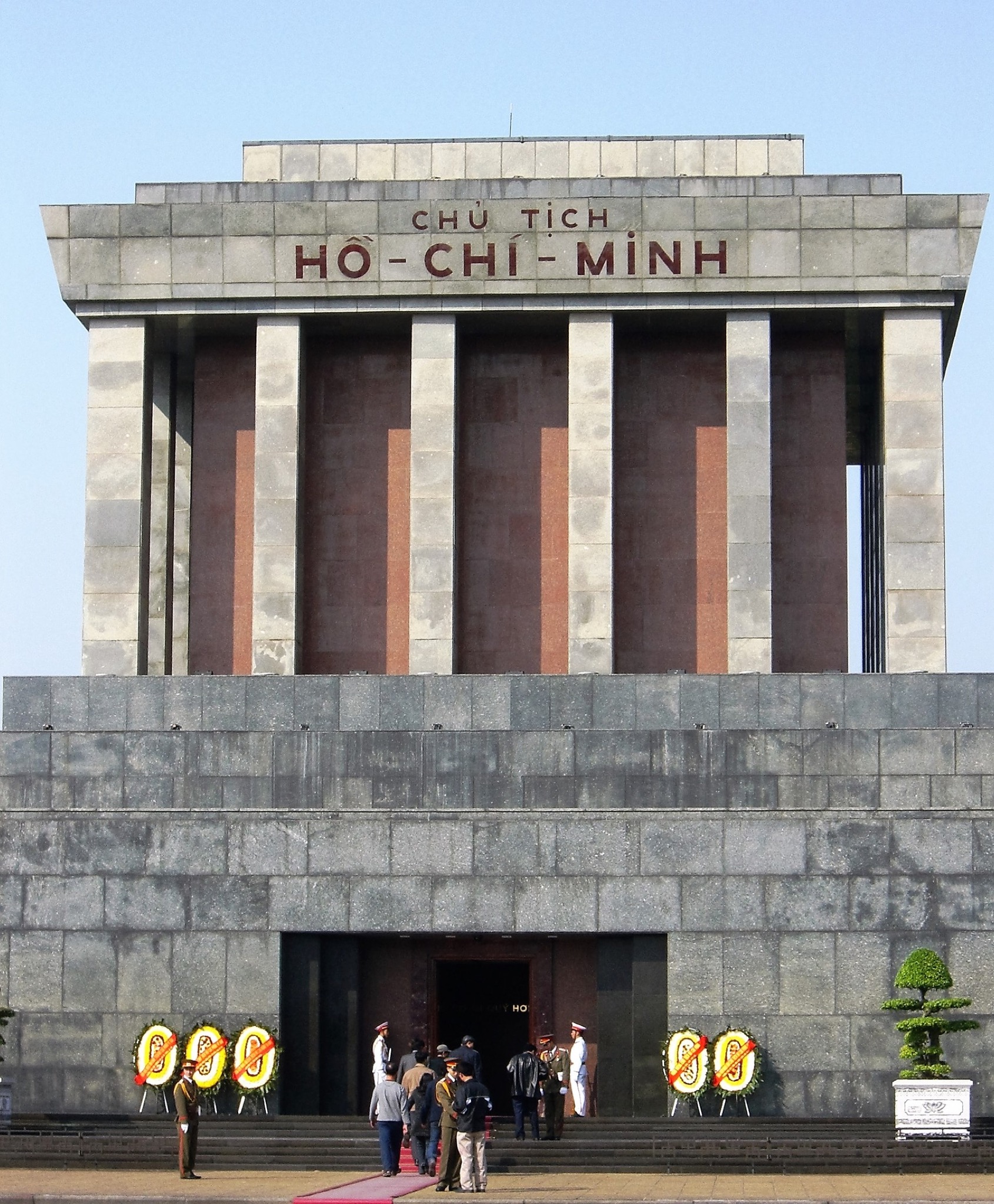 Hanoi Old Quarter is very attractive with ancient streets that are considered as the ancient Venice. Until now, it is still the unique old town in Vietnam. Hanoi’s Old Quarter is commonly referred to as the Hanoi’s 36 streets located in the center of the capital, in the district of Hoan Kiem, with an area of ??100 ha, limited to the north is Hang Dau, to the south are the streets of Hang Bong – Hang Gai – Cau Go and Hang Thung; to the east are Tran Nhat Duat – Tran Quang Khai, to the west is Phung Hung street. 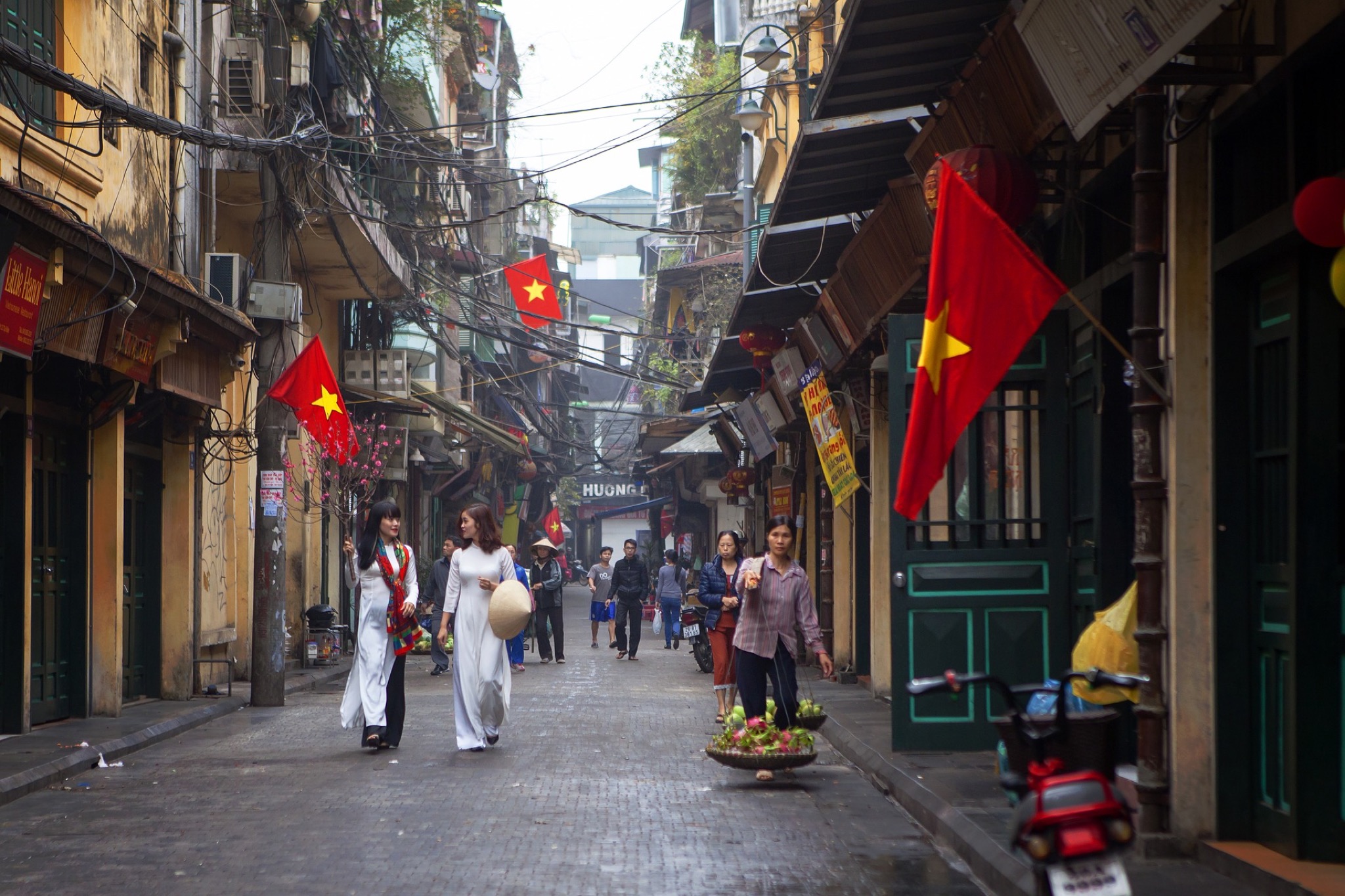 The big “mirror” of Hanoi, has an area of ??over 500 hectares with a history of several thousand years. The road around the lake is 17 km long. The historical geography has proven that the lake is an old branch of the Red River that remained after the river changed the flow. 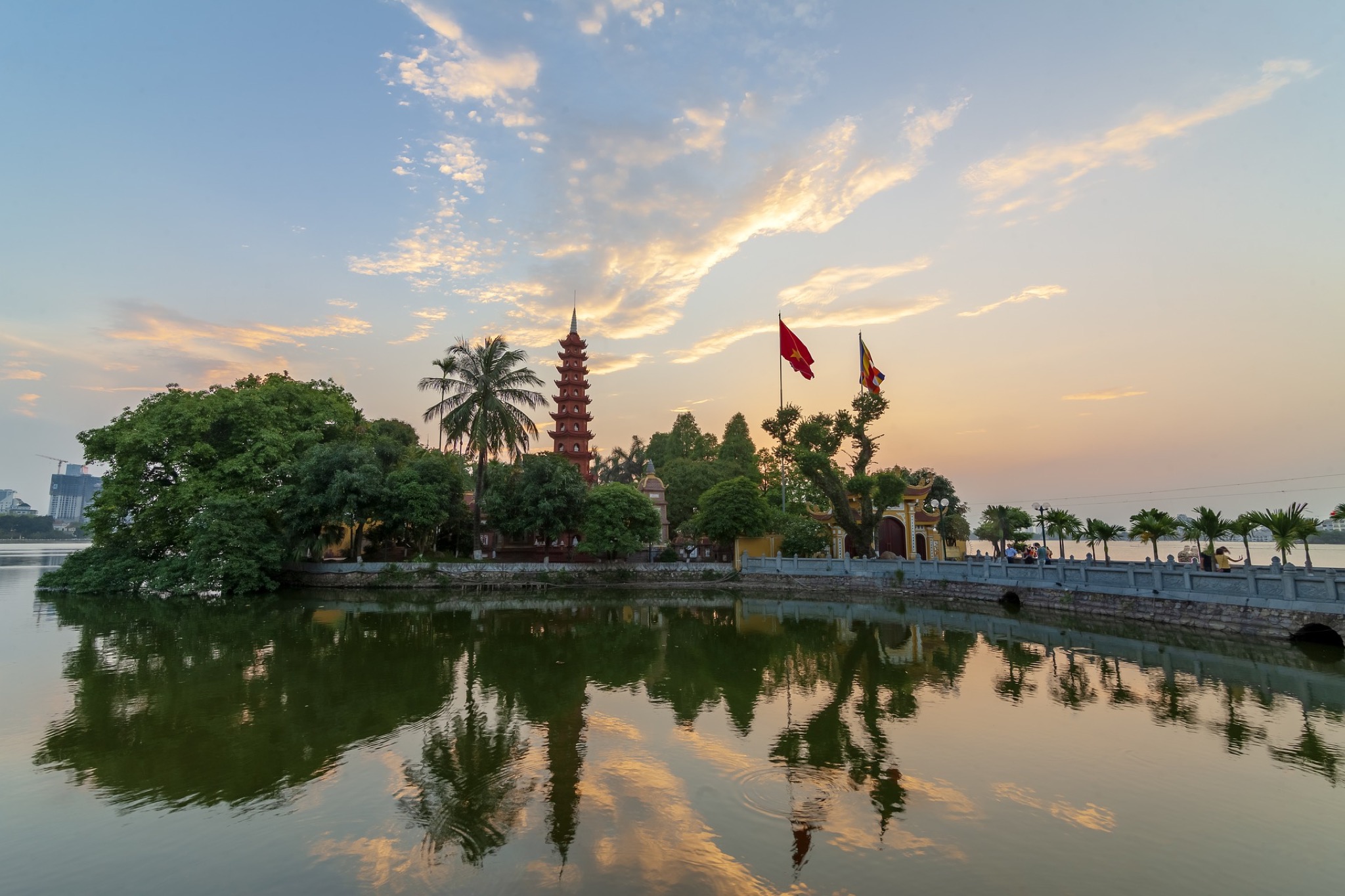 The climate of Hanoi

Hanoi has a typical climate of the North, The period from May to September is really hot and rainy. From November to March of the next year, it is winter, so the weather is dry, sometimes really cold. The best time to travel to Hanoi is in the fall, from the beginning of September to the end of November. At this time, the weather is cool and pleasant, so it is suitable for all activities 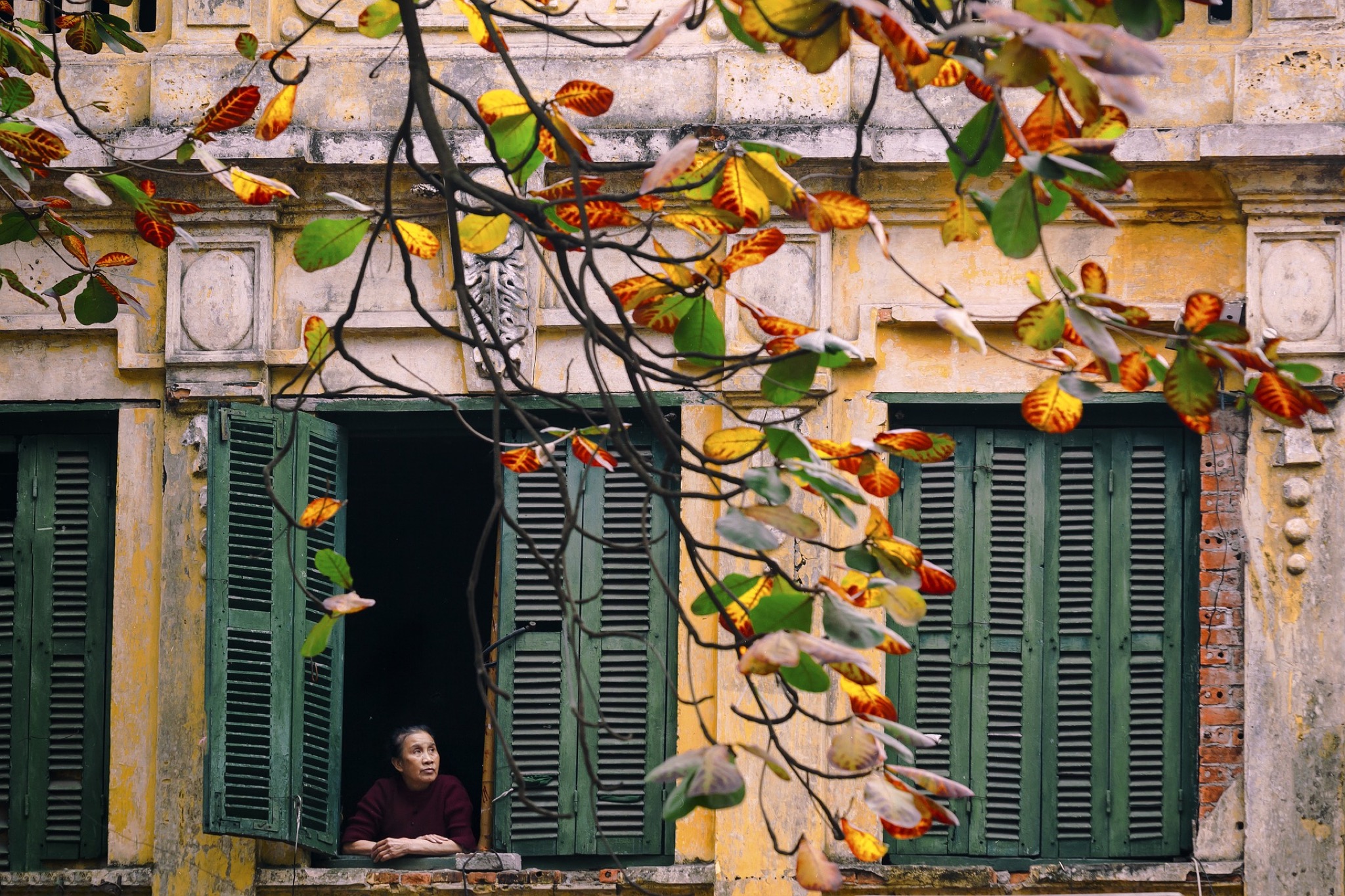 From Ho Chi Minh City, you can travel to Hanoi by train, car or plane. If you choose the train, you can go to Saigon Station at 01 Nguyen Thong, Ward 9, District 3, Ho Chi Minh City, Tel: 08. 39 318 952. You can buy tickets directly at the station or by phone. There are many types of tickets for you to choose (hard chair, soft chair, berth with air conditioner). The price starts from 800.000 VND/ticket or more (35$). The train stops at Hanoi Railway Station on Le Duan Street. 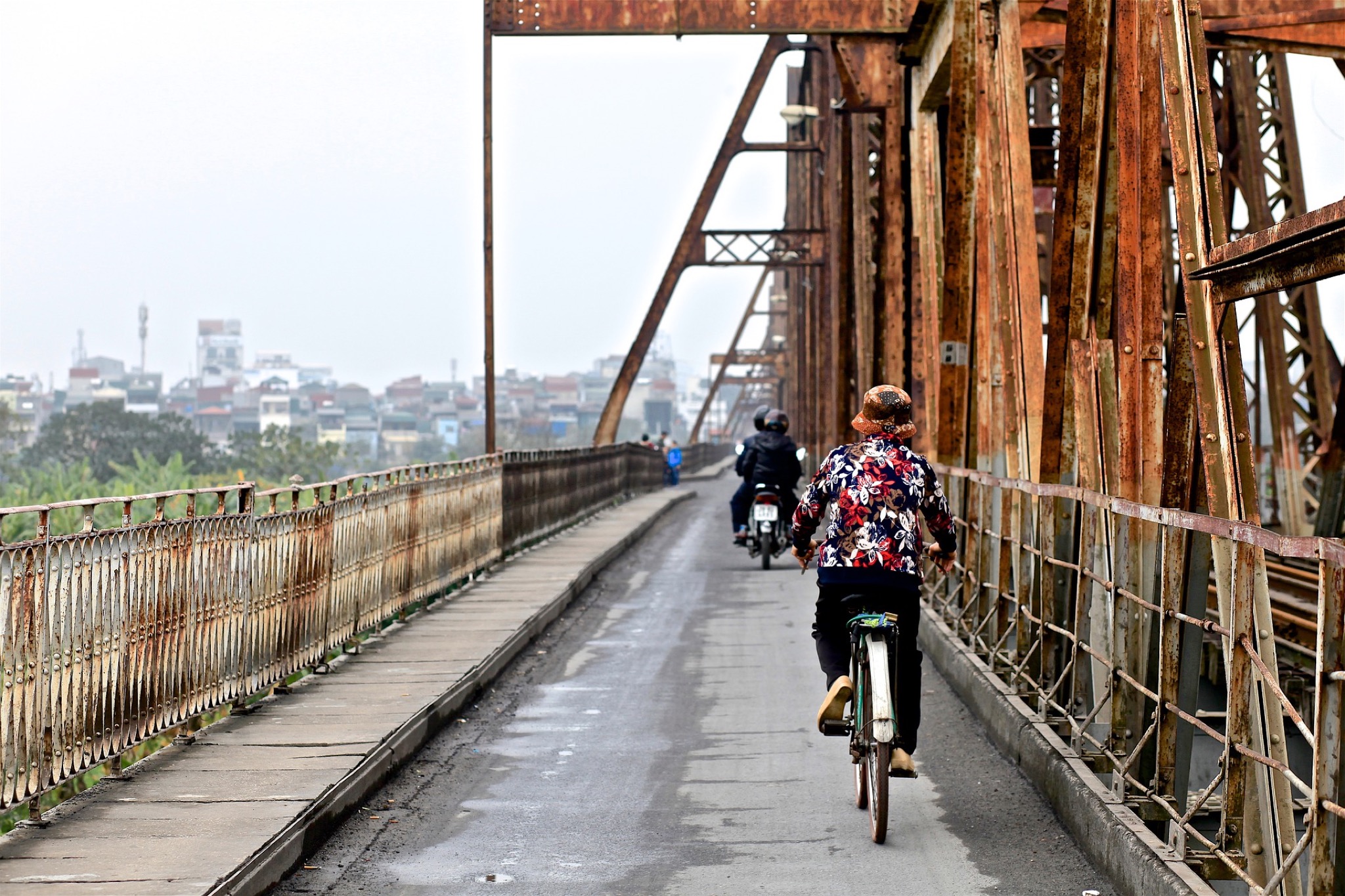 If you travel from Hanoi to Saigon by passenger car, you can choose popular car companies such as Hoang Long (Tel: 0988 259 568) and Mai Linh (08 39292929). The passenger car departs from Mien Dong Bus Station. The ticket price is from 550,000 VND (24$), including food and beverages. The moving time by car will be longer than that by the train because the vehicle has to stop at the meal. The time a trip is expected to be around 60 hours.

In addition, the aircraft is the fastest means to Hanoi and also the most expensive one. The airfare from Ho Chi Minh City to Hanoi varies from 1.5 million VND/ticket (64$) or more. Currently, there are many airlines offering promotions with attractive fares such as VietJetAir, Jetstar, and Vietnam Airline.

Hanoi is famous for its long tradition of culinary. Referring to the Hanoi cuisine, we cannot miss Pho. Pho Hanoi is different from other places. Pho is the combination of the sweet taste from cow bone, noodle soup, thin and soft noodle, and the good smell of beef. In addition, coming to Hanoi, the tourists also enjoy other famous dishes such as noodle soup, La Vong fried fish, bun thang, and Trang Tien ice cream. 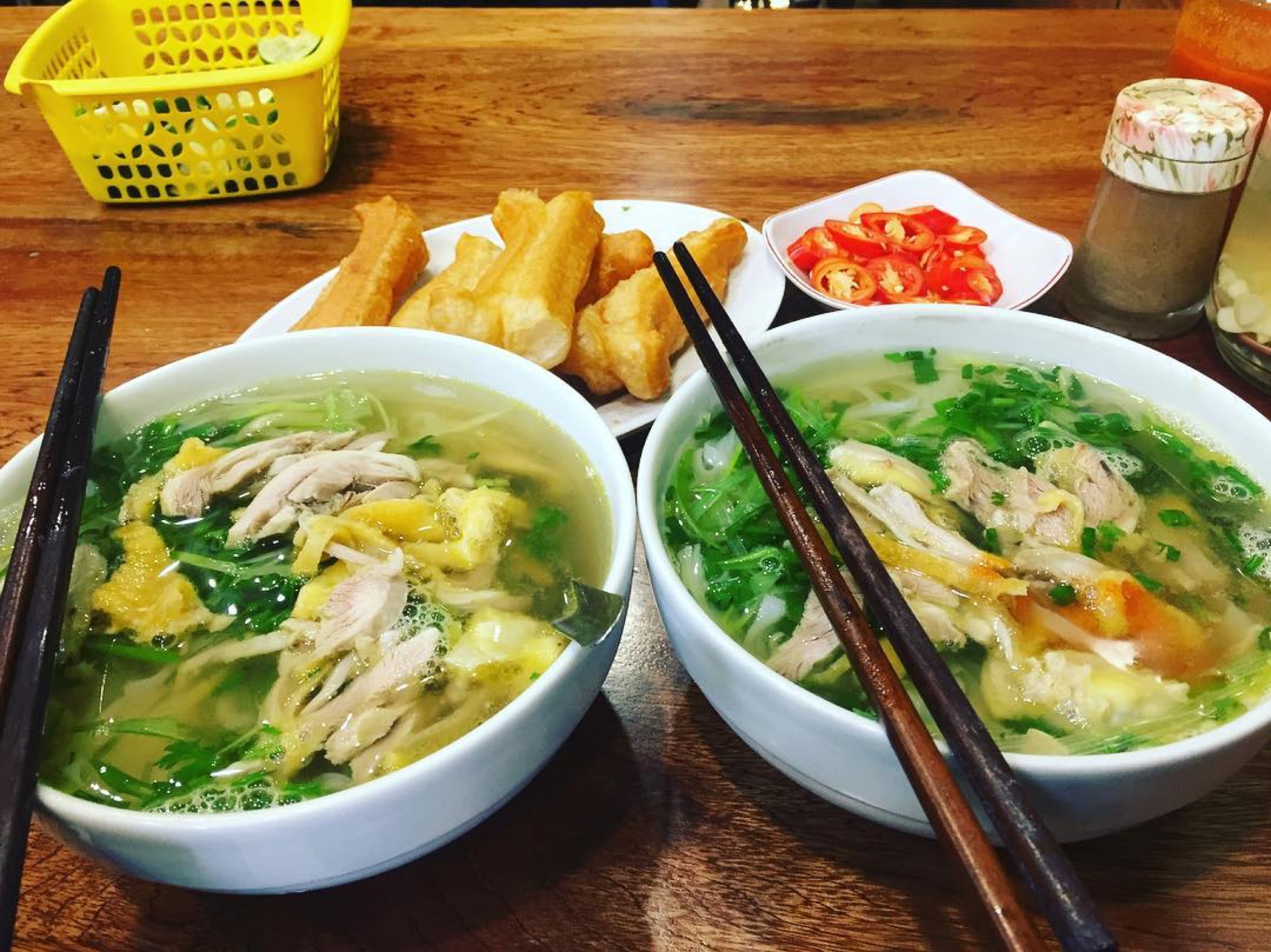 Hanoi is also one of the busy shopping centers of the country. The best area to shop in Hanoi is the Old Quarter. Those are narrow streets but are packed with shops and stores. The roads surrounding Hoan Kiem lake are the most important commercial routes and also the most bustling shopping area. Among the shopping streets, the most prominent ones are Hang Gai, Hang Be, Hang Bong, and Hang Giay streets. In addition, there are many large commercial centers for tourists who love shopping when traveling to Hanoi. 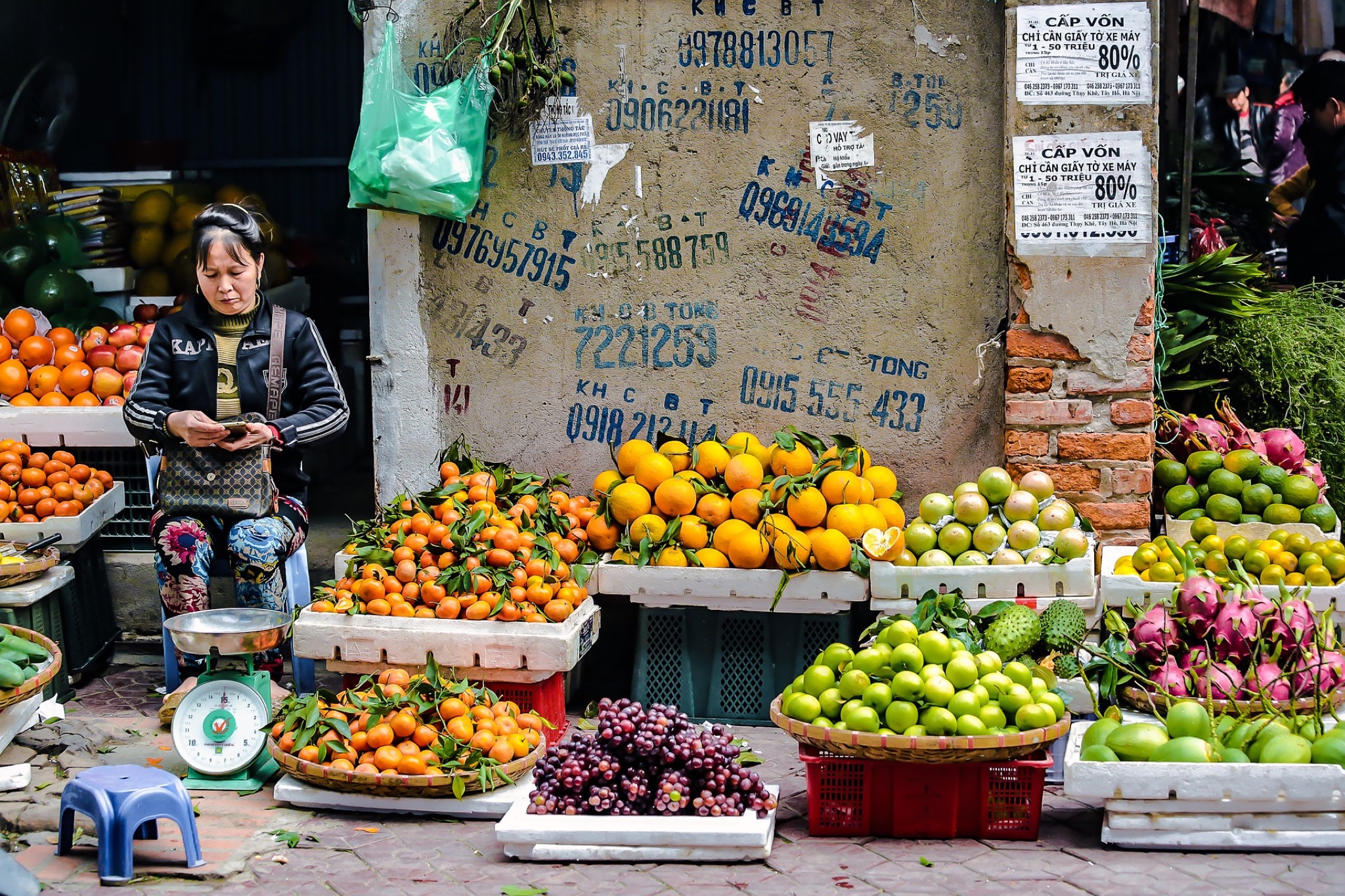 With the general information about Hanoi tourism above, we hope you will have some basic knowledge before starting an exciting tour in Hanoi. Have a nice trip!