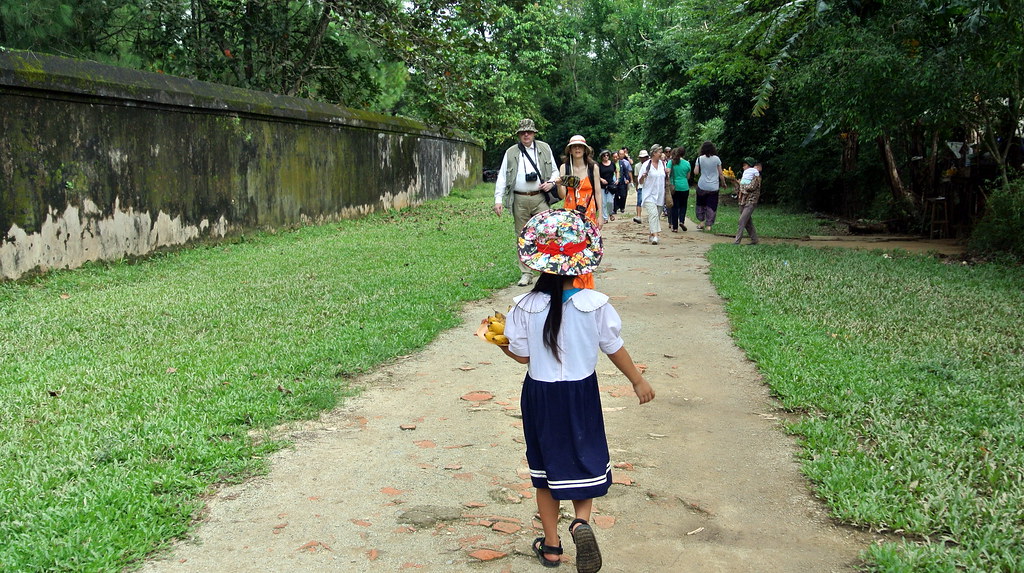 Summing up an entire experience into one, frequently asked for, ‘favourite’ used to seem like an impossible task. That was until I spent time travelling through Vietnam and returned to find that I knew with absolute certainty what the best part was.

Yes, the food was magnificent, the traffic is legendary and the temples are truly awe inspiring but truthfully, it was the people who nabbed my top spot.

In light of my discovery, I’ve decided to share three stories. I do this in the hope that they will a, convince you that the people are indeed deserving of this honour and b, worth a visit by you.

What’s Mine is Yours

We decided to skip the more popular Hoi An and adventure toward Hué, once the seat of Nguyen Dynasty emperors, home to the most magnificent Imperial City and subsequently to a tiny, sweet-faced receptionist at Amy’s Hostel.

I’d been lugging a backpack around in the heat all day. I was sticky, I was sweaty and the last thing I expected to receive on arrival was a hug. “You made it!” the receptionist exclaimed as she embraced my three friends and I, “I am very happy to have you.” 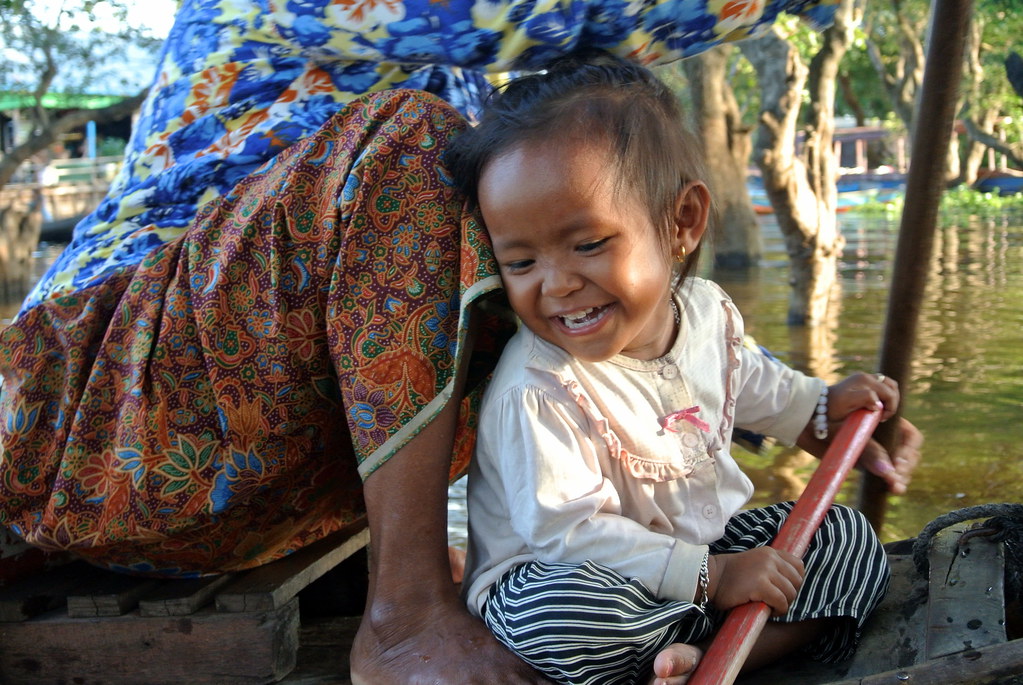 The greeting was so warm and so familiar that when I found myself, arm outstretched with a little Vietnamese lady at the end of it, using her own saliva to work off a pen mark she’d made, I didn’t bat an eyelid.

As she continued to rid my skin of ink with her spit and tell us about Hue’s best tofu spots, I realised that she wasn’t overthinking this either – her home was our home and we were now family.

Watermelon, mango, pineapple with chilli and more watermelon – round and round it came, a conveyor belt of glorious fresh fruit.

We were at Lily’s Travel and organising a trip from Hanoi to Ha Long Bay. Being idiots, we thought we’d book a cruise to one of the most visited areas in Vietnam the night before we wanted to depart. 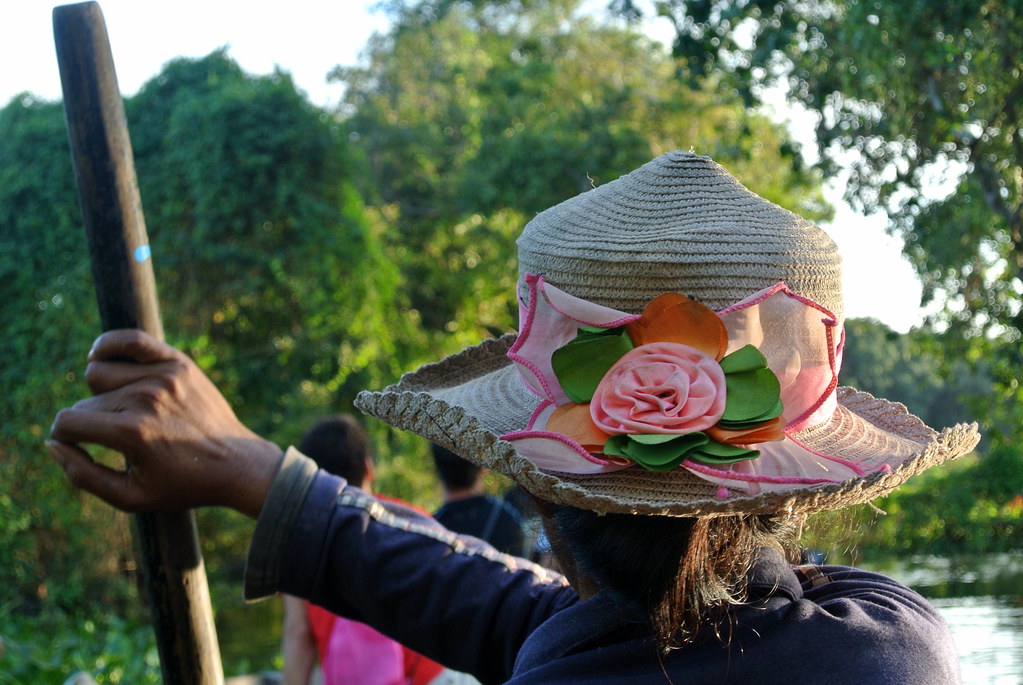 It was 7pm and Lily had five, maybe six sailing companies on the line, back-up plans on pamphlets in front of us and customers waiting, yet there she was, a human Fruit & Veg City, handing out food.

This was more than just customer service.

This was us leaving Lily’s with not only a trip to the most magnificent bay of limestone islands and the fullest bellies but also us sending Lily a message the next afternoon when a monsoon foiled our plans. This was Lily setting us up with last minute beds and some more watermelon for good measure. This was Vietnamese people.

Our last evening in Hanoi sealed the deal in making their people my favourite part.

We were standing outside a restaurant, doing those weird ‘who goes first’ goodbyes at the end of the night when a Vietnamese girl, who had joined us for the evening, went and changed the game.

You’ll have guessed by now that hugs do it for me but this one was truly the most tender and genuine one of its kind. 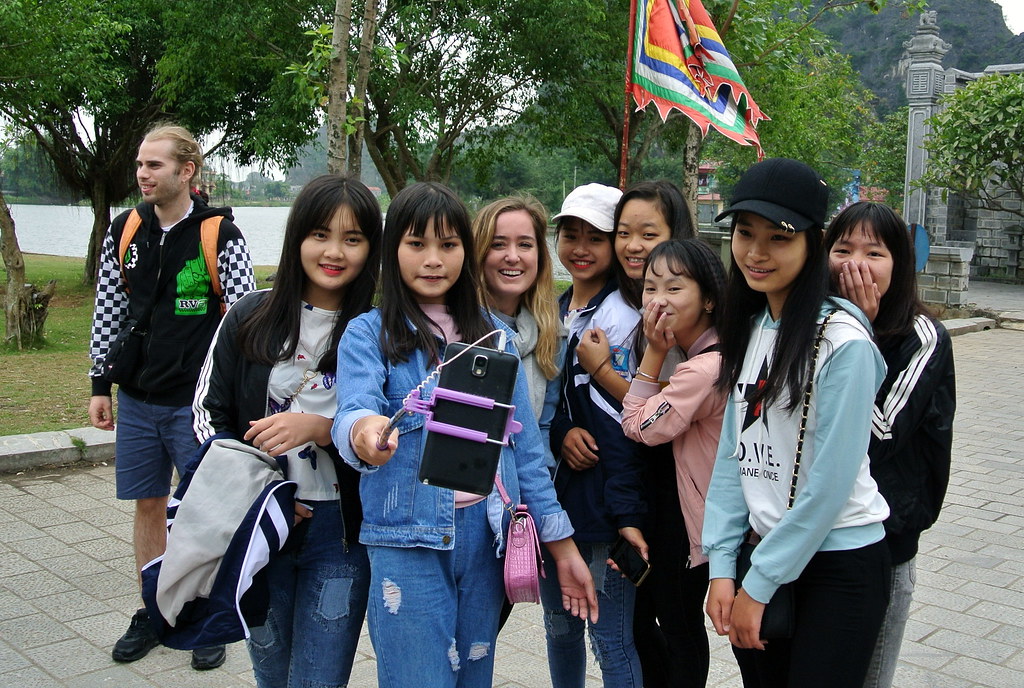 I stood there completely baffled by the sincerity conveyed through this one hug by this complete stranger (literally still feeling the ghost of her hand gently rubbing my back) urgently needing to find someone, anyone to share the moment with.

Minutes later, I watched in glowing amusement as a friend stepped back from her hug. I watched as she turned to me and eyes wide with surprise she whispered, “that was magical”.

“I know”, I whispered back, “don’t tell my mom but I think that’s the best hug I’ve ever had.”