I was not meant to know where my husband was taking us on honeymoon and when he mentioned water as we drove past Teewaterskloof Dam, I was convinced we’d be near a river or beside the ocean. We made our way from Stellenbosch in the Western Cape towards Caledon and the further we drove, the more rural the landscape became. We passed cattle grazing on green pasture, little streams beside the orange, gravel road and farm houses that appeared deserted for years. There were vineyards, fruit orchards and hills that zoomed past until we reached an area I had never been, Botrivier. He smiled as we pulled onto a steep, dusty road taking us into further seclusion. The sign read ‘ Kol Kol Mountain Resort’ and the little Ford rattled along the tough fynbos path so much so that we thought something had broken. He assured me that the owners said that anything over than cars with low profile tyres could make it up here.

There was nowhere to check in and smiling lady at the main house told us to continue up the path where our place would be unlocked. I began to get extremely excited as there was absolutely nothing around but fynbos and hills. We arrived at a cabin made entirely out of wood. We pulled the heavy door open by the wrought iron handle and stepped into what could have been the little house on the prairie. Better than any hotel or guesthouse, the inside of the cabin was all rocks and wooden furnishing. The showers took on the appearance of outdoor showers with their rustic, metal heads and wooden sticks above. A fireplace stood in the middle of the lounge and on the kitchen table, they had left us a tin filled with eggs, a block of butter and home-made rusks.

They had left us a note congratulating us on our wedding along with a litre of milk and champagne. We had fallen in love with this place immediately. There were two rooms and a bed in the attic where all the light seems to flood into. There were no shops around for ages, so luckily we had all our food necessities. As we unpacked, the owner Ross, popped into to welcome us and wished us a great stay on our honeymoon. He told us about how this land had been in his family for years and that he was in the process of building a fourth cabin and also have a safari tent.

Once he was gone, I didn’t see a human for another 24 hours. We discovered the man-made rock pool on our patio. It was filled with mountain water and could be heated by burning wood on the side of it. The wind never stopped blowing in this valley of hills and as we dipped into the hot pool, the steam rippled off the water’s surface. There was nothing around, but green and brown hills, a nearby rushing mountain stream and fynbos blooms of yellow, pink and purple varieties. After six months of wedding planning, we could finally relax and I do believe that there is no better place to do it.

At night we heard an owl, frogs and by day we heard the river, birds and insects. There were no cars, people and pollution. We were in remote bliss. We didn’t have to do anything. We contemplated hiking up to a waterfall, but decided to stay in bed instead. We played scrabble and trivial pursuit from the cabin, lazed by the fire at night, braaied beneath the dark night sky and enjoyed the us time. The furthest we walked was to our rock pool and then at a later stage, to the dam on the hill near the tent. We saw two humans again for the first time in over a day. This was our kind of place, a secluded and rustic cabin. If there was ever a romantic hideaway in the middle of nowhere where you can disappear into each other, this is it. I would return here in a heartbeat. 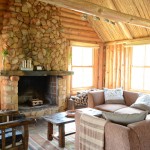 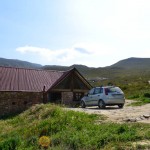 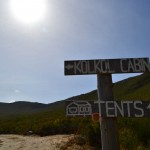 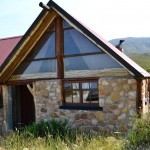 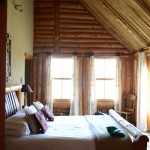 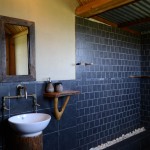 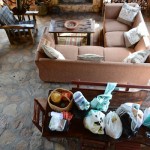 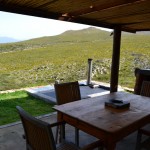 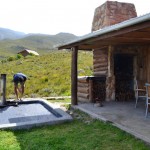 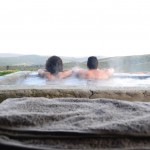 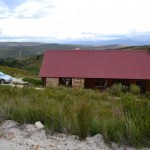 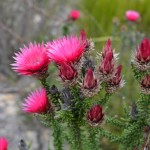 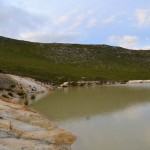