I had never heard of Calitzdorp before my parents declared we are going on a Winter family holiday to this little dorp in the Klein Karoo.  I had accumulated three days of leave credit from working on weekends, so I was quite excited at the thought of road tripping inland whilst Cape Town is so cold and miserable.  Plus when the folks mentioned “hot baths”, I began mentally packing my bags. 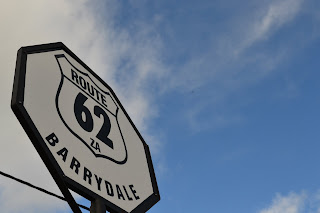 We set out on our road trip on Sunday morning and once through the Huguenot tunnel, we plunged into a land of gorged mountains, icy springs trailing down into streams and acres of farmlands and green.  There wasn’t any coastline, but this was a different beauty all together.  Little farm houses with colourful washing hanging up whizzed by alongside dams, fruit orchards and clouds lingering low against the mountains. 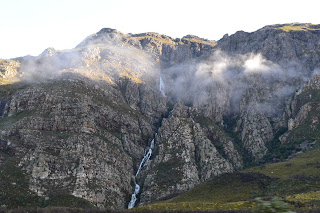 Once outside of Swellendam, the R324 morphs into the Tradouw Pass as we made our way further into the countryside towards Barrydale.  The road hugs the foothills of the Langeberg Mountains where youngberries are grown and exported once handpicked in Summer.  We pass the town of Suurbraak ( the Sour Fallow Land) with a population of 3000 people.  This Tradouw pass is said to follow ancient San and Khoikhoi paths and the Attaqua Khoi lived in the Suurbraak area.  Tradouw in Khoi language means ‘Women’s Pass’ and was void of the all the beautiful spring blossoms. 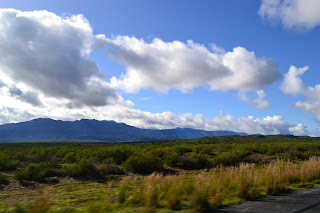 We were officially in the Klein (Little) Karoo, where for centuries the nomadic San and Khoikhoi people lived in the valleys and up in the hills.  It was said that the first white man entered this area in 1689.  The Karoo gets extremely hot and very cold at night, means ‘Thirstland’ in Khoi and where Khoi  chewed the leaves of the indigenous Kanna shrub as they are said to contain a narcotic mesembrine which has tranquilising qualities.
At Route 62 we reached Barrydale, a place that brings back all kinds of scary memories.  Years ago when I had a brief stint teaching Latin American and Ballroom dancing, we were asked to teach and dance at an old person’s party in a hall in Barrydale.  All the guests that did arrive were scary drunk and slumped on us as we attempted to tango across the floor.  And we had no chance to sleep because our boisterous hosts continued to drink until the sun rose. But this time was different, my experience of Barrydale found new life in a chicken and mushroom pot pie served at the Country Pumpkin restaurant. 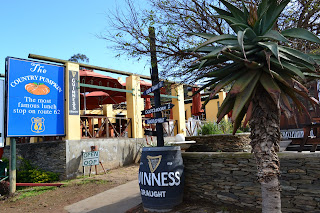 We zoomed off, passed the famous Ronnie’s S** shop which turns out to actually be a restaurant and pub.  Perhaps a letdown for some hopefuls, this shop’s name came about after the owner’s friends pranked him and added the latter part of the name to his wall whilst he was away. Turns out everyone keeps returning and curiosity is constantly aroused in passing motorists.  We pass Warmwaterberg Springs ( warm water mountain springs) which are said to be a little radio active and rich in iron, surely this cannot be good and I hope our Calitzdorp springs are not active in anyway other than bubbling warmth. Next is Ladysmith, Amalienstein and the Seven Weeks Poort Pass through the Swartberg Mountain which continually crosses many riverbeds and is always flooding after heavy rains.
The last two passed before our turnoff are the Huisrivier Pass two and one which crosses over the Gamka River ( Lion River) and Nels river and there are more vast farmlands to be seen in between the looming mountains.
It takes us only a few hours to realise that the hot water is where we want to be.  Rich in iron and manganese, there is not talk of radio-activity.  Even though the mineral rich hot spring is about 50 degrees Celsius at the source, it felt about 30 degrees as I slid into the outdoor pool and out of the cold.  Before retreating for the night, I heard strange sounds like the sound of a pig or warthog in the darkness.  When my eyes adjusted , turns out it was a group of springboks moving quite quickly behind the chalets.  Hope they’ll still be around in the morning for me to see more clearly. 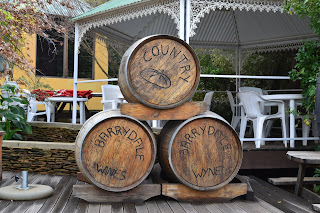 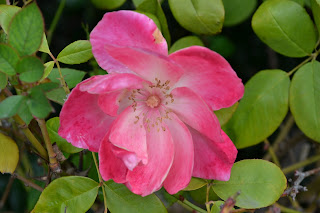 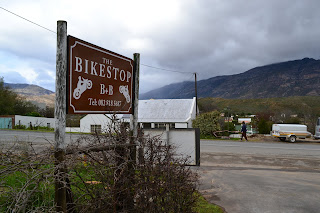 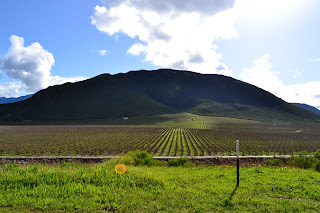 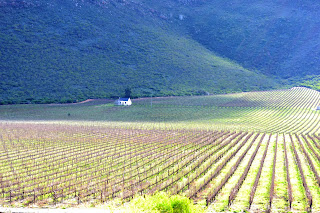 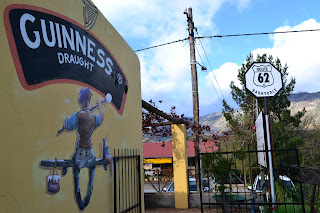 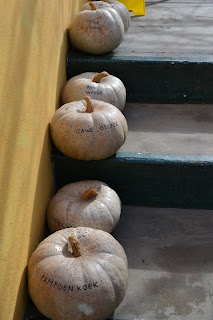 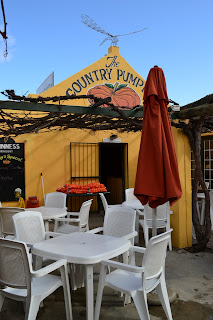