Australia has some great long drives between its major cities. Sydney to Melbourne via the Australian Alps, and Melbourne to Adelaide via the Great Ocean Road, are amongst the most scenic.  But in the southern hemisphere winter months, one of the best drives on offer is the Bruce Highway from Queensland’s capital city, Brisbane, to tropical Cairns.

Before leaving Brisbane, if you need any new travel bags or accessories, check out one of the four superstores of Luggage Direct, because once you leave Brisbane and head north, your options will be much more limited.

Take an esky (the Aussie name for an icebox) too in which to store water and snacks in case of any vehicle breakdowns. Although all the car rental companies offer roadside assistance along the entire route, there are long stretches between towns and in some locations it could take several hours for an assistance vehicle to reach you. 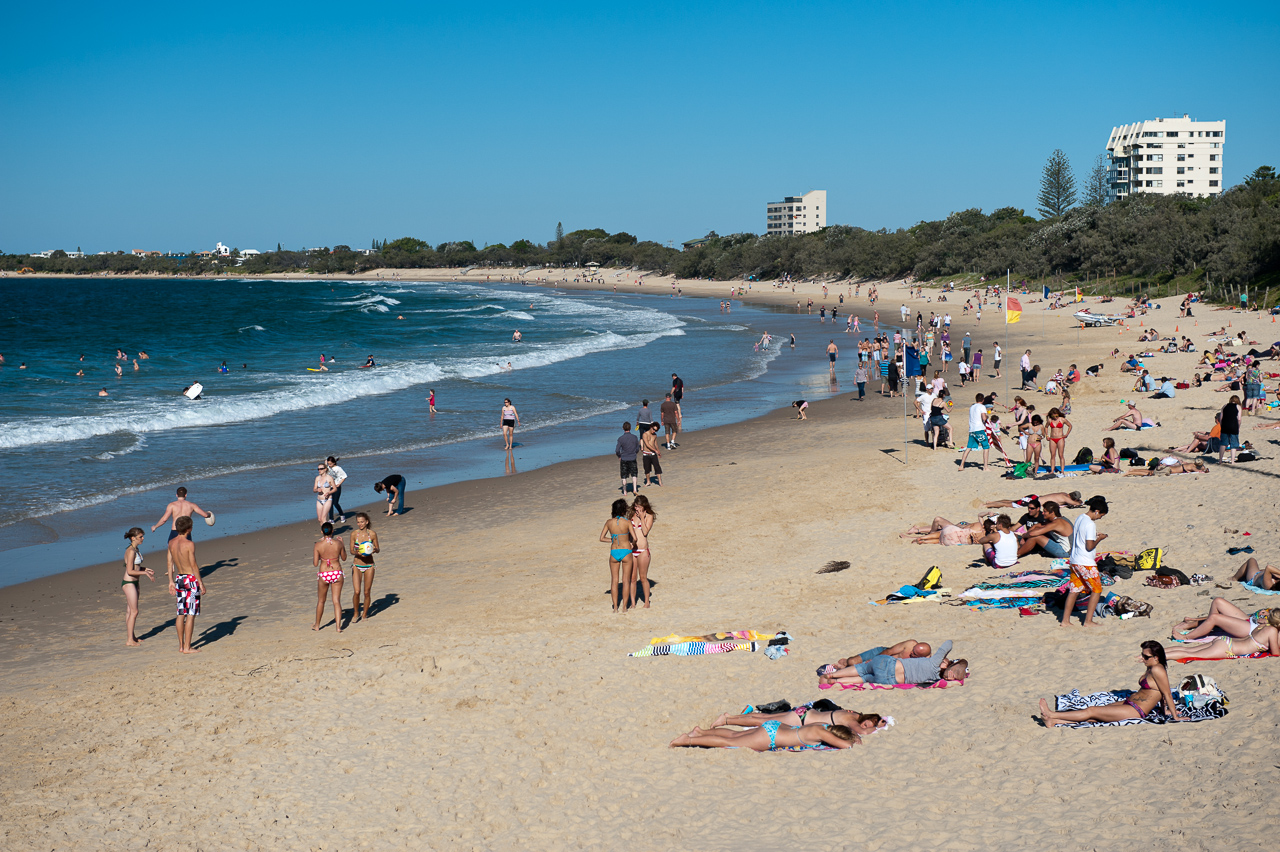 To see the most interesting places along the Bruce Highway drive, you’ll need time to take some short diversions off the main highway. Heading north out of Brisbane, the first diversion will be either the inland route through the Glasshouse Mountains and up over the Blackall Range through Maleny, Montville and Mapleton, or the coastal route along the Sunshine Coast.

The Blackall Range tourist drive takes you through picturesque villages in the hills, with many small arts and crafts shops, and some spectacular views to the coast from several lookouts along the route.

The coastal route through Buderim, Mooloolaba, Coolum and Noosa Heads passes surf beaches and shopping malls, but is still a picturesque drive. Mooloolaba and Noosa Heads have some of the trendiest restaurants and coffee shops on the coast, and are popular tourist destinations with visitors from southern Australia in the winter months.

If you have more a week or more to do the Bruce Highway drive, it’s worth overnighting on the Sunshine Coast so you can do both the Blackall Range drive as well as the coastal drive.

Before leaving the Sunshine Coast, it’s worth visiting the Eumundi Markets, which are just 500 metres off the Bruce Highway at Eumundi. They are open seven days a week and are one of the best markets in Queensland for handicrafts, organic foods and quality Australian souvenirs.

Heading north from Eumundi, the next major diversion should be to Fraser Island.  This is the world’s largest sand island and one of Australia’s top ecotourism destinations.

Fraser Island has some of the best beaches in the world and many freshwater lakes for swimming as well. Wallabies can be frequently seen on the beaches, and sometimes the occasional dingo.  There is a 120 km beach highway on the island and it is widely regarded as one of the best spots in the world for beach fishing.

A visit to Fraser Island requires a 20 km diversion off the Bruce Highway at Maryborough to Hervey Bay.  From Hervey Bay there are ferries to the island, but only four-wheel drive vehicles can be taken on the car ferry. There is accommodation available on Fraser Island, but day tours from Hervey Bay are also available.

Hervey Bay is also the jumping off point for whale watching tours from July to November. The whale watching here is so reliable that most operators offer money-back guarantees if there are no encounters with whales.

After leaving Hervey Bay, it will be time to rejoin the Bruce Highway and head north again. This will be the longest non-stop stretch to drive on the trip. The Whitsunday Islands is where most travellers head to after the Fraser Coast, and the jumping off point for these islands is Airlie Beach.

From Hervey Bay to Airlie Beach it’s a 10 hour drive as it’s over 850 km. You’ll pass through the small cities of Rockhampton – a beef producing area – and Mackay – a sugar cane region. Rockhampton is about halfway, so if a 10 hour drive doesn’t appeal, an option is to overnight there in one of the 60 or so motels along the Bruce Highway or around the city.

Rockhampton has a large number of motels because it is usually the overnight stop for drivers who are attempting the Brisbane to Cairns trip in two days. An alternative is Yeppoon, a quiet coastal town about 20 km away, where there are motels and apartments available, albeit at a slightly higher price than Rockhampton. 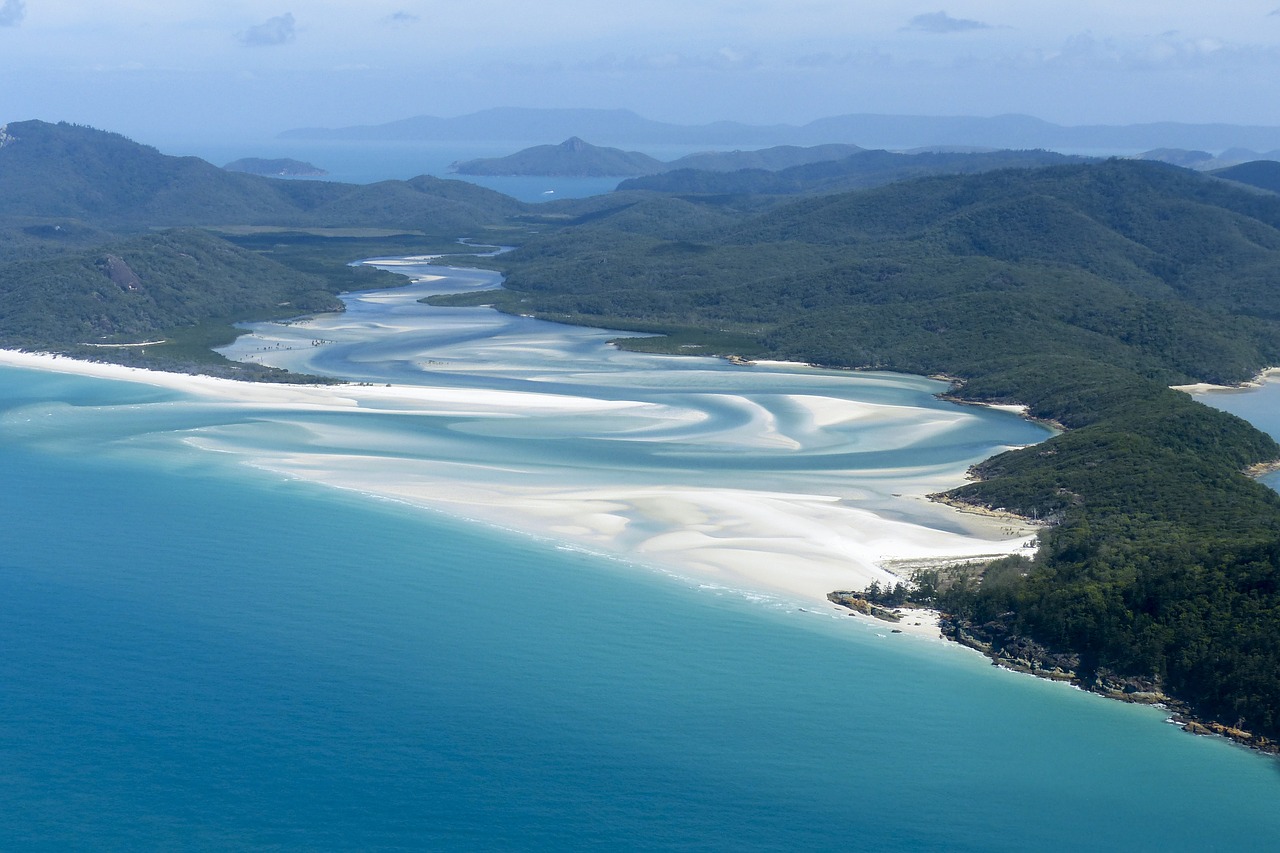 Airlie Beach is about 15 km off the Bruce Highway, 480 km north of Rockhampton.  It is a popular tourist destination in itself, as well as being the town from which most of the ferry services and charter boats to the Whitsunday Islands depart.

The Whitsundays are one of the most beautiful island groups in the world and deserve as many days as you can afford to spend there. It rivals the Caribbean as a world-class yachting destination and there are many tropical resorts scattered across its 70 or so islands.

Whitsunday Island itself – the largest in the group – is where the world famous Whitehaven Beach is located. Whitehaven has been voted the best beach in the world by many travel publications because the sand is made of pure white silica which does not get hot in the heat of the day.

From Airlie Beach it’s a comfortable one day drive to Cairns – travel time is usually around 7 hours. The provincial city of Townsville is located halfway, so makes an ideal lunch stop. A short diversion off the Bruce Highway to Castle Hill overlooking the Strand provides some impressive views of Magnetic Island. 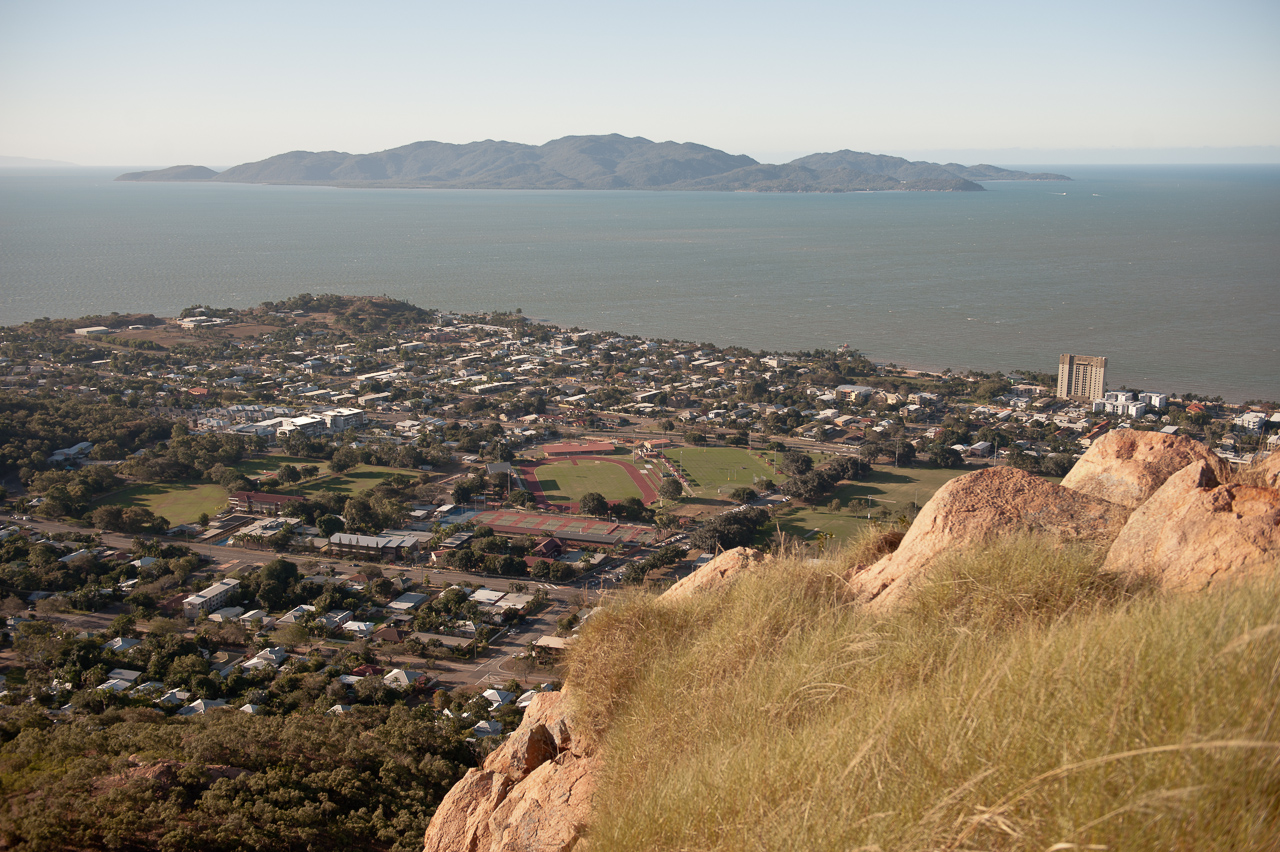 The tropical paradise of Cairns

The final stretch from Townsville to Cairns is through green sugar cane country, and arriving in Cairns you will feel like you are in the heart of the tropics at any time of the year.

Cairns is a major tourist destination in itself with many international flights from Asia. Often overseas visitors to Queensland arrive in Brisbane and leave from Cairns, or vice-versa, after doing the Bruce Highway drive in one direction or the other.

There are also direct flights to Alice Springs and other Australian capitals, so it is easy to fit Cairns into a longer itinerary.

Cairns is the jumping off point for snorkeling and dive trips to the Great Barrier Reef, and there is a beautiful hinterland that rivals the Sunshine Coast’s Blackall Range.

A round trip to Kuranda on the green tablelands behind Cairns – one way by train and one way by cable car – is a must, and the Kuranda markets are the best in Queensland north of Eumundi.

Although the Bruce Highway finishes at Cairns, it’s worth holding onto the rental car for a day trip to Port Douglas further north. This is a one-hour drive and one of the most scenic in Australia.

Port Douglas itself, and Palm Cove on the way, are exceptionally pretty towns with excellent restaurants and coffee shops right on the beach.

For those with more time to spare, driving north of Port Douglas takes you into the beautiful World Heritage-listed Daintree Rainforest and the ecotourism destination of Cape Tribulation.

The Daintree Rainforest is reputed to be the oldest rainforest on earth. There are many species of plants and animals here that can be found nowhere else in the world, and was described by Sir David Attenborough as “the most extraordinary place on earth”.

Night tours in the jungle, zip-lining through the rainforest canopy and crocodile-spotting tours on the Daintree River are just some of the things you can do here that will bring you very close to nature.

North of Cape Tribulation, the road is driveable only by four-wheel drive vehicles, so for most visitors this is as far north on the east coast of Australia as they will ever get.

The Bruce Highway drive north from Brisbane to Cairns, and onto Cape Tribulation takes you from modern cityscapes to ancient mountainscapes. It’s a drive you’ll never forget and one that you’ll probably want to do again one day.