I don’t know about you, but as soon as the clock chimes ‘weekend’  signaling the end of work, I want to hit the long road and exit the city.  I want to see less people, cars and buildings and infinitely more trees, mountainside, rivers and turquoise ocean.  I want to hear birds, crickets or waves breaking otherwise nothing.  I love hearing the sound of sweet silence. I was asked to house sit a couple’s exquisite house in Simonstown for the weekend.  I wanted to thank them for the offer of a holiday as this was really them doing me a favour.  It took all of 25 minutes from my house to drive towards the tip of the peninsula and for the rest of the weekend, that is exactly where I stayed. Here are a few things I discovered you can do, without ever leaving the town… 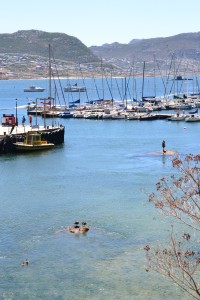 Eager to explore the local restaurants, my boyfriend and I drove down to the main road.  We had orginally decided on Bertha’s right along the habour’s edge, but it was already past 9pm and they were closed.  Next, we went up the stairs of The Meeting Place with its bright pink cloth wrapped around its pillars, but they too had just closed their kitchen.  The waiter informed us that the only place open after 9pm on a Friday Night was the Italian Restaurant, Cafe Pescado.  Opposite Jubilee square’s palm trees, I could see some fairy lights and a white illuminated sign.  A fan was the only thing to keep us cool in this rather cosy place with photos of old fim stars and Maryilyn Monroe decorating the walls.  We both happened to blend into the red, white and green colour scheme and was quite surprised to see that the menu offered superb prawns and calamari and succulent sirloin  at reasonable prices. 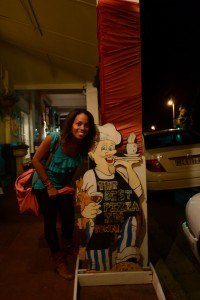 The house has the most incredible view over the entire bay.  You can see Muizenberg beach, the old lighthouse in the centre of the sea and overlook the gigantic Navy ships docked in the harbour.  With not a breath of wind on the balcony, I willed myself to wake up for the sunrise after 6am.  I walked down the road to see the sun seeping out from beneath the ocean in the East.  Grab some coffee and watch the sunrise over False Bay, it’s quite something. 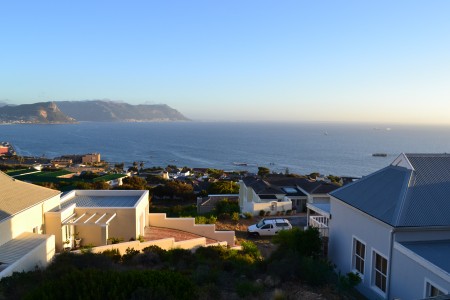 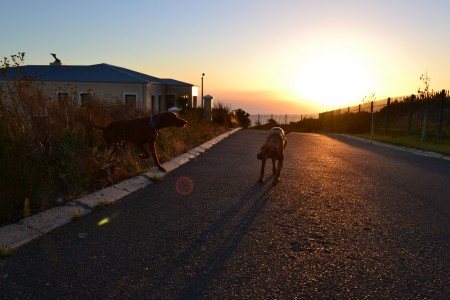 Down by the Harbour

Come Saturday afternoon, Simonstown harbour is bustling with tourists and locals alike.  Kids were out on mini-sailboats, children in their traditional outfits wet their feet after dancing for foreigners in the square and vendors displayed their wire artwork.  A visit to a seaside town is not complete without a good dose of fish and chips and Salty Sea Dog provided just that for R35 for a hake and chips.  We grabbed our order and lazed on the jetty, watching a boat leave for Seal Island.  There are many options for you to get your sea on such as renting a kayak, boarding a fishing charter or cruising to Kalk Bay by sea ferry.  For the sushi lovers, Just Sushi is just around the corner, but I warn you that it doesn’t keep cheaply. 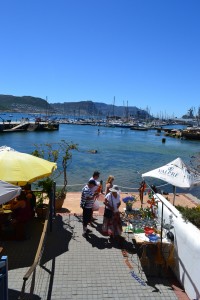 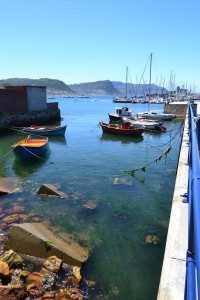 A walk down memory lane

Just by walking through Jubilee Square, past the African vendors selling their wooden carvings, ivory bangles and beaded starfish, you’ll learn about a bit of this town’s history.  Jubilee Square itself dates back to 1935 and Simson van der Stel was said to first survey the bay in 1687 before the Dutch East India Company built their quarters here in 1743.  It didn’t take the British long to occupy the land with the landing of their troops on Long Beach whilst the Royal Navy established a Naval Base in 1814.  The town’s rich, naval history can be witnessed in the galant flags, the statue of the famous Great Dane,  Just Nuisance, in the square and the SS Mendi Memorial Plaque.  The plaque serves as a tribute to the navy ship with the first group of black South African troops to France.  607 lives were lost as the ship sunk after a collision in the fog in 1917. For more historial exploration visit the SA Navy Museum or the Simon’s Town museum. 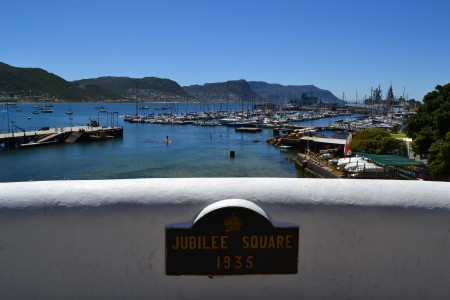 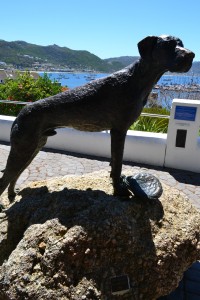 If you’re a local, you’ll probably stay away from the markets, which charge ‘tourist friendly prices’. Hop across the Main road and wander into art galleries, home and decor shops and vintage hubs.  Nostalgie is a particular vintage gem selling everything from kewpie dolls, old pointe shoes, feather hats and mini travelling irons to navy badges, model ships and a wedding dress dating back to 1939 worn by the bride in St. George’s cathedral.  Shopping on a hot day by the sea becomes even more delightful with a scoop or two of delicious ice-cream. Walk a little further down from Nostalgie and take your pick from the array of flavours.  After staring at the lime, orange, coconut anc chocolate, I succumbed to wild berry sorbet and honeycomb and it didn’t disappoint.  Not even a little bit.  Perhaps now you’ll have energy to walk up all the Drostdy Steps that once lead to the Magistrate’s house in 1828. 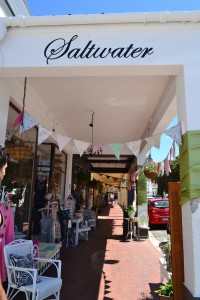 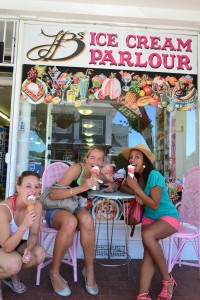 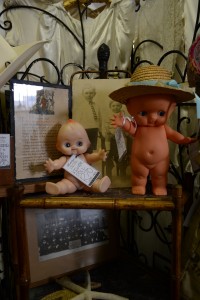 I love Boulders and tanning beside the penguins, but once you’ve witnessed mini-penguins basking on a beach and not in the snow, it’s no longer appealing to pay R40 to squeeze onto a beach whilst there are ample quiet beaches further down the coast.  Just past Seaforth, I looked down between the boulders to see a few umbrellas, magnificent turquoise ocean and semi-secluded beaches.  Why I ever bother to go to Llandudno on the other side of the mountain alluded me, but with the peaceful absence of the South Easter here, it was magical. We flung our clothes on a rock and dived into the water which proved refreshing and not its usual freezing temperature.  It was totally transparent and the gentle swell moved my floating body towards the shore and back again.  Kelp caressed the boulders’s rough edges and I opened my eyes beneath the surface in awe that I didn’t even need goggles. 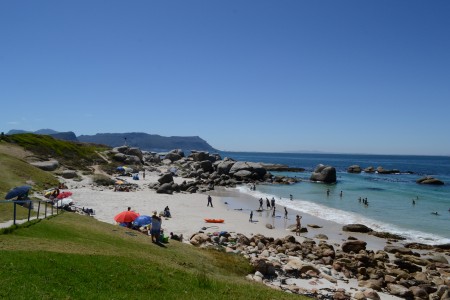 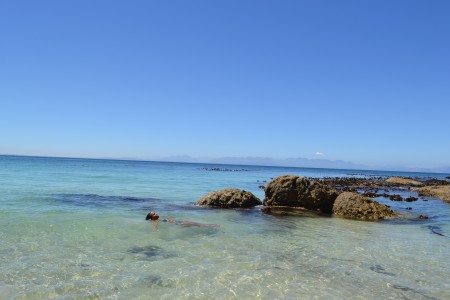 With so much to do in Simonstown, if you book yourself into one of the many B&B’s, you won’t even have  to leave the suburb.