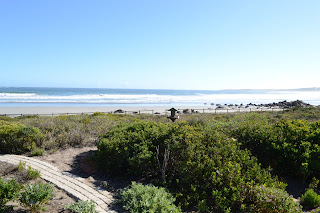 I finally found a place where I’d be quite content to wash dishes. Alot of dishes. I had to travel two hours outside of Cape Town to find it, but there opposite the sea, with a window overlooking the fynbos and beach at the end of the little pathway in Gonnemanskraal reserve, I washed happily, with not a care in the world and hardly ever took my eyes off the sunshiny waves. 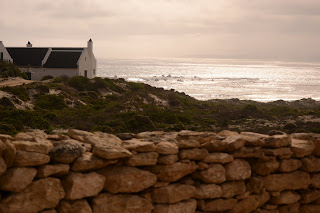 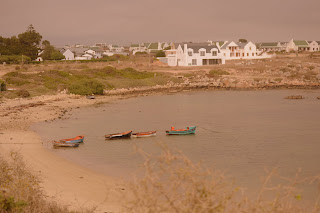 There is such bliss in getting away from it all: TV, people, my car, traffic and even my house. Once we reached Jacobsbaai past Langebaan, there wasn’t another soul to be seen.  Just a line of fishing boats strung to the shore of the bay, chestnut brown cows behind the fence and orange aloe blooms growing beside white-washed holiday houses. We passed a small abalone factory, stopped to unlock the gate and drove along the gravel road, past the stony wall and to our home for the weekend where a scarecrow welcomed us. 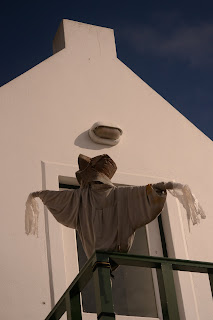 It was icy but the gas fireplace in the lounge solved that situation very nicely.  When all you have are good friends and boardgames for entertainment, things are bound to get exciting and somewhat tense.  30 seconds has the ability to thrill and frustrate in the same breath.  In our game amongst four people, ugg boats were flung (softly), losing teammates fell to the floor and some even left the building. The pressure mounts and it’s all fun and games until someone loses.  That however, was never me!

Where else can you wake up to the sound of the waves, see the sun peaking out slightly from behind the grey clouds and decide to run to the beach for a walk in your pjs? We spotted an elderly couple and one other lady walking her dogs across the wet sand. One of her dogs became totally absorbed by a large piece of kelp.  No amount of prompting could  bring him back to her.  He twirled it around in the sand and even threw it high above him.  Seagulls stood in a row, eagerly anticipating the water to lick at their feet.  They were wild West Coast birds and quickly made a point to fly away from us if we came too close.

We would probably never have left, had we not needed salad, garlic rolls and more braai supplies.  The Wes Kus mall is the biggest around for miles, we passed a giant rock with Jesus written on the side in red.  The last place I wanted to be was a mall, but we grabbed the items and cruised back past pitch black cows this time, an old deserted farm house and past the old boat with soil and aloes in it. 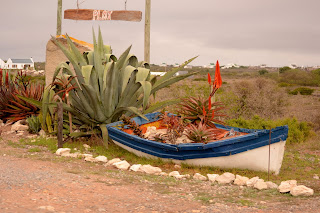 Before the the fire was lit and the braai got going, I lazed on the couch reading my book based in Istanbul, napped late afternoon and awoke to a hazy, beautiful sunset.  My boyfriend was relishing his second surf of the day and the others had taken the cameras and run down to the beach. I could’ve watched the sunset from the patio, but it was so enticing, I had to get closer.  The orange rays tinted the foamy water and the dark clouds only served to make it all more dramatic.  As he caught his last waves of the day, I stood atop the rocks and wondered what it is about a sunset that has the ability to make you ponder, be filled with glee and send warm chills through your body.   Seaweed washed up close to my shoes and looked for one last time at the round ball hovering on the horizon.  If the water was about 10 degrees warmer, I’d also enjoy the outdoor shower post-surf. 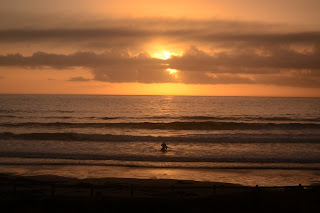 When the sausage, lamb chops and steak were done sizzling on the fire, we ate it all up and stood in thick jackets around the fire with marshmellows on the end of our sticks. This is a sure sign, that I was ‘away’. More games ensued inlcuding UNO, the night came to a relaxing end and I nearly nearly got stuck in the bathroom. It would’ve all ended differently if I was forced to exist througha tiny window up above the bath.

The Sunday was incredibly sunny ( of course) and whilst it was the others turn to make breakfast, Vaughan and I climbed up along the dewy wall ( with much persuasion and assistance) and lay on the roof.  Aside from the wind, it was warm and we lay for ages beneath the big blue, with the smell of bacon wafting up from the kitchen.

After strong coffee and a killer breakfast, it was time to take the old landrover out for spin ( or slow drive) along the 4×4 trails beyond the fence. It was even more deserted here than in gonnemanskraal.   We passed a fee stop signs before hitting the off-roads that led us through narrow, sandy trails, past a small beach and through the bushveld.  I can’t really choose which part was more exhilirating-riding the landrover or standing on the back of it as we were flung over bumps and hills.  Jacobsbaai; the place that made me fall in love with the rustic, simplicity of the West Coast. 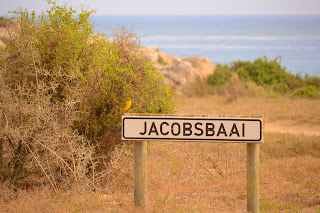 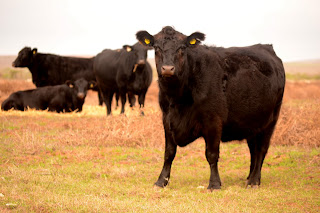 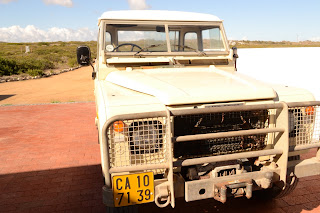 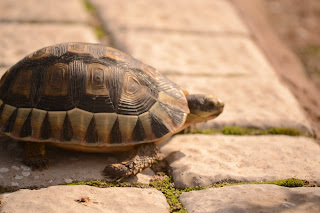 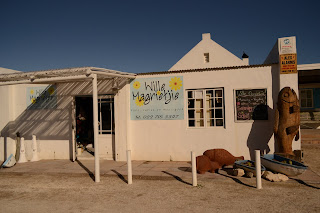 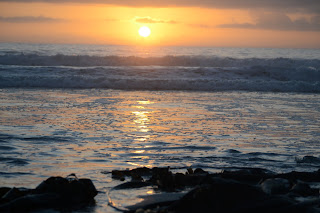 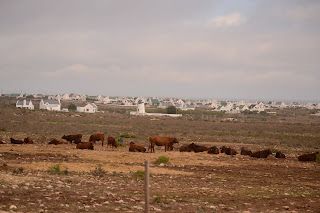