You are here: Home / Eat / Africa / A taste of Korea in Cape Town.
70
SHARES
FacebookTwitterStumbleuponBufferPinterestPocketGoogleWhatsapp
Mail

After living in Seoul, South Korea for nearly two years I can safely say that Korean cuisine is not my favourite. Korean barbecue however, was the one thing I could eat over and over again. Luckily for me, Coenraad Groenewald and Louis Smit decided to bring this interactive dining experience to Cape Town and each time I return, I string more people along with me.
You’ll find the entrance just off Long Street and in Bloem Street you’ll spot a lit sign reading Galbi which means ‘rib’ in Korean but also refers to various forms of grilled meat. Walk down the alley with fairy lights and sit beneath white, lanterns hanging from the ceiling. As soon as you’ve taken your seat on the wooden bench (which doesn’t bode well for long dinners), you’ll discover that you will in fact be the one to grill your own meat.

You’re supplied with a menu with an array of raw meats such as kudu, pork, fillet and rump to choose from. If at any point, you imagined you’d be served read-to-eat food; the fire, grill and copper extractor fan on and above your table should give it away.

I always arrive ravenous which really isn’t a problem as the starters such as baby back ribs and spicy Seoul chicken wings can be consumed immediately. The drinks and cocktail menu can be found on an old vinyl. I must point out that the plum and kiwi cocktails served in glass bottles are quite delectable.

Don’t be alarmed when your strips of marinated meat arrive with a pair of scissors and tongs. It’s time to get your braai on. This Korean restaurant has a South African twist and also serves meat such as Warthog, Kudu and Lamb Sosaties. Don’t bother trying any other side dishes before you’ve sampled the sweet potato fries and tempura vegetables. Baked butternut, grilled zucchini and mushroom shots (filled with parmesan and for grilling) are all good too.

The Korean way to eat the meat, is to cut it into little strips (hence the scissors), add the spicy orange sauce which comes with each order and wrap it one of the ‘fancy lettuce wraps’. Chew and be happy. For the carbohydrate lovers, there are soups, noodle and rice dishes such as Kimchi Jjigae, Naengmyeon and Bibimbap which involve egg, soybean paste, tofu and mounds of chilli paste. If this sounds like your thing, give it a go. Eating Bibimbap nearly every day between teaching English classes has put me off for life, perhaps.

It’s not the cheapest restaurant, but you will always leave feeling satisfied. I wouldn’t budget on less than R200 for two people. I’ve been three times and will no doubt return to grill meat in a place other than my own kitchen. 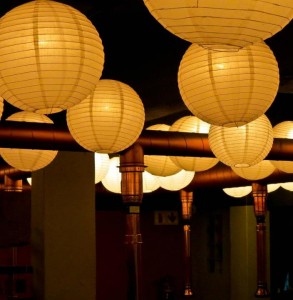 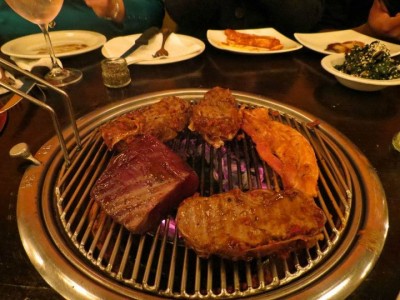 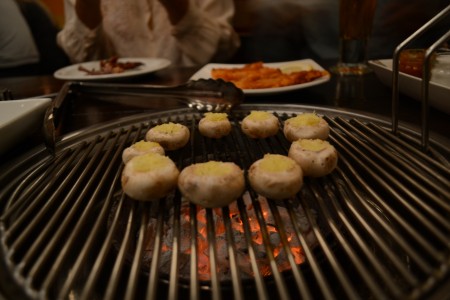 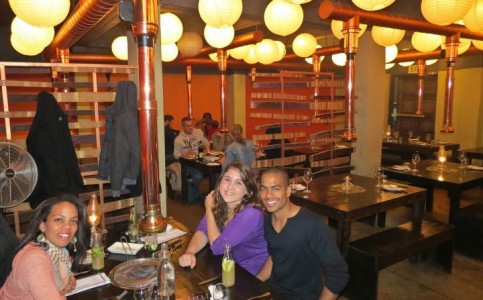 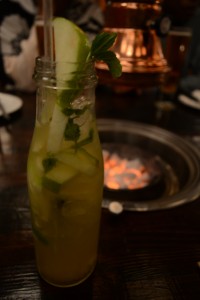 All photos taken by Mercia McShane and Lauren Manuel.