Whether you are a solo traveller or travelling with family or friends, you will definitely enjoy touring its various sites and feasting on its lip-smacking cuisine. Visit this eclectic city during the fall months i.e. from September to November, when the weather is spectacular, the crowds are sparse and hotel rates are quite low, making it the perfect time to visit.

Wondering where to begin? Check out our list of must-visit places of Istanbul:[/cs_text][cs_text]

[/cs_text][cs_text]The historic Sultanahmet Mosque or the Blue Mosque was built during the rule of Ottoman Empire and it is definitely one of the “must visit” places of Istanbul. The mosque is flanked by 6 minarets, while the interiors are adorned by blue tiles (hence the name – Blue Mosque), making it an excellent specimen of architecture. The entrance to Sultanahmet Mosque is absolutely free, however, the mosque remains inaccessible during the ritual prayers.[/cs_text][cs_text] 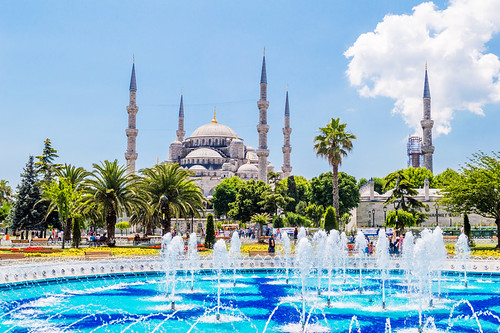 [/cs_text][cs_text]Appearing like something straight out of a fairy tale, the Topkapi palace, is a beautiful palace in Istanbul representing the Ottoman architecture. Once a royal residence of the Ottoman Sultans, the Palace contains a huge collection of robes, weapons, porcelain, Ottoman miniatures and some significant holy antiques of the Muslim world, namely – the Prophet Muhammed’s clock and sword. Come here to enjoy the spectacular views of Bosphorus (a waterway) and Golden Horn (a water body). [/cs_text][cs_text] 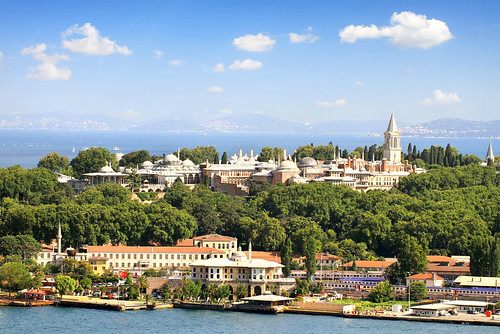 [/cs_text][cs_text]Emirgan Park is one of the biggest public parks of Istanbul, and it is located along the European coast of the Bosphorus, on a hill. Dotted with small waterfalls, fountains, artificial ponds, and cafes the park offers a very relaxing environment. Do not miss out the Tulip Festival hosted by Emirgan Park, if you happen to visit Istanbul in the spring months.[/cs_text][cs_text]

[/cs_text][cs_text]Dominating Istanbul’s skyline, Galata Tower is a medieval stone tower in Galata and one of the arresting landmarks of the region. It is here that you can ride an elevator to the top and enjoy the stunning views of Istanbul, specifically the Sultanahmet area crowned by Topkapi Palace, Hagia Sophia and the Blue Mosque. [/cs_text][cs_text] 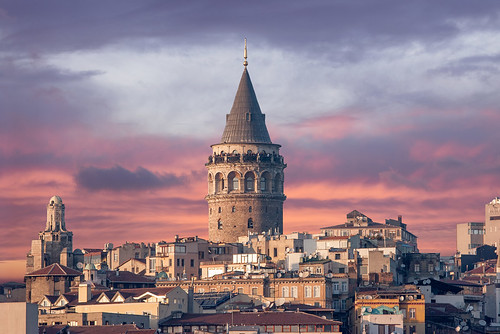 [/cs_text][cs_text]Located right in the heart of old city, Grand Bazaar is a coveted market of Istanbul. If you are a shopaholic, you simply can’t afford to miss it’s 4000 shops, and vibrant colourful streets where you can shop till you drop. [/cs_text][cs_text] 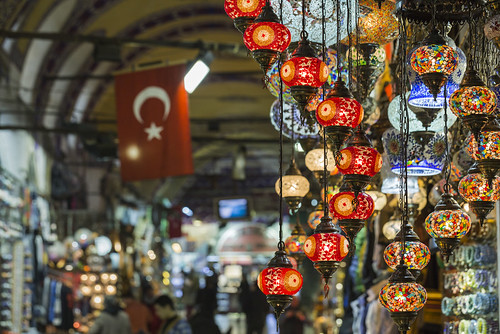 [/cs_text][cs_text]If you are looking for a peaceful romantic evening, head to Cezayir or the French street, which features several French-themed restaurants, cafés and pubs located in an energetic environment surrounded by the brightly-painted neo-classical buildings. [/cs_text][/cs_column][/cs_row][/cs_section]