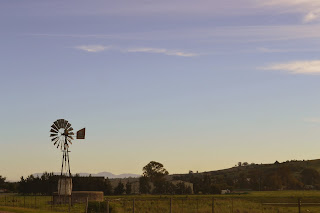 After taking a Sunday drive to Stellenbosch, sipping cappuccinos and licking gelato beneath giant oak trees while owls nest overheard and people stroll lazily by, I realised whilst surveying the clean streets, art galleries and side-walk cafes that this was our little bit of Europe in the Western Cape. So why not hop in the car and enjoy the sweet treats, sight-seeing and plazas that this town has to offer. 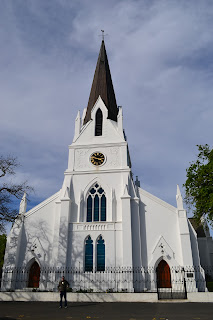 Once you’ve park your car and step out onto the clean, narrow pavement and walk a little way, you may have already forgotten that you reside in a busy city with traffic, hooting motorists and pollution.  In this part of town I could count the number of cars that drove past slowly.  The only sounds came from the leaves rustling in the old oaks up above me and the soft music drifting out from restaurants serving tea-time snacks and light dinners. 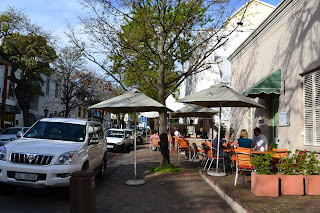 It could have been the lack of ‘Mowbray Cape Town’ being yelled out of a taxi, absence of litter and old, beautiful churches, but for awhile I forgot I was in South Africa.  I could very well have been eating a nutella crepe from a corner in Paris or enjoying espresso in the heart of Munich, because it all felt so different, so new. Sure there are the local Mugg & Bean and Vide e caffes in view, but hidden amongst the jewellery stores, galleries and beneath an arch was a cobblestone plaza.  Sunday had rendered it empty, except for a couple enjoying ice-creams and solace outside a closed sushi store.  A tiny canal of water made its way past restaurants and giant statues and trees with hanging wire decorations. 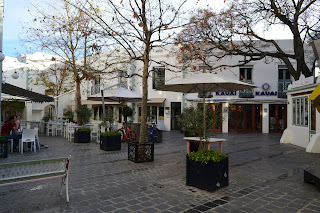 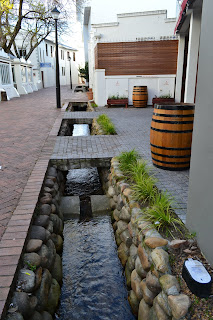 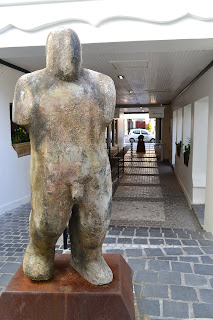 3. There are galleries galore to explore

One of the first places we stepped into was The Studio gallery with two friendly curators who loved telling us all about their artists whose work adorned the walls and displays of the gallery.  A fierce bull stood proudly in the centre of the room, molded entirely out of wax but upon first inspection it could’ve been mistaken for dark chocolate.  The curator explained that the bull would only remain this way until the end of summer as the artist would have to mold the sculpture into a metal of sorts before it melted in the new season’s warmth. Another gallery placed paper ‘leaves’ as business cards in a log outside their door. 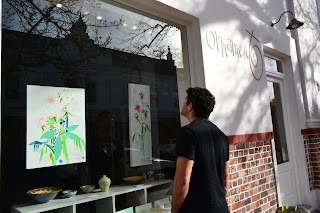 4. There are charming cafes to enjoy

We bypassed a few buzzing restaurants and coffee shops until we arrived a small sidewalk cafe called Lecca il gelato. When I caught a glimpse of fluffy cupcakes on a tray and creamy ice-cream in it’s sister store, I knew it would be a winner.  The sun slowly began sinking behind the oaks as licked the sweet pink and purple icing off my vanilla cupcake and thanked the Italians for gelato, espresso and all other things tasty.  Aside from a woman’s hair catching aflame from a candle inside the store, all was calm, relaxed and totally laid-back at my little cafe. 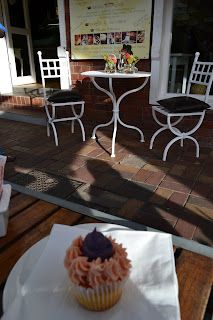 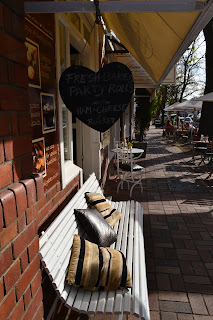 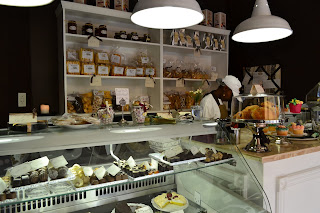 5. You won’t have to book a plane ticket to get there

As incredible as Europe is, a plane ticket will set you back at least R8000 if you’re flying from Cape Town International and that’s minus accommodation and food in euros. So now that times are tough, explore your own city and delve into some of  SA’s artwork, history and vineyards for a fraction of the price with plazas, cobblestones alleys and old churches thrown in for good measure. And to think that this exquisite historical town is a mere 45 minutes away.

For travel accommodation in and around Stellenbosch we recommend checking out AccommoDirect.com 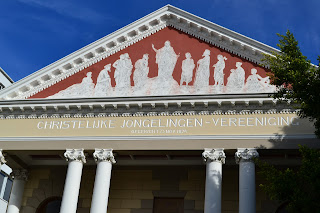 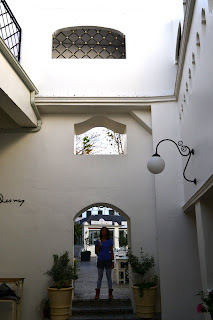