“The Land of Fire and Ice” as it’s known is fast and furiously becoming one of the hottest travel destinations and with it’s almost surreal beauty, friendly locals and endless opportunity for adventure it’s not hard to see why. Here are just a few reasons why Iceland should be on your travel bucket list.

Iceland sits on the spot where the North American and Eurasian tectonic plates collide resulting in some of the most fascinating geography you’ve ever seen. Expect eerie rock formations, long stretches of black sand beaches, feisty volcanoes and endless lava plains. 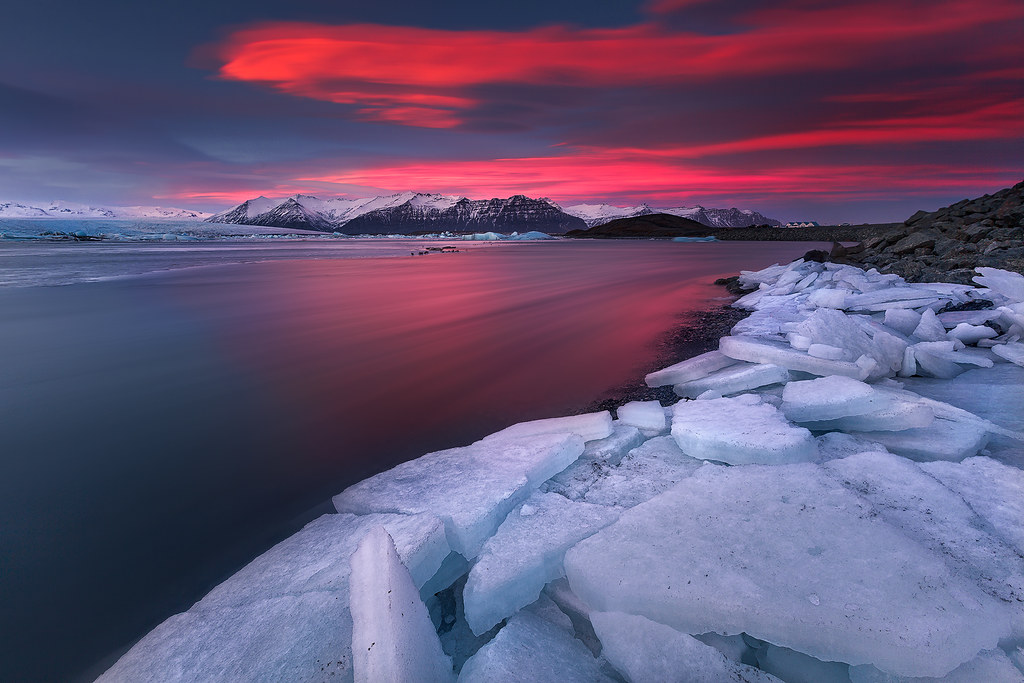 The best way to see these incredible vistas has to be on horseback where you can experience Iceland’s lush valleys and steep mountain terrains in a whole new way. Landmannalaugar made up of Rhyolite Mountains, lava fields, and the Hekla volcano; is a great spot for these horseback tours.

Some other must see spots include the Thrihnukagigur volcano where the brave can navigate the 120 meter drop to explore inside the cavern as well as Gullfoss Waterfall, one of Iceland’s many but most popular waterfall due to the sheer power of the stream and the natural beauty surrounding it. 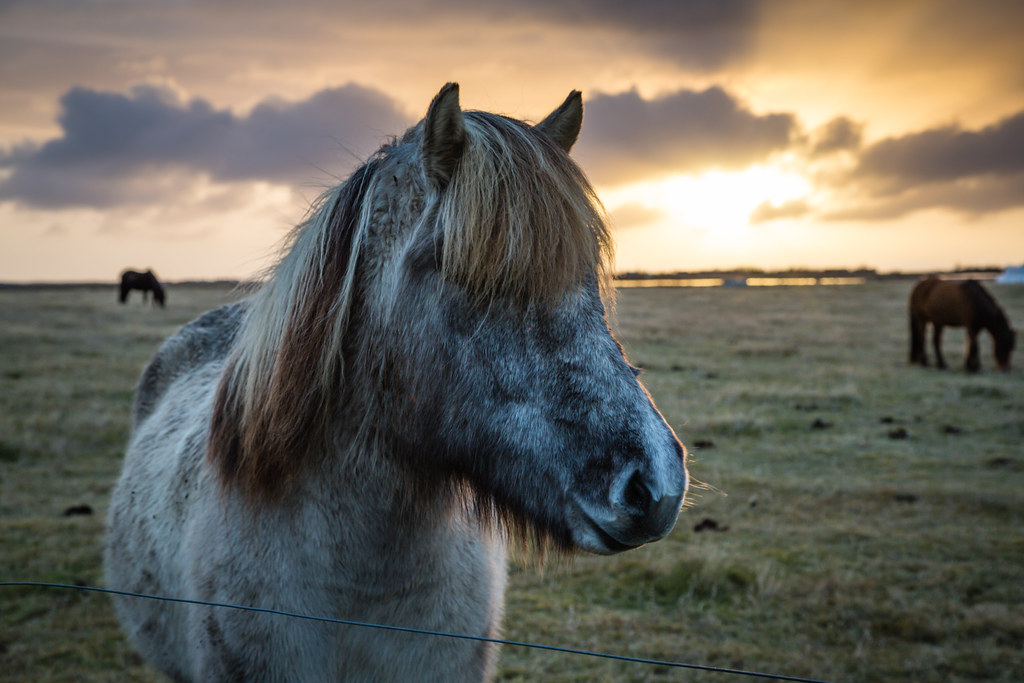 In a country so defined by its natural wonder it’s a given that it would be crammed full of outdoor adventure for you to fully immerse yourself in. With a large landmass (103,000 km²) and a rather small population (334,252 people) Iceland lends itself well to thrill seeking exploration from mild to adrenaline pumping adventure.

You will never be closer to the raw beauty of Iceland than while hiking. Whether it’s along flower-filled meadows or black sand deserts and icefields the terrain is exceptionally varied and each with a magic of their own. Trails throughout the country range anything from an hour to a week and popular spots include Landmannalaugar, Jökulsárgljúfur National Park, and Skaftafell. 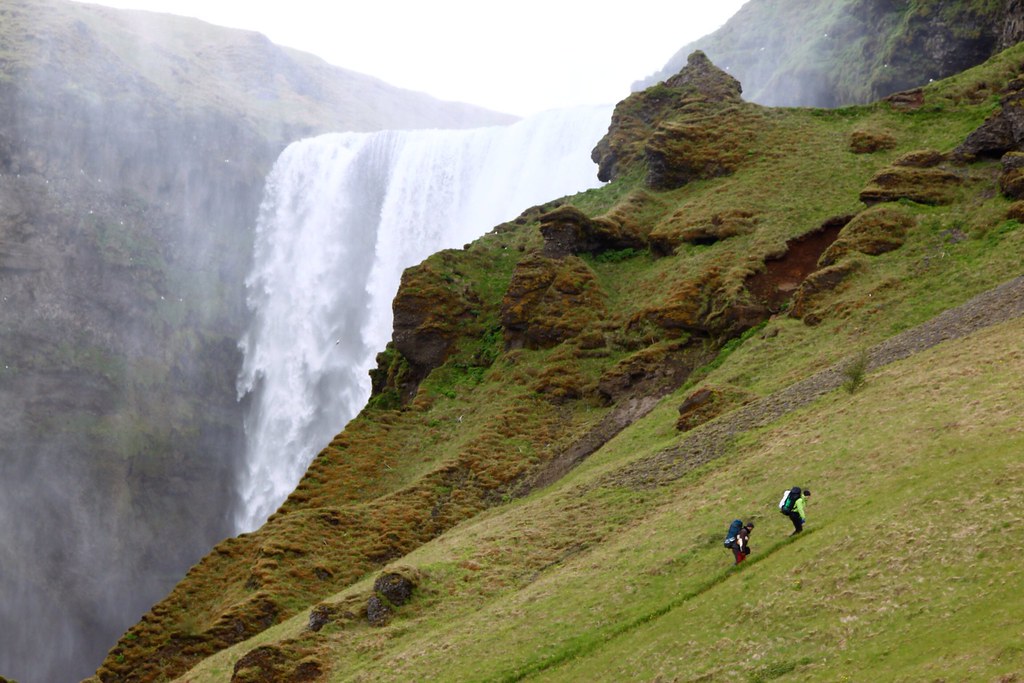 Known for its grand glaciers and as being the ultimate winter wonderland there are of course a myriad of activities to enjoy on the icier side, just be sure to gear up in your warmest, and preferably waterproof, apparel.
If travelling over snowy landscapes and glaciers at top speed gets your adrenaline pumping then snowmobiling is a must and you should definitely put Skalafellsjökull on your itinerary.
Skiing and snowboarding are also popular activities and there are a number of venues arouynd Reykjavik, Akureyri, Hlíðarfjall and in the West Fjords. 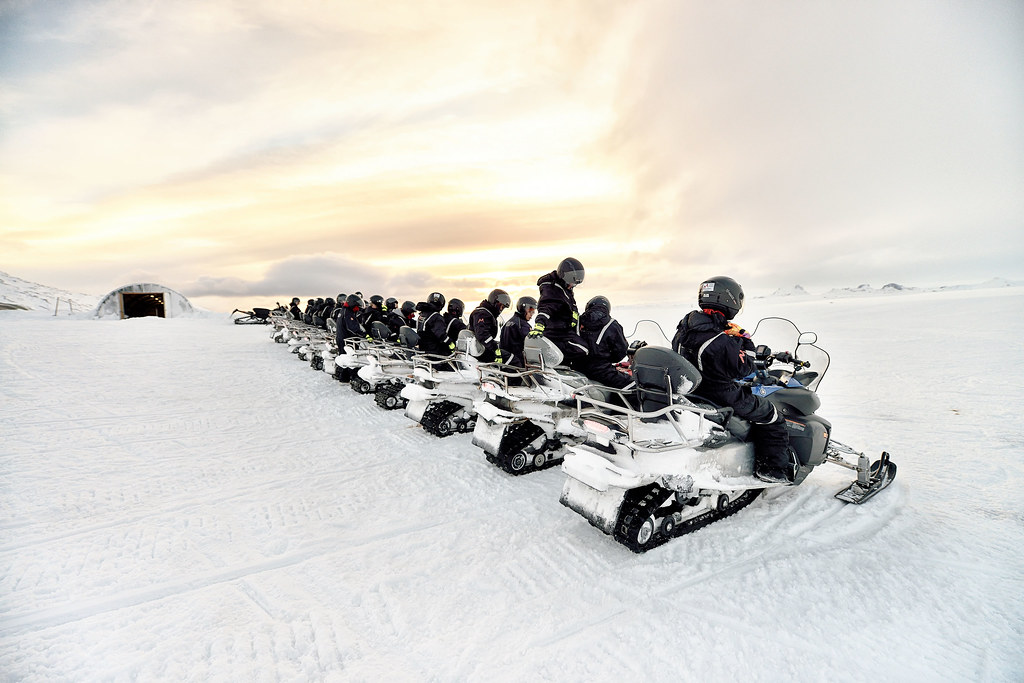 Iceland’s history of fishing, farming and gathering on a volcanic island in the harsh conditions of the North Atlantic has resulted in some very interesting traditional cuisine. Even though fermented shark or sheep’s heads may not be your cup of tea there are some very different although palatable dishes to experience like Skýr (yoghurt product) and rugbrauð (rye bread baked in a hot spring). Although still loyal to tradition there are plenty of fantastic restaurants offering modern, hearty meals perfect to end off a day of icy adventure.

Between April and October are best months for some of the most spectacular whale watching in Europe. Humpbacks, minkes, bottlenose and blues flourish in the fish-rich North Atlantic and Arctic waters around Iceland and during a tour departing from Reykjavik you can be 99% sure of a sighting of these magnificent creatures. 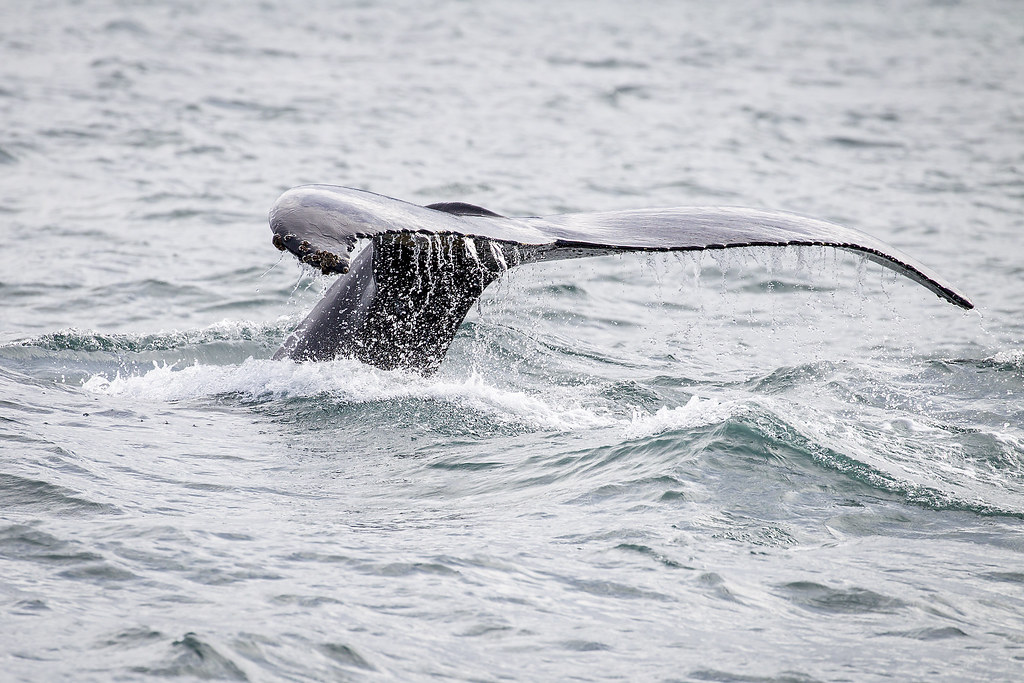 Bird watching is also a massive draw card for those visiting Iceland with a number of unique species coupled with stunning backdrops. Tours are also available to the seaside cliffs of Flatey Island that has its own colourful colony of puffins.

The Icelandic love their live music and with music festivals running almost every month of the year including Dark Music Days in January and Secret Solstice in June there’s no excuse not to enjoy the local scene. On most nights you can find more intimate performances at spots like Harpa Concert Hall, Húrra and Mengi all in Reykjavik. 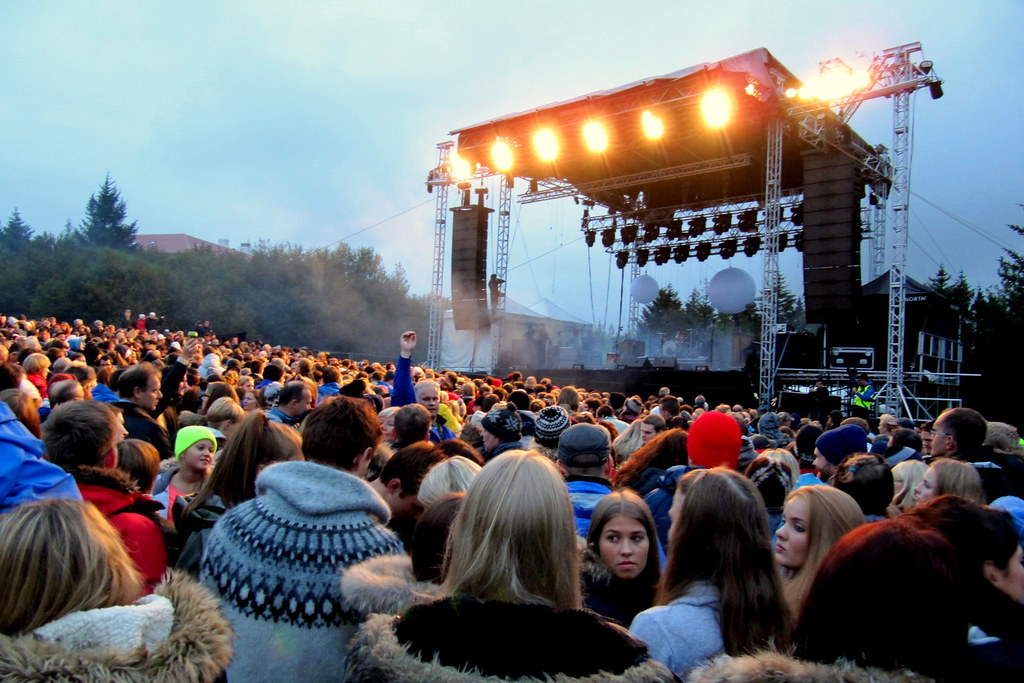 This beautiful and elusive natural phenomenon also known as the Aurora Borealis is a result of charged particles from the sun becoming trapped in the Earth’s magnetic field which gives the colourful, dancing light show we get to see on Earth.

Iceland is one of the best places to see this magical show particularly between September-April. There are many tours in Iceland offering the chance to venture into the remote countryside to spot the lights however if trekking in the cold is not your thing there is also the option of viewing them from a hot tub in one of the city pools. 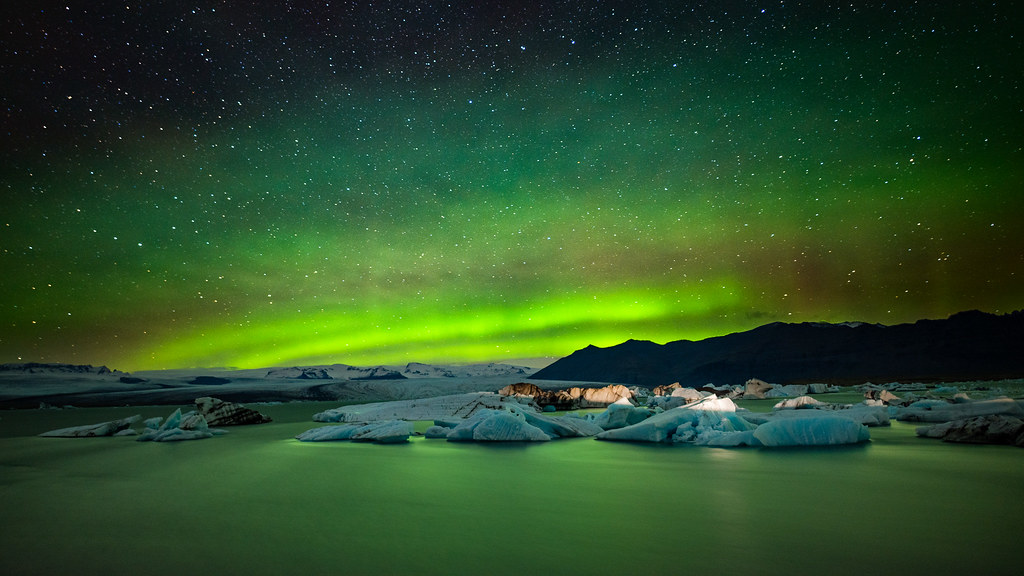 With geothermic waters hovering between 36-40 °C and picturesque snow-capped lava rocks everywhere you turn it’s no wonder Blue Lagoon is such a popular tourist spot and locals hangout. You’ll find it just a few minutes from Keflavik International Airport and known for its healing and anti-ageing properties with its sulfur and silica content its’s the perfect way to relax tired muscles after a day of exploring. Wherever you find yourself you can find a geothermic outdoor public swimming pool in almost every town so ask locals where the best spots are. 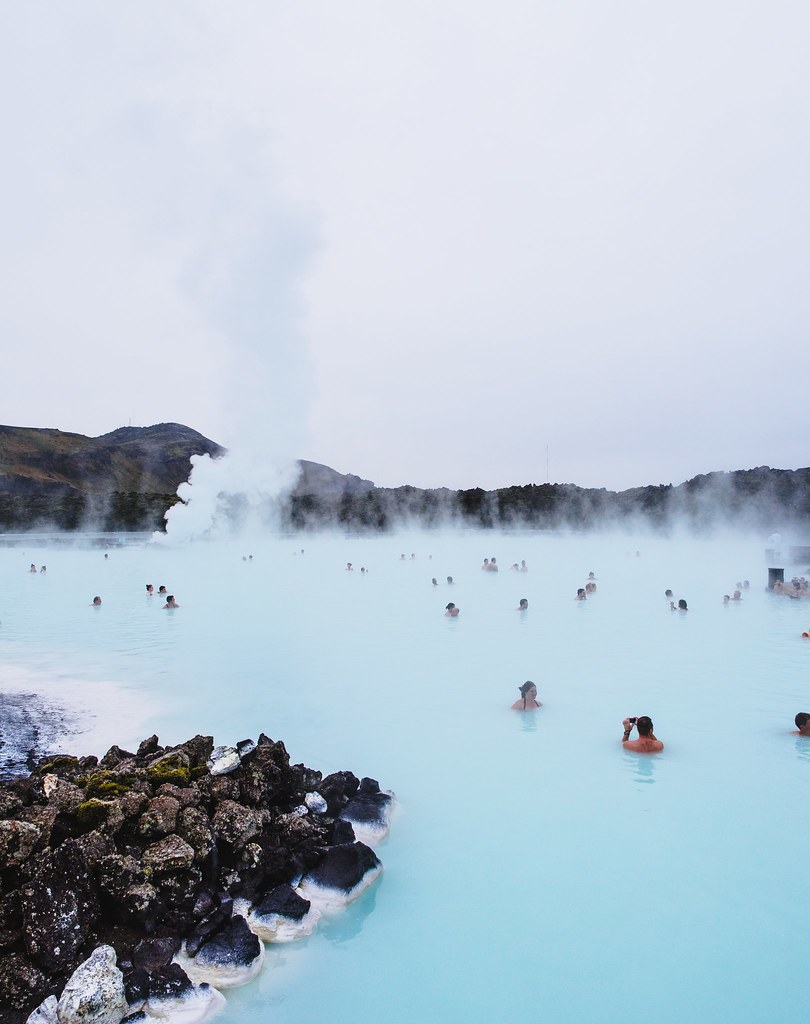 Being the country of extremes it is, Iceland’s seasons draw some interesting contrasts of their own. In winter you can expect long dark nights however come summer between June and August the sun barely sets before it’s up again. It’s a strange feeling and will take some getting used to but it does mean that there will always be enough light to get in as much sightseeing as possible. 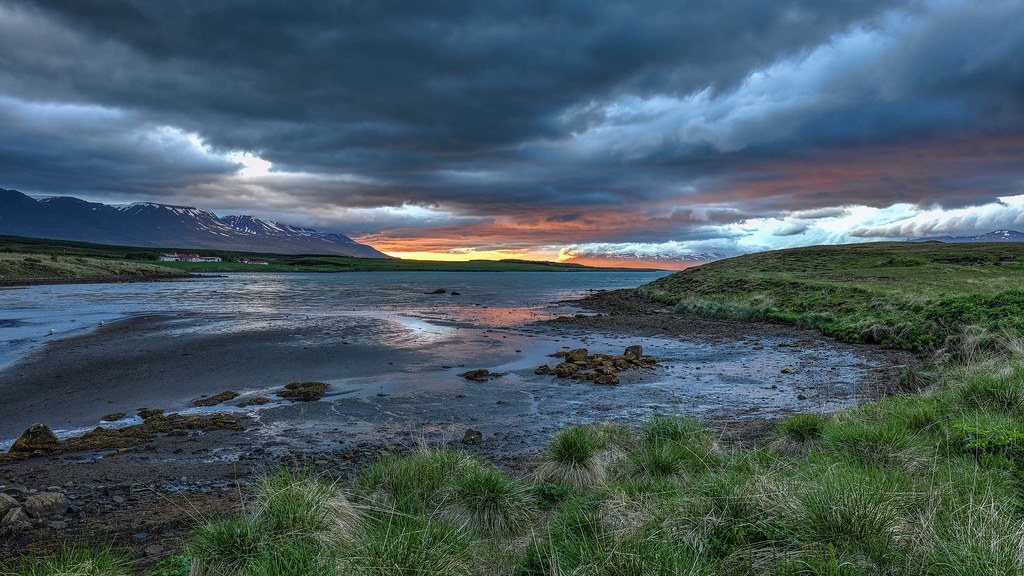 Possibly my favourite part of this little country is the whimsy and folklore surrounding it. With a history tied very closely to the Vikings there are many activities dedicated to learning more about this fierce group of people who settled on Icelandic shores around 870 AD.

A little more unusual is the local belief in elves (huldufólk), or hidden folk, as they’re more commonly referred to. Although very strange to outsiders the belief is very much a part of the Icelandic culture. It’s not uncommon to spot small wooden alfhol (elf houses) in family gardens and there is even an Elf School in Reykjavik where you can learn all about the mystical creatures.

With more than 4 500 square miles of glacier in Iceland there’s no way of avoiding these grand structures so take a walking tour along the glaciers or a self-guided driving tour of Ring Road, the main national route that circles the country. For the more adventurous at heart guided ice climbing tours are also available. Trained professionals will guide you every step of the way and provide all the gear so any level of climber can have this once in a lifetime experience.

While you’re there why not check out some of the ice caves usually found in and around glaciers. A number of movies have been shot from inside these crystal walls and they are even more stunning in real life. 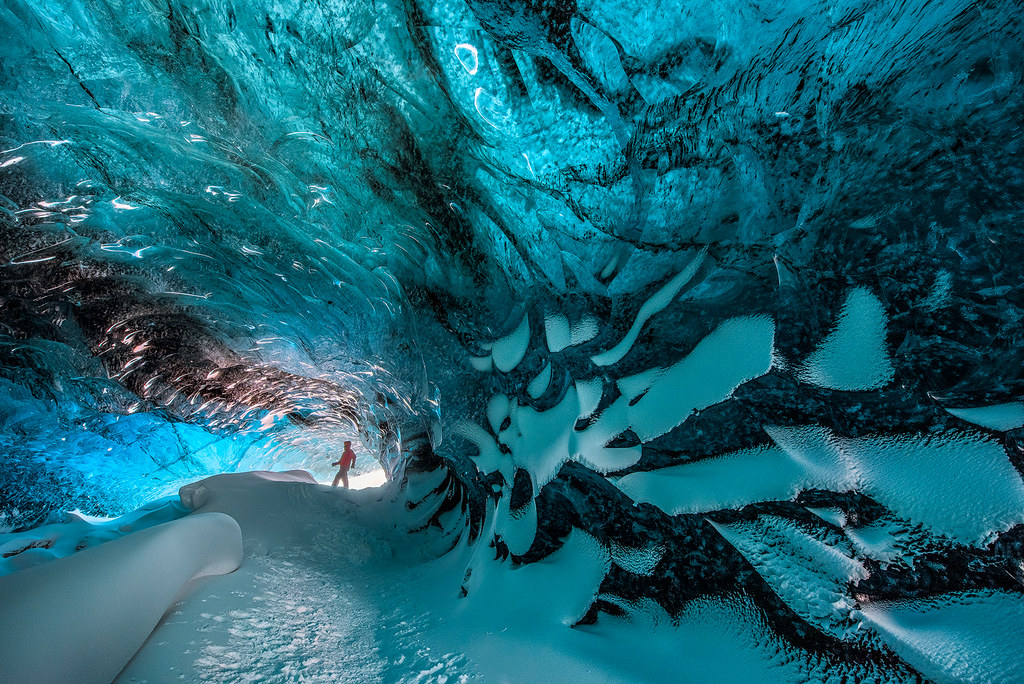