You are here: Home / Travel / Africa / 10 places you have to take your foreign friend in Cape Town
837
SHARES
FacebookTwitterStumbleuponBufferPinterestPocketGoogleWhatsapp
Mail

It’s no surprise that Cape Town is one of the most visually appealing cities in the world. Its people, coastline and natural landmarks are all vibrant, warm and utterly beautiful. And therefore it makes total sense that you would love to show her off for all the world to see.

So when ‘the world’ or your best friend from Texas arrives at Cape Town International Airport, you’ve got to be ready, armed with a camera, car with a full tank of petrol and a list of places that cannot be missed. If your guest leaves without falling in love with this city, then your tour guiding was an epic fail. So here’s the must-do list guaranteed to make your foreigner stay or promise to return…

Kalk Bay is one of those little rustic areas beside the harbour that resembles no other neighbourhood in Cape Town. You hear the sound of the passing train and smell the ocean whilst you browse antique, bohemian and Moroccan shops. The cuban flag from Cape to Cuba’s restaurant marks the road you’ll find yourself on.

You can choose between bookstores, vintage boutiques, second-hand shops, ice-cream parlors and bakeries. If you go down to the harbour, try Lucky Fish’s parcel of hake, chips and calamari or have a drink in Polana and watch the sea crash against the rocks just outside the window. 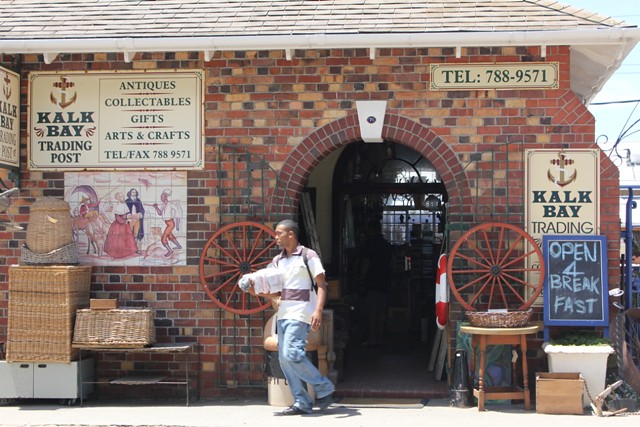 A good way to introduce anyone to this city is by hopping in the car and driving around the peninsula. There is seldom a moment when you won’t be staring at white sand beaches and vast ocean for miles. When driving on the main road and heading towards Cape Point, stop at Boulders beach in Rocklands, pay R40 and go have a peek at the little penguins in the colony.

Everyone is fascinated by the fact that these little guys are not giant king sized penguins waddling in the snow, but instead are the length of your forearm and stare at you whilst you tan on the beach. They bask together on the boulders and swim next to you (at a way faster pace) in the ocean. 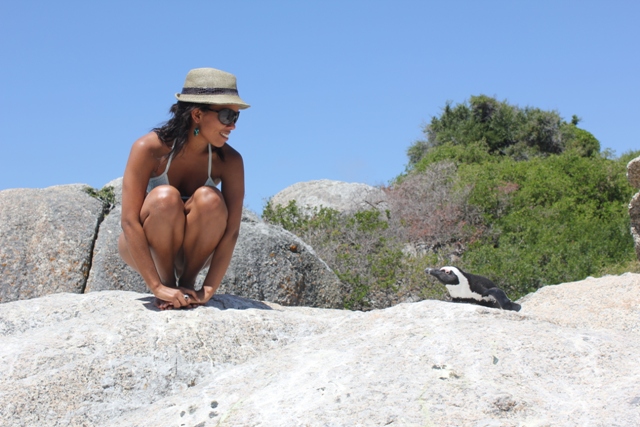 Once you spot grey navy ships docked in a harbour and see buildings beside the road that read ‘1806’ on them, you’ll know you have arrived in our naval base, Simonstown. Park the car in Jubilee square beneath the trees and take a walk down to the jetty. Yachts, boats and dingies are all docked in the harbour . You can go on a boat trip around the bay, buy a wire animal from the vendors or sip a cappuccino at a restaurant overlooking the water. 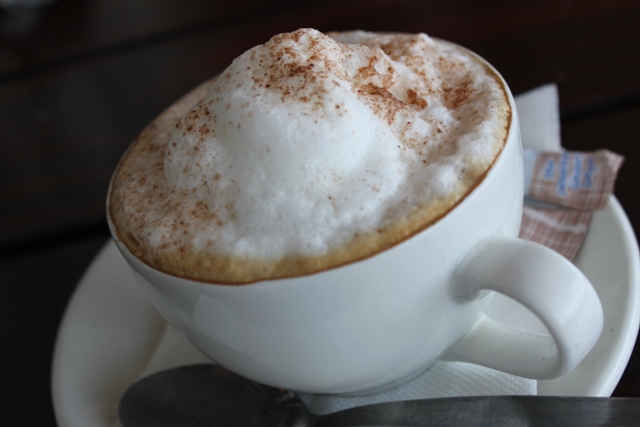 The South-Western most tip of Africa juts out into the sea with ocean in every direction. Adults pay R80 entrance into this Cape of Good Hope section of the Table Mountain National Park. (Don’t get confused, Table Mountain is not really near here at all).

You climb a quite a number of stairs to get to the lighthouse and lookout point unless you’re lazy or injured and then you can take the Funicular up at an addictional fee. It’s quite an experience to realise you’re on the edge of a continent. Have a look at the weather first, because when the wind is blowing in Cape town (which is fairly often), be sure that this is where it blows most fiercely. 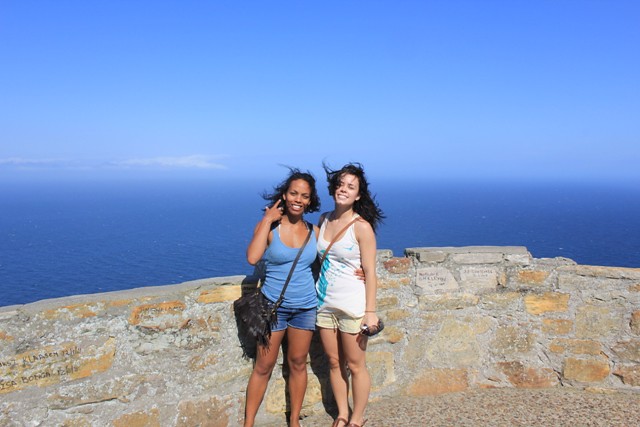 Standing on the tip of Africa 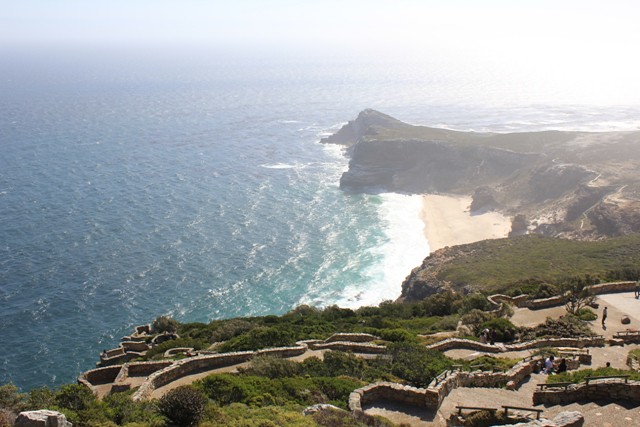 You can go no further! (Unless you drive to Cape Agulhass)

This is one of the reasons people come to the Mother City and that’s to stand atop this flat mountain and look out over the city, its gorges, houses, beaches and land as the sun goes down. Best time to go is during the summer months (November-March) when its warm and when the sunset special is on and you only pay half-price after 6pm.

Better yet, go on your birthday and it’s free. If you don’t want to spend money at the restaurant, take a picnic basket up with you on the cable-car and find a spot facing the Atlantic Seaboard for sunset. Then walk over to the citybowl side to see the lights and watch the city buzzing at night. There are great photo opportunities here, but take a tripod if you have one for when the light fades. 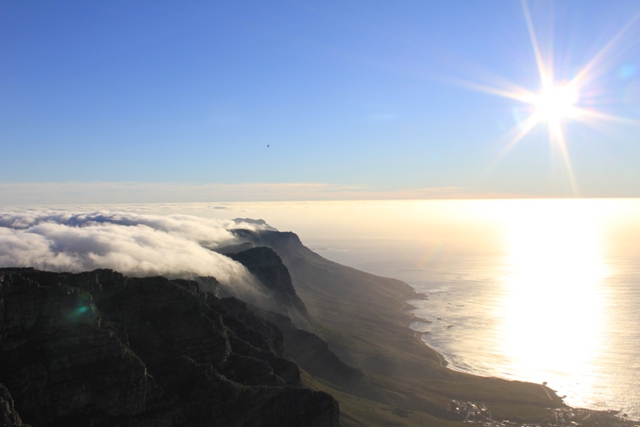 Sunset views from the top of Table Mountain 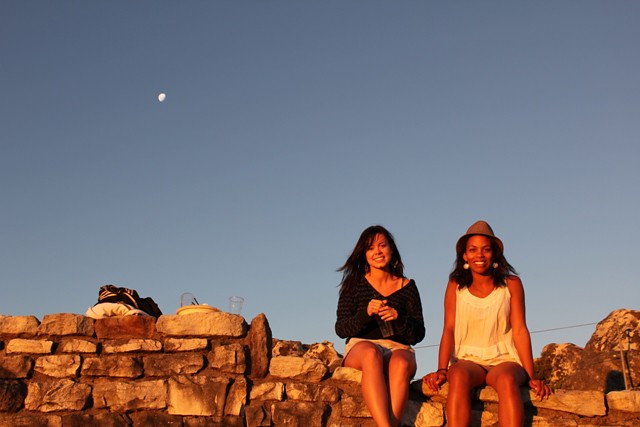 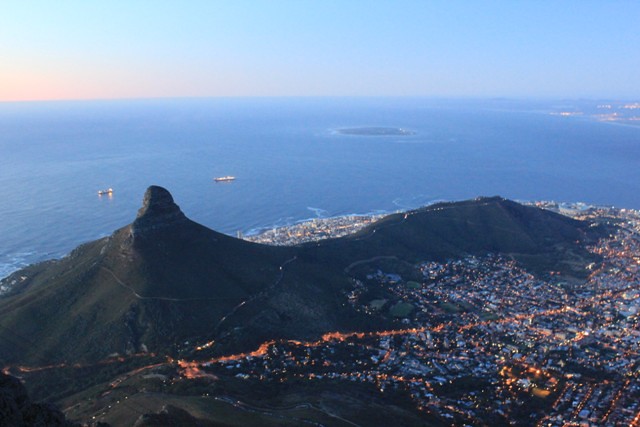 If there was a ever a place to learn to surf, Cape Town would probably be it and Muizenberg the ideal beach. With lovely waves for beginners and beyond, you can rent boards and wetsuits from the surfshops in the corner. I made the mistake of taking my buddie to Clovelly corner where the waves and condition were not as friendly.

There are flags to indicate whether the water is shark-free and when if a siren goes off, run, jump and swim out of the water asap because this usually means one thing. But if you have to get out the water early, do yourself a favour and get a boerewors roll with dhania sauce for R18 from the stand at the circle. It’s without a doubt one of the best things about muizenberg. 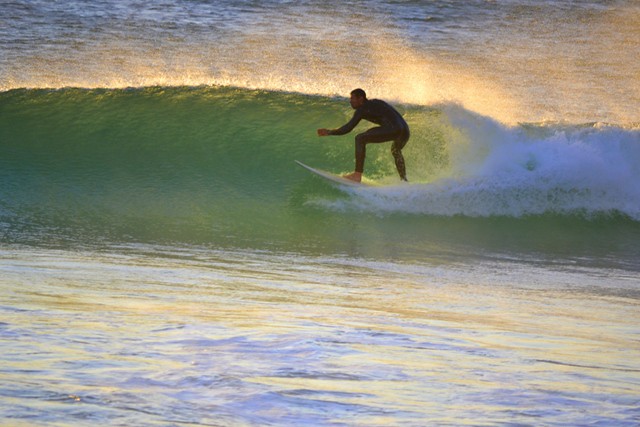 Llandudno beach is my favourite for pure sun enjoyment and picnics. The surfers with real skill surf in this icy water and when it gets really hot, you will have to dip more than your toe in too. 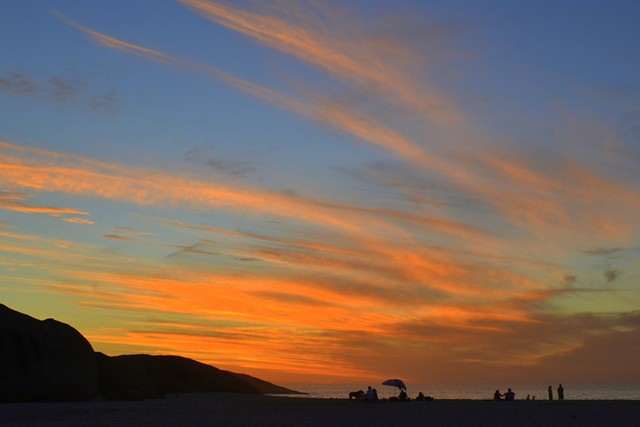 A market filled with trinkets from all over Africa can be found at this square. From cheap African music CD’s, to copper bangles and carved wooden salad spoons. When the bartering gets to much, there are many little coffee shops and deli’s lining the square where you can take a breather. 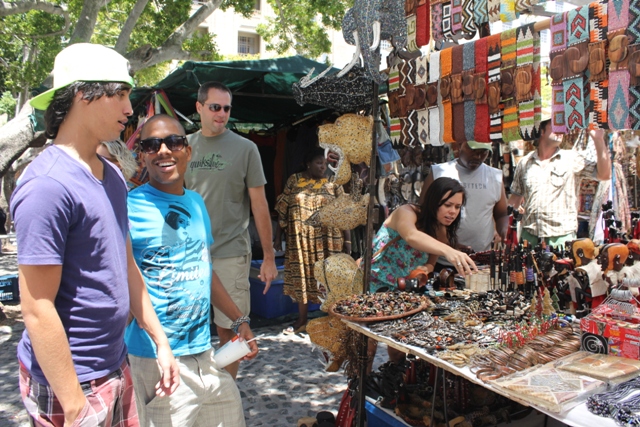 By Night: The Waiting Room

Due to the fact that everyone has to experience the eclectic bustle of Long Street at night, I suggest the waiting room above Royale Eatery as the place to chill, where you can hung out on the rooftop, dance in the lounge and watch the madness below from the balcony. It has the feel of a lofty apartment with a touch of retro thrown in.

Best time to go: Friday nights around 11pm for Nastie Ed’s funky, soulful sets. When he’s playing, there’s no reason for you to stay sitting.

If you go in the middle of the day, don’t be alarmed if you’re the only one under the age of 60 here as it’s a favourite amongst the old folk. But it is seriously charming with scrumptious scones, english breakfasts, fireplace in winter and cakes in abundance. You can cut your own roses from the buses. You pay per rose and walk amongst their the blooms with your clippers and bucket. The view of the farms and mountain go down very well with a cup of coffee.

Supposedly this is the most visited spot in Cape Town surpassing even Table Mountain. I can’t think why but it must be the endless shopping opportunities, restaurants in the port, live performances at the amphitheatre and boat trips to Robben Island that keep people coming back from more.

Anything you need to purchase will most definately be found within this mall, Louis Vuitton bag, Spur, Vida E Caffe, M.A.C make-up and whatever else your heart or foreign currency desires. 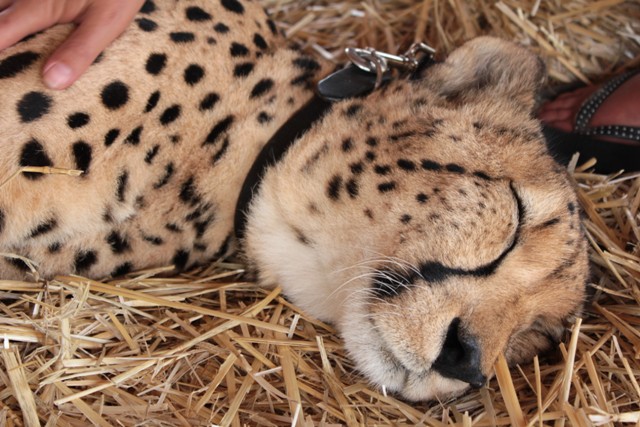 Without visit a vineyard, your journey here is only half-complete. At Spier in Stellenbosch you can choose between eating a buffet Moroccan restaurant Moyo or buying a picnic pack at the deli and eating on the lawn. You can buy mosaics or other artworks from local artists beside the lake.

EDIT: Moyo has now closed down ( April 2014) but Spier continues to be a world class wine estate and picnic venue. New & delicious restaurants have already opened up, such as The Hog House and Eight. You can even book your own picnic online at the Eight to go Deli.

Most exciting for anyone new to South Africa is the chance to get up close to a wild animal. You can pay to touch a cheetah. If you’re allergic to cats, I would advise against this as the last time I tried to touch its spotty fur, my eyes itched, I sneezed uncontrollably and I developed red bumps everywhere.

Even though they are the faster animals ever, seems they are also the laziest and spend most of the day sleeping. And this is when you step in with a guide and gently stroke his fur and get that safari photo that will reassure people we still have wild cats lazing in our back yards.

If you can you add to this list then please do in the comments! We’d love to hear where you love taking friends and family in Cape Town.